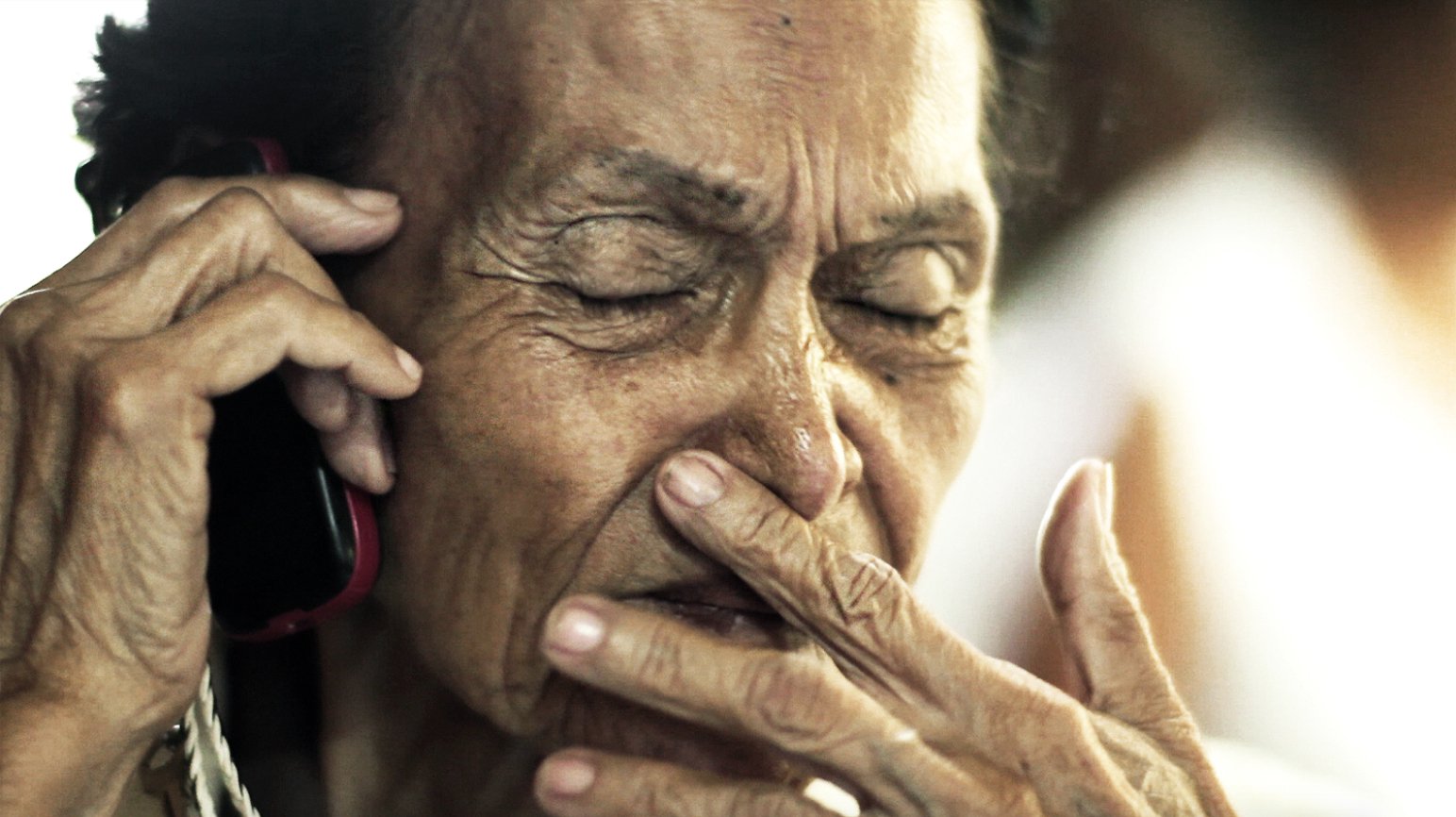 In this lesson students will learn the history of an often-overlooked part of World War II - the girls and women forced into military sexual slavery under the occupation of the Japanese army. In The Apology, three of the surviving women, nicknamed “the Grandmas,” Adela Barroquillo from the Philippines, Cao Hei Mao from China and Gil Won-Ok from South Korea, relate their experiences as young girls during the war and reflect on the scars this violence left on their entire lives.

Sexual violence and rape during war is not unique to World War II, nor are women and girls the only victims. Governments and the military use rape as a weapon of war to dehumanize and humiliate populations, exert their power and damage communities for generations.

For over 70 years these women, euphemistically called “comfort women,” have carried the weight of shame, trauma and fear of rejection. Many did not speak about what they had experienced. They were sometimes pressured into silence by their communities, who regarded the women as shameful or even blamed them for what occurred. It has taken decades for their stories to emerge, but as Director Tiffany Hsiung of The Apologysays, “They still need us to listen and respond.” Learning to listen deeply to and acknowledge the stories of survivors is a form of justice. This lesson uses first-hand testimonies to understand the consequences of war through the eyes of women who are sharing their stories as an act of healing, a form of resistance and an attempt at historical reconciliation.

Note to Educators:The Apologyis a documentary film about women’s experience of sexual violence and rape during war. While the focus on the lesson revolves around what we can learn from their stories and how it can inspire change, students are asked to be active listeners as the women share traumatic memories. Setting the historical and emotional context for this lesson and creating a safe space within your classroom to discuss this topic is critical. It is expected that this lesson would be integrated only within courses where students have been prepared to encounter this history and have the maturity with which to share and process the information.

In the Resource section of this lesson you will find several recommended organizations and materials to use as you prepare to approach this topic with students.

By the end of this lesson, students will be able to:

The extension activities also offer students the opportunity to:

One class period with homework and possible extension activities.

Explain to students that they will be watching a series of short clips from the documentary film The Apology. The clips offer a window into the lives of three women forced into military sexual slavery by the Japanese Imperial Army during World War II.

Step One: Setting the Historical Context

Review the historical context of World War II in the Asian-Pacific region. There are many maps of this period of time including this one from West Point. The purpose of this review is to have students get a sense of the geographic scale and span of the Japanese occupation.

We highly recommend reading this brief overview of Japan’s quest for power from 1931-1945. See “Japan’s Quest for Power” in Asia for Educators from Columbia University.

Set the format: Have students get a clean sheet of paper and pencil and ask students to remain quiet throughout the activity in order to help foster a space for reflection.

Explain the activity: Share with students that they will now be watching a series of short clips from the documentary film The Apology. Explain that after watching each clip a question will be posed to prompt reflection on a particular detail from the segment. Explain that after watching the sequence of clips, students will use their answers to construct a cinquain poem to help them reflect upon these women’s stories and this episode of World War II history.

Watch Clip 1, then, read aloud this statement from Grandma Gil:

“I understand that my visit is not appreciated. It is very difficult for someone like me to come to Japan. I don't know what you think about people like us who have been abused like us. We were born human, but haven't been able to live like normal humans. I will keep talking until the day I die. I am sincerely asking the Japanese government if they can speak the truth. Once we resolve the 'comfort women' issue, this war can finally end.”

Writing Prompt: Thinking of the public statement Grandma Gil made at the Japanese Embassy in Seoul, and what you watched about Grandma Gil’s life. Write two words that you feel describe her personality.

Watch Clip 2, then have students respond to this writing prompt:

At the time of filming Grandma Cao lived alone in China at the age of 92. After “meeting” Grandma Cao through this film clip, write four words that describe her personality and/or her home.

Watch Clip 3, then have students respond to this writing prompt:

Watch Clips 4 and 5. After watching the clips, ask students to respond to this writing prompt:

Write down eight words that describe the emotions you felt or observed in these two film segments of Grandma Gil.

Watch Clips 6 and 7. Have students note one word for each clip that describes the actions of the Grandmas and their supporters.

A cinquain poem is a 5-line poem that does not rhyme and can be written about anything. The syllable pattern of a cinquain is 2, 4, 6, 8, 2; with this pattern, a unique visual shape emerges.

Instructions for students: Write down the words you used after viewing each of the film clips from The Apology. You may elect to assemble them as they were written or you may elect to move the words around to create another form.

Continuing to be silent, have students spend ten minutes creating their cinquain poem from their written responses to The Apology. If time allows, have students share their poem in pairs or invite volunteers to share with the entire class.

Collect the poems from students. You may begin the next class in one of these ways:

The Space We Hold

An interactive web project inviting students to interact more deeply with the stories of Grandma Gil, Grandma Cao, and Grandma Adela. From the website, “In an era where rape continues to be used as a weapon of war and where sexual shaming and online harassment is commonplace, The Space We Holdasks us to imagine new ways of listening and responding to sexual violence.”

In 2018, Nadia Murad and Dr. Denis Mukwege were awarded The Nobel Peace Prize for their efforts to end the use of sexual violence as a weapon of war and armed conflict. In the press release announcing the award, the Nobel Committee stated:

This year marks a decade since the UN Security Council adopted Resolution 1820 (2008), which determined that the use of sexual violence as a weapon of war and armed conflict constitutes both a war crime and a threat to international peace and security. This is also set out in the Rome Statute of 1998, which governs the work of the International Criminal Court. The Statute establishes that sexual violence in war and armed conflict is a grave violation of international law. A more peaceful world can only be achieved if women and their fundamental rights and security are recognized and protected in war.

Learn about International Law and Conventions on Sexual Violence during War

Read “UN Background Information on Rape as a Tool of War.” Read the Historical Timelinefrom United Nations Entity for Gender Equality and the Empowerment of Women.

In The Apologywe see the unveiling the Peace Statue to commemorate the 1,000th Wednesday demonstration of the Korean Council for the Women Drafted for Military Sexual Slavery by Japan.[8]This statue is one of many around the world to commemorate this wartime atrocity and the ongoing struggle for a full acknowledgement and reparations. To learn more about the history of the Peace Memorial we see in The Apologysee “Japan Recalls South Korean Ambassador in Protest of ‘Comfort Women’ Memorial.”[9] Students may research the World War II memorials in their area and draft a proposal for incorporating the history of “comfort women”—or other underrepresented victims of war. Have students design an informational poster to place on/near a local memorial, to make the commemorative work more inclusive.

The focus of the women’s activism in The Apologyis personal and political. We see the Grandmas and hundreds of supporters organizing to pressure the current Japanese government to accept responsibility and be held accountable for their past crimes and to offer reparations. To learn more about this campaign see the 100 Million Signature Campaign.

“Violent rape just one of many disasters for Rohingya refugees,” NBC News,December 19, 2017.

https://www.nfb.ca/film/apology/ — The National Film Board of Canada’s website about the film includes purchase information and streaming clips.

www.pbs.org/pov/theapology — Offers a streaming video trailer for the film; an interview with the filmmaker; a list of related websites, articles and books; a downloadable discussion guide; and special features.

http://www.pbs.org/pov/educators/media-literacy.php —This list of questions provides a useful starting point for leading rich discussions that challenge students to think critically about documentaries.

Reading Literature and/or Information: Integration of Knowledge and Ideas.

RL/RI.X.7. Integrate and evaluate content presented in diverse media and formats, including visually and quantitatively, as well as in words.

RL/RI.X.9. Analyze how two or more texts address similar themes or topics in order to build knowledge or to compare the approaches the authors take.

Speaking and Listening: Comprehension and Collaboration

SL.X.1 Prepare for and participate effectively in a range of conversations and collaborations with diverse partners, building on others’ ideas and expressing their own clearly and persuasively.

SL.X.2. Integrate and evaluate information presented in diverse media and formats, including visually, quantitatively, and orally

SL.X.3 Evaluate a speaker’s point of view, reasoning, and use of evidence and rhetoric.

Write routinely over extended time frames (time for research, reflection, and revision) and shorter time frames (a single sitting or a day or two) for a range of tasks, purposes, and audiences.

This resource was created, in part, with the generous support of the Open Society Foundation and The Center For Asian American Media.

Movies with a Mission: 'The Neutral Ground'