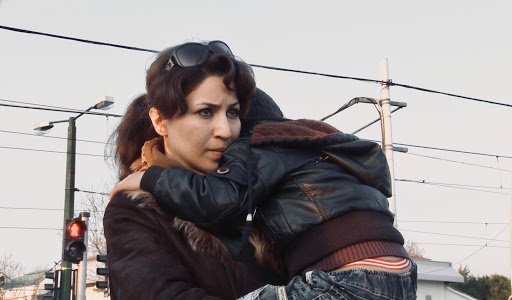 View the trailer hereand sign up to receive updates here.

With adultery punishable by death in Iran, a young couple make the fateful decision to flee the country with their son. Love Child follows the trio on their life-threatening journey to plead asylum and witnesses a mother’s heartbreaking fight to keep her family together and secure a future for her son.

View the trailer hereand sign up to receive updates here.

With adultery punishable by death in Iran, a young couple make the fateful decision to flee the country with their son. Love Child follows the trio on their life-threatening journey to plead asylum and witnesses a mother’s heartbreaking fight to keep her family together and secure a future for her son.

This guide is an invitation to dialogue. It is written with a sensitivity for those who have left everything behind with the hopes of something more. It is also written with the understanding that Leila, Sahand, and Mani’s stories are incomplete and still in progress. This guide is an invitation to explore topics and conversations around family, love, community, belonging, humanity and the experiences of asylum seekers.

This guide is designed for people who want to use Love Child to engage family, friends, classmates, colleagues and communities in dialogue around issues presented in the film. This discussion guide is meant to inspire people with varying degrees of knowledge about these topics to enter the conversation and hopefully stay in the conversation in order to impact change and awareness.

The discussion prompts are intentionally crafted to help a wide range of audiences think more deeply about the topics in the film. Rather than attempting to address them all, choose one or two that best meet your needs and interests.And be sure to leave time to consider taking action. Planning next steps can help people leave the room feeling energized and optimistic, even in instances when conversations have been difficult and/or uncomfortable.

This documentary follows Leila and Sahand, who have been in an adulterous relationship, and their child, Mani, as they go into exile in Turkey to flee Iran and the potentially deadly consequences of how their family was formed. In this unlikely love story, this fractured family tries to make themselves and their family whole again by legitimizing their love and their lives as asylum seekers. This film provides insight into intimate moments and hardships, impossible questions, and the persistent desire to thrive, as this family attempts to start a new life together while being forced to grapple with the bureaucracy and politics of international laws that legislate love and relationships.

The Criminal and Penal Codes in Iran

In Love Child, we journey alongside Leila, Sahand and their child, Mani, fleeing Iran to seek asylum. Asylum is a form of protection for people suffering persecution in their home country. In this family’s case, we learn that what is at stake is life or death because in Iran adultery is considered a crime that is subject to the penal code and public death sentencing (Shiran, 2010). A penal code defines laws, crimes, and corresponding punishments for when certain laws are broken. Often, criminal codes are influenced by moral codes, and Iran is a Muslim country in which Islamic law is enforced and impacts the moral code of the people. This means that what might be traditionally understood as a moral or ethical question - like extramarital affairs - are punishable by law in Iran. One of the alarming issues with the use of the penal code in Iran is that in 2011 Iran executed 600 people who violated their penal codes, 143 of these cases were children. The loss of lives due to the moral rules held up by religion and its intersections with criminal law, set the parameters of everyday life. Often these executions are public as a means of using lethal punishment as a scare tactic to keep others abiding by laws. Sahand shares the ways his experiences of witnessing public executions as a child, as one of the reasons he has reason to believe he and his family are under threat. Oftentimes, the punishments of violating penal codes permit torturous and cruel behavior such as stoning, flogging and amputation - these punishments retain discriminatory consequences against women and religious minorities. These executions and codes of conduct of governing the people in Iran have been argued as a human rights issue as people continue to fight against them, or flee from threat, in order to experience the fullness of life that is not governed by moral codes and fear.

The Rights of Women of in Iran

In Iran, criminal offenses that can (and have historically) led to death by public execution include, but are not limited to: consensual sex outside of marriage; drinking alcohol; not following the Muslim faith practices; and - as we see in the film - adultery. All people are impacted by the conditions, laws and penal codes in Iran, but women experience extremely limited rights. Iran’s supreme leader, Ayatollah Ali Khamenei, has described gender equity/equality for women as “unacceptable” and against the Islamic Republic (Human Rights Watch, 2015). As of 2015 women could not leave the country without their husband’s permission, watch a men’s sports game, or make reproductive justice choices for themselves. While there have been some advances for women and girls in Iran, in the forms of education and healthcare, women’s lives are often defined by exclusion, inequality and restriction - which we also learn through Leila’s experience trying to escape unlivable conditions.

In the film, Leila says, “I risked everything. Not for a good life or for money but for a life where his [Mani] mother and father can be together.” In Love Child, Leila found herself in a dangerous environment - her husband was suffering from addiction and throughout the years of their marriage was also abusing her and creating volatile conditions for her and Mani. When Leila found connection, safety, and love with Sahand, and after Mani was born from their relationship, she made a choice for the safety of her family. However, due to moral regulations enforced by harsh criminal codes, her experiences of survival and becoming a mother would have been determined as punishable by death.

Due to the multiple offenses against Iran’s moral codes, this family was forced to flee for their own safety and their families’ safety and escape to Turkey. While in Turkey, the family begins the arduous, painstaking asylum granting process through the United Nations’ formal application, and we also see the pain of leaving family behind which allows for a more complex understanding of the impossible choices Leila was forced to make.

From this film viewers understand that asylum is a form and right of international protection. This right to protection is granted by immigration authorities, and if asylum is not granted, the asylum seeker then becomes an illegal immigrant who may be asked to leave the country and/or face deportation. In the case of Leila, Sahand and Mani, they were eventually granted asylum. They chose to live in the United States, but the United States was then closed for asylum seekers from Muslim countries, making their long journey towards safety, once again precarious. The travel ban that restricted travelers from Muslim countries was put into place by Donald Trump. Immigration was a central focus of his campaign and shortly after winning his election he began to introduce exclusions and limitations on who could enter the United States, many of these limitations have been described as unconstitutional and discriminatory. Muslim countries such as Iran, Syria, Somalia, Yemen, and Libya were targets of this travel ban into the United States because President Donald Trump believes these countries have “significant terrorists presence.”

Due to religious intolerance and ideas of xenophobia being spread widely on political platforms, which we see present with the exclusions of who could enter the United States, the family became victims of anti-Muslim bigotry. It becomes clear that, for some, the journey towards safety from intolerance and persecution is long and full of struggle; and that penal codes are not the only way that people experience threat of violence. Every year around one million people all around the world seek out asylum. At the end of 2019, there were approximately 4.2 million people around the world waiting for a decision on their asylum case.

Immediately after the film, you may want to give people a few quiet moments to reflect on what they have seen. You could pose a general question (examples below) and give people some time to themselves to jot down their thoughts, share their reflections with a partner, or to think about their ideas before opening the floor for discussion.

Immediately after the film, you may want to give people a few quiet moments to reflect on what they have seen or pose a general question (examples below) and give people some time to jot down or think about their answers before opening the discussion:

PROMPT FOUR: THE BOUNDARIES OF LOVE AND HAPPINESS

Read about the rights of people in Iran and those seeking amnesty.

Seek out organizations that educate your local community about the realities of those who are refugees and seeking amnesty.

Read about the rights of immigrants and how they connect to race and class through the ACLU.

Read about anti-Muslim bigotry andIslamaphobia of those attempting to enter the United States of America and make a life a for themselves from muslim countries.

Think deeply about what is anti-muslim hatred and how it manifests in contemporary issues.

See how you can get involved and support asylum seekers in the United States here.

Maureen Nicol
Maureen Nicol is a Doctoral student at Columbia University studying Early Childhood Education and the Founder and Director of Camp Story - a pop-up arts camp based on the continent of Africa. Her background is in teaching and education. Maureen is committed to working with young children and educators to ensure every child and teacher knows their value, worth and power. Maureen's research and work interests have always always situated children of color but specifically young Black girls. Her ultimate goal is to make schools safer places for young Black girls with the idea of safety being articulated based on the terms and articulations of Black girls. Maureen is also researching and building curriculum for young girls (specifically young girls of color) on how they can be seen themselves as feminists using arts integration. In her free time, Maureen enjoys going on long walks with her dog, baking and maxing out her library card with good reads.

Thanks to those who reviewed this resource

This resource was created, in part, with the generous support of the Open Society Foundation.