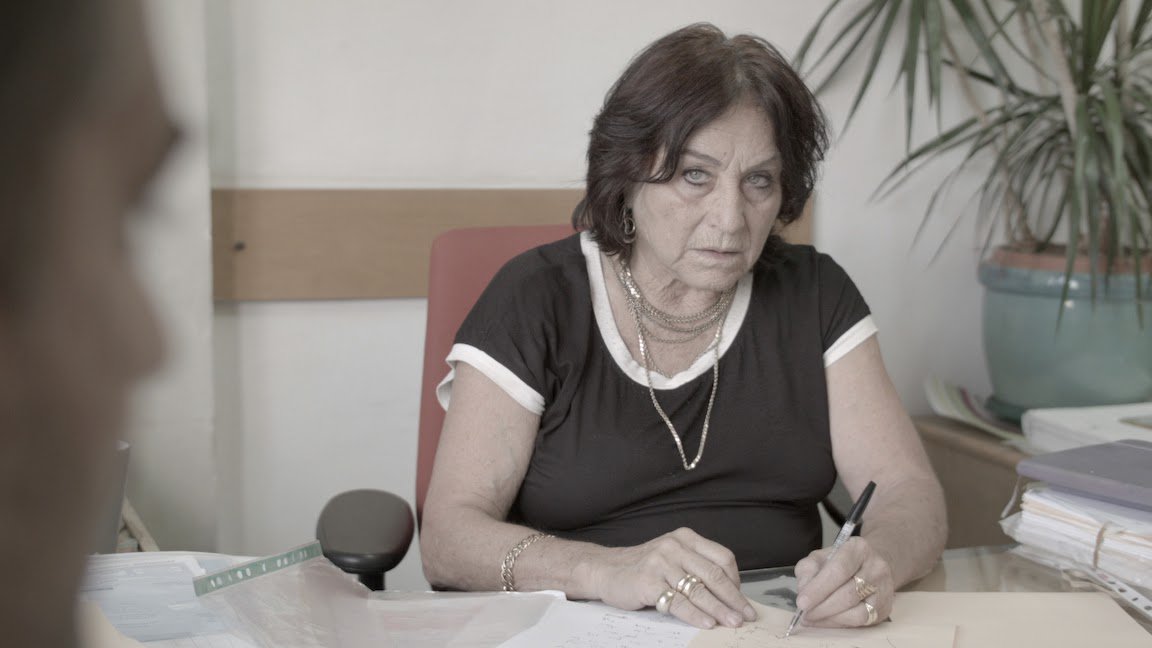 In 2020, POV asked the Advocate filmmakers what's happened since the cameras stopped rolling.

What further developments have happened in the case of the young Palestinian boy, Ahmad, who was on trial for a stabbing attack in East Jerusalem?

Ahmad, now 18 years old, has served about half his sentence (which Lea succeeded to reduce to 9.5 years in the high court appeal). While the Israeli authorities do not allow "security" prisoners access to formal education, there is an informal pedagogical system run by the prisoners themselves and Ahmad has been able to advance his high school studies. Ahmad is one of some 700 Palestinian minors detained and/or imprisoned by Israel every year.

How has COVID-19 and recent global cultural shifts affected the perception, if at all, of the occupation and the current fight for justice in Israel?

The novel coronavirus pandemic has highlighted structural inequities the world over — including those between the Occupied Palestinian Territories (OPT) and Israel. While the Palestinian Authority has handled the spread of infection with relative success, the Israeli occupation authorities have tried to hamper those efforts by demolishing field hospitals and testing sites set up by the Palestinian Ministry of Health. Similarly, under the guise of novel coronavirus regulations, prisoners rights have eroded, with no prison visits, and few defendants being allowed to physically attend their own trials.

What has the response been to the film in Israel and Palestine?

The response to the film in Israel/Palestine has been overwhelmingly positive. While we did face some attempts to censor us and impose sanctions on organizations that supported the production and/or distribution of the film, those attempts largely failed and Advocate garnered more enthusiasm and more exposure, instead. In addition to winning "Best Israeli Film" at DocAviv (Israel's leading documentary film festival), Advocate also won Best Feature at the Israel Documentary Awards. Upon being shortlisted for the Oscars, We received various invitations for screenings in the West Bank and Gaza by both Palestinian Authority and civil society groups. These plans had to be postponed due to the coronavirus outbreak. Accordingly, the film received positive reviews in both the Hebrew and Arabic press.

Lea Tsemel was a well-known if not controversial figure in Israel before "Advocate", how has her profile changed, if at all, a result of the film and the exposure from it?

Thanks to the film, a whole new generation of Israelis know about Lea and her personal, political and professional trajectory. Recently, in the anti-government protests calling for an Prime Minister Netanyahu to resign, Lea has represented a whole new generation of activists — detainees from the weekly demonstrations — many of whom recognize her from the film. For some, it's like seeing a mythical figure (small-statured in real life) appear toward dawn after spending the night in handcuffs. The least initiated among them have asked her naively: "You defend Jews too?!"

In the wake of the film's release, Lea, like the film itself and us its makers, has faced antagonism including calls to de-bar her or strip her of privileges (such as her role as chair of the military courts committee) at best, as well as calls to prosecute her for the opinions she expresses at worst. Well, that's the polite version of worst. However, like in the ending of the film Monsters, Inc. we too discovered that the power of laughter (read: solidarity, empathy) is tenfold that of screams (read: censorship, aggression). Overall, we'd have to say that Lea Tsemel is publicly appreciated more than ever. As one salesman in the Jerusalem produce market shouted out to her on the eve of the Academy Awards: "Lea, you're my Oscar!"

Where can viewers find further information regarding Israel, Palestine and the Israeli-Palestinian conflict?

There are many resources for digging deeper. A select sampling of NGOS and media outlets includes: