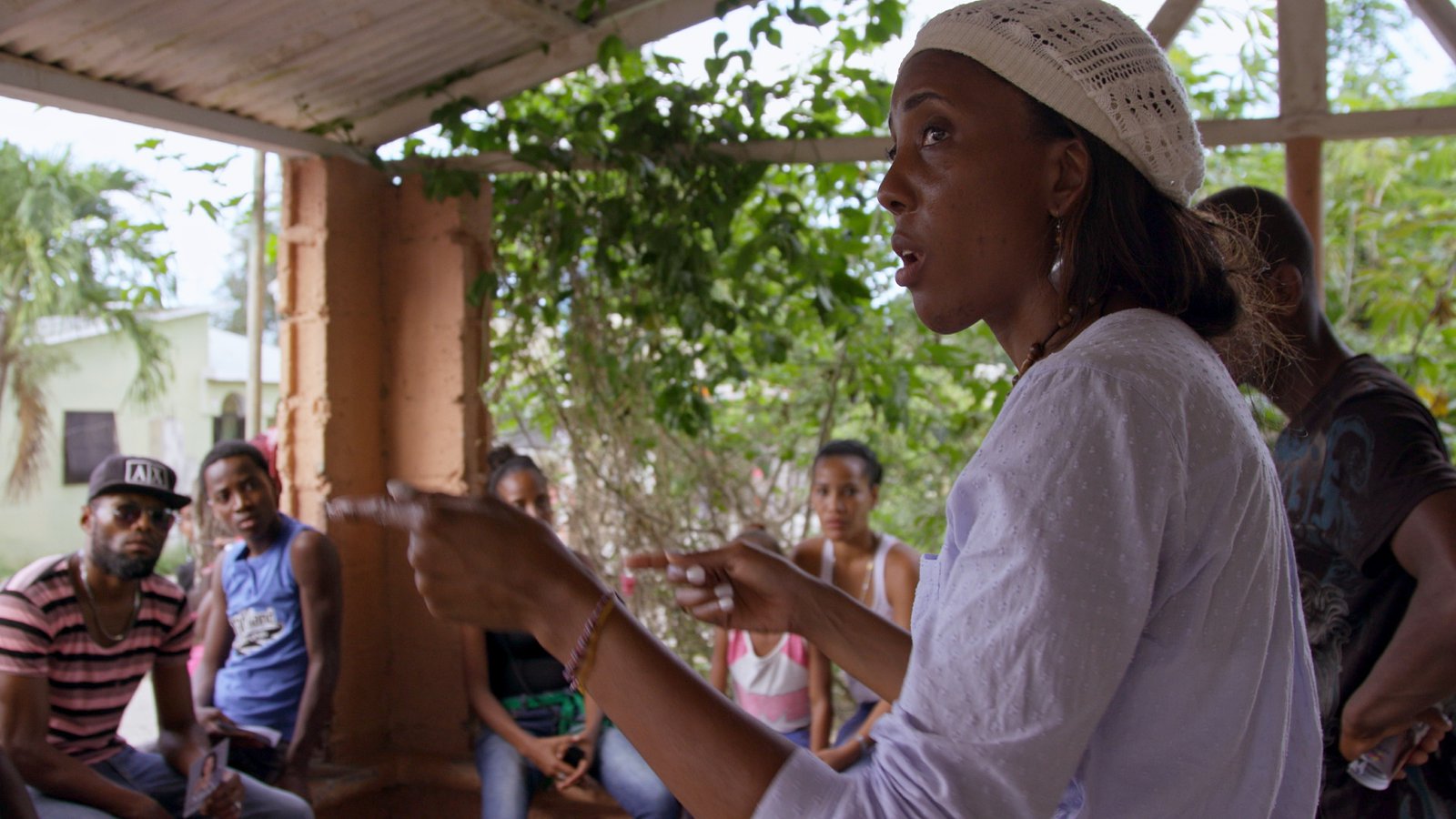 New York, NY — June 15, 2021 — What does it mean to be rejected by the only country you call home? When a ruling from the Dominican Republic Supreme Court strips citizenship from Dominicans of Haitian descent, over 200,000 are suddenly rendered without nationality, identity or homeland.

Award-winning director Michèle Stephenson’s new documentary, Stateless, follows the families of those affected by the 2013 ruling, uncovering the complex history and present-day politics of Haiti and the Dominican Republic through the grassroots electoral campaign of a young attorney named Rosa Iris.

Stateless has its national broadcast premiere on the PBS documentary series POV on July 19, 2021. POV is American television's longest-running independent documentary series, now in its 34th season. The critically acclaimed film is the winner of the Blackstar Film Festival Best Feature Documentary Award (2020) and is an official selection of the Tribeca Film Festival. The film will also be available to stream for free for 30 days at pov.org until August 18, 2021.

In 1937, tens of thousands of Haitians and Dominicans of Haitian descent were murdered by the Dominican army, based on anti-black hatred fomented by the Dominican government. In 2013, the citizenship of tens of thousands was revoked, retroactive all the way back to 1929, leading to the displacement of those who have known the Dominican Republic as home for generations. As attorney Rosa Iris phrases it, “They’re here, but they don’t exist.” With conservatives calling for deportation, immigrations bans or the building of walls, the conflict mirrors those of other countries sharing borders, where violence and racism go hand in hand. Citizens merely advocating for Haitians risk physical harm.

Yet, in this dangerous climate, Rosa Iris mounts a grassroots campaign, challenging electoral corruption and advocating for social justice by running for congress. Stephenson traces the complex tributaries of history and present-day politics, as state-sanctioned racism seeps into mundane offices, living room meetings, and street protests.

“As a hyphenated Black Latina,” Stephenson states, “I felt compelled to express how deeply embedded the racial caste system is in our Latinx communities and how identity and citizenship are so closely connected to anti-Blackness—and yet its discussion either escapes or is superficially misconstrued by mainstream media. Stateless highlights universal themes of access to citizenship, migration and systemic racism. In the US, we are witnessing the chipping away at immigrants’ and citizens’ rights. We are facing a global crisis of white supremacist manipulation of migrants’ rights, birthright citizenship, and human dignity for Black and brown people.”

"Michèle Stephenson is a talented filmmaker who has never shied away from tackling difficult and uncomfortable issues in her work. With Stateless she forces us to look beyond just Black and white into the vast complexities of racism and identity that are truly universal. We are proud to partner with her on this important film," said Erika Dilday, Executive Producer of POV | Executive Director, American Documentary.

Filmed with a chiaroscuro effect, Stateless utilizes hidden camera footage to present a gritty, intimate closeup of the Nationalist movement, the struggles of Dominicans of Haitian descent attempting to navigate a system designed to work against them, and the perils of Rosa Iris’s pursuit of social justice. The film intertwines this narrative with scenes recounting the legend of Moriame, a young woman fleeing brutal violence. The scenes, richly imbued with elements of magical realism, are an artful complement to the realities of the violent and disheartening depths of institutionalized oppression that Stateless brings to light.

Michèle Stephenson continues her longtime connection with POV and PBS with the broadcast of Stateless. She is the co-director, with Joe Brewster, of the groundbreaking American Promise. POV supported Stephenson's VR collaborative work with creative partners Joe Brewster and Yasmin Elayat of Scatter, The Changing Same: Episode One, The Dilemma, which premiered this year at Sundance Film Festival's New Frontier and is also featured at the 2021 Tribeca Film Festival's Immersive program.

As co-founding member of the Rada Film Group, filmmaker, artist, and author Michèle Stephenson draws from her Panamanian and Haitian roots and international experience as a human-rights attorney to tell provocative stories in a variety of media that speak to personal and systemic liberation. Her work has appeared on numerous broadcast and web platforms, including PBS, Showtime, and MTV. Her most recent film, American Promise, was nominated for three Emmys, including Best Documentary and Outstanding Coverage of a Current News Story. The film also won the Jury Prize at Sundance, and was selected for the New York Film Festivals’ Main Slate Program. Stephenson was recently awarded the Creative Capital Fellowship and the Anonymous Was a Woman Award, as well as the inaugural Chicken & Egg Pictures Breakthrough Filmmaker Award. She is also a 2016 Guggenheim Fellow. Her current feature-documentary work in progress is supported by the National Film Board of Canada and the Sundance Documentary Fund. Her community-engagement accomplishments include the PUMA BritDoc Impact Award for a Film with the Greatest Impact on Society and a Revere Award nomination from the Association of American Publishers, and she is a fellow of the Skoll Stories of Change initiative. Her recent book, Promises Kept, written with co-authors Joe Brewster and Hilary Beard, won an NAACP Image Award for Outstanding Literary Work.