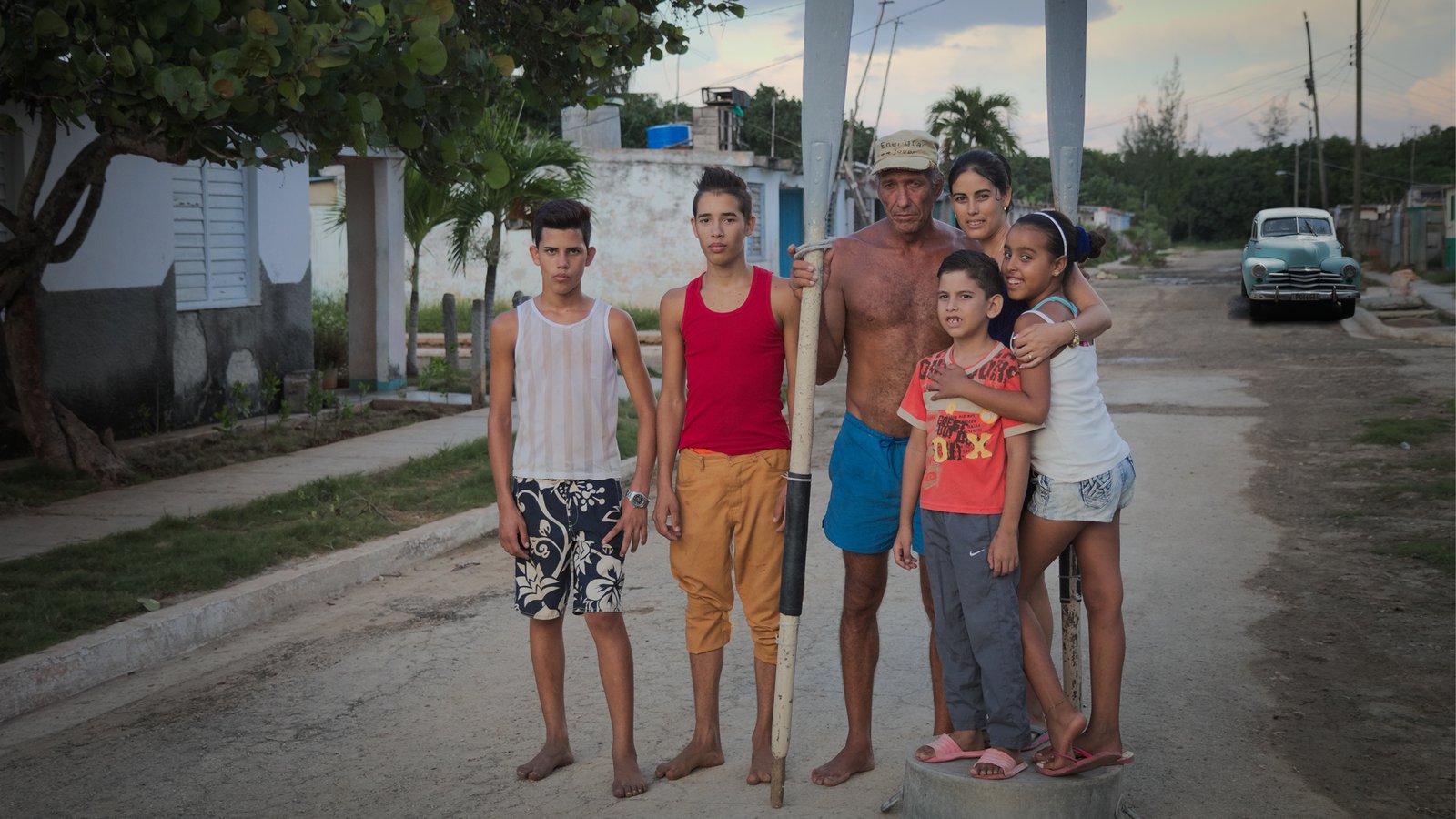 Has the family seen the film? What do they think?

No, the family have not seen the film yet. Though, we are planning a visit to Cuba in the fall to show them the finished film. They have seen some parts during the production as we made the film over several shooting periods.

Have you been back to Cuba since filming?

We are planning a visit to Cuba in the fall to catch up with the family.

Can you give us an update on Pita and the family?

The family are doing fine. Pita is still fishing and teaching the boys his skills. Pita has collected some money to repair his boat and painted it a fetching shade of battleship grey. Mariela has made some progress with her house in Güira de Melena and still hopes to relocate the family to the town once it’s finished, but progress is very slow.

Does Mariela still think of coming to the United States? How is her health?

No, Mariela has given up on her quest to go to the United States, though she still dreams of what could have been. Since the so called "wet foot, dry foot" provision was abolished, it has become virtually impossible for women like Mariela to come to the States. Now it’s pretty much only young single men who make the journey. Mariela, after many set backs, has finally had her operation, and is recovering in Güira de Melena with some relatives. Pita is at home in Playa Cajio, looking after the four children.

Mariela’s operation was held up several times due to adverse weather conditions: first a hurricane, then flooding during a tropical storm and then a fire in the hospital. Mariela is aware that the Cuban health service has its limitations, but it is free to all at the point of contact, something that would not have been available to her should she have reached the United States.

How are Michel and Estrella?

Michel and Estrella are now settled in Ipswich, Queensland, Australia, though they still hanker after the United States. Estrella makes a weekly, short and expensive phone call to her daughter in Havana.

I’m currently working on a film about the oldest amateur movie making club in Great Britain. Formed in 1929, they have been in the same clubhouse since 1935, but with an aging and dwindling membership the club looks set to close its doors. It’s a funny and poignant film about passion and aging disgracefully...oh and about making wonderful, very bad films.