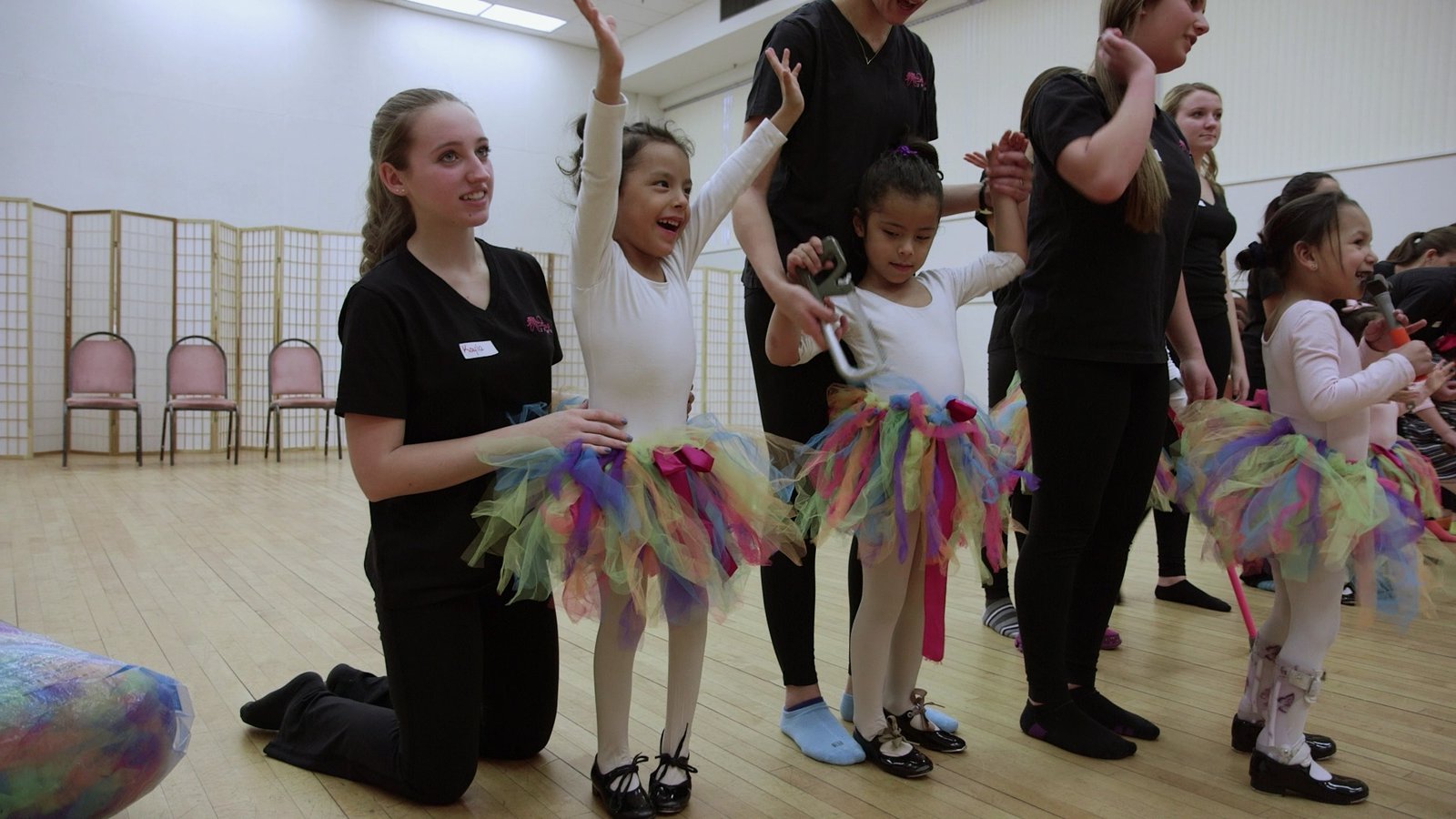 NEW YORK (September 23, 2019) — Perfectly Normal for Me, a documentary celebrating dance, self-acceptance and inclusion, will have its national broadcast premiere this October on America ReFramed, the Peabody award-winning public television series from WORLD Channel and American Documentary, Inc. (AmDoc). Directed by Catherine Tambini, Perfectly Normal for Me captures the vibrancy and inner strength of children and teens with physical disabilities pursuing their interest in performance and movement. An honest portrayal of the ups and downs of a challenged life, Perfectly Normal for Me will air on Tuesday, October 29, at 8 p.m. EST on WORLD Channel and online at worldchannel.org.

Through Tambini’s lens, audiences follow Alexandria, Jake, Veronica and Caitlin — students at the “Dancing Dreams” after school program in Queens, New York — over the course of one year as they prepare for a spring dance recital. Though difficulties arise, the students accept each challenge with grace and dignity, offering proof that desire, hard work and the support of a loving community help them gain self-confidence and enjoy working together as a group.

Perfectly Normal for Me also highlights the dedicated involvement of parents, teenage volunteer helpers and prima ballerina Jenifer Ringer, then of the New York City Ballet, whose respect and candor gives them insight into reaching their goals.

“Viewers will be captivated by the dancers in Perfectly Normal for Me and inspired to pursue their own dreams, no matter their age or background,” said Justine Nagan, executive producer and executive director of American Documentary.

With a can-do spirit, the film subjects become eloquent advocates for the powers of inclusion, respect and empathy — inspiring viewers to create a world where these virtues are perfectly normal.

“This is a film that, like WORLD Channel itself, aims to show both the transformative power of art and the communality we all share,” stated Chris Hastings, executive producer and editorial manager for WORLD Channel at WGBH Boston.

Perfectly Normal for Me is fully accessible and fully inclusive with audio description and closed captioning.

In addition to its television premiere, Perfectly Normal for Me will be available for streaming on worldchannel.org, amdoc.org and all station-branded PBS platforms including PBS.org, and on PBS apps for iOS, Android, Roku, Apple TV, Amazon Fire TV and Chromecast.

Perfectly Normal for Me is a co-production of Latino Public Broadcasting.