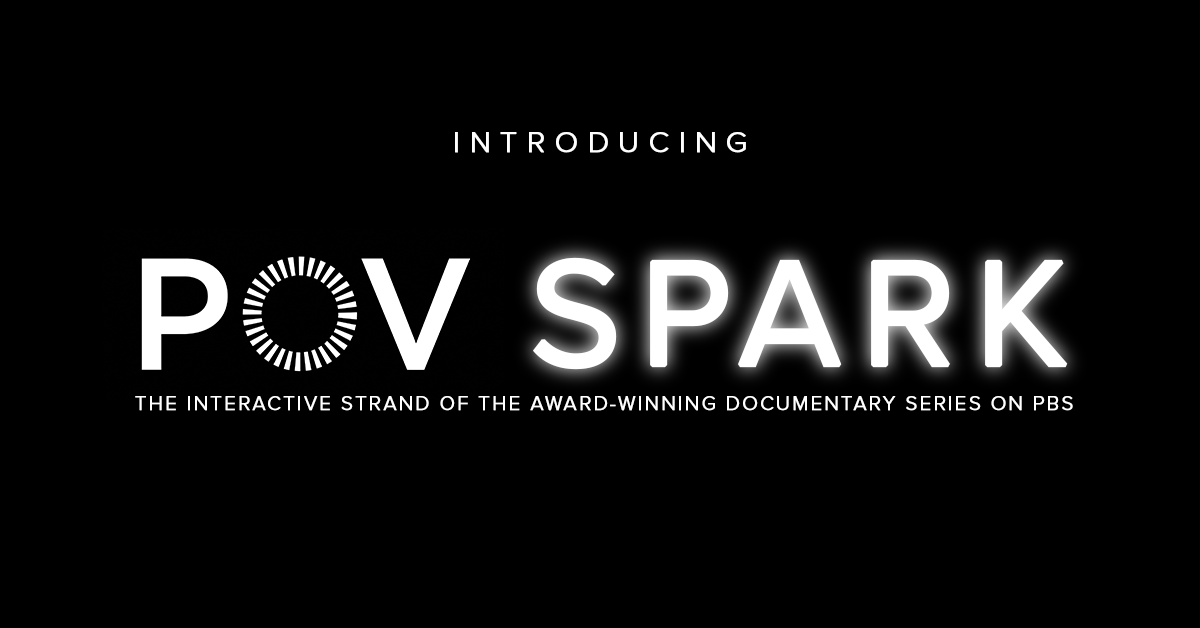 New York, N.Y. — April 16, 2019 — POV, the award-winning documentary series of PBS, takes on the world of interactive media with the launch of POV Spark. Making emerging technologies and interactive projects accessible to audiences beyond expensive headsets and exclusive festivals, POV Spark will produce and fund interactive projects for public media, kicking off its inaugural year with three interactive productions and two field-building initiatives.

Changing Same: An American Pilgrimage is an immersive, room-scale virtual reality experience where the participant travels through time and space to witness the connected historical experiences of racial injustice in the United States. A haunting story infused with magical realism and afrofuturism, Changing Same: An American Pilgrimage examines the uninterrupted cycle of the history of racial oppression, past and present. A co-production of Rada Film Group and Scatter.

The Queen Versus Godfred is an interactive visual podcast taking a deep dive into incidents that occurred one night in 2013, when 26-year-old West African immigrant Godfred Addai-Nyamekye was the victim of horrific police brutality in Calgary, Canada. Using dynamic visuals, audio storytelling, and exclusive investigative materials, The Queen Versus Godfred will be available online in mobile, tablet, and desktop formats. A co-production with Lost Time Media, Big Cedar Films, and the National Film Board of Canada.

Atomu places the viewer at the cyclical center of a Kikuyu tribal myth. Circle the Mugumo tree seven times and transform from masculine to feminine or feminine to masculine; and live in your new identity forever. This is the ritual of the Kikuyu ancestors that no contemporary person has experienced until now, in virtual reality. Atlas V is a co-executive producer of Atomu.

In addition to its productions, POV Spark will encourage artistic growth through its first field-building initiative, the African Interactive Art Residency. In partnership with the Smithsonian’s National Museum of African American History and Culture, the Residency will provide artists from Africa and its diaspora with the opportunity to experiment with digital and emerging media.

POV Spark's second field-building initiative includes the reboot of its incubator program, POV Spark Labs, which will serve as a dynamic learning module for skill-building and cross-disciplinary collaboration. Designers and technologists are paired with mentors and guided through the development cycle of their interactive production, which is later considered for distribution via POV Spark.

“We’re excited to announce our first batch of programs, merging the excitement of interactive media with the essence of public media," said Opeyemi Olukemi, executive producer of POV Spark and vice president of interactive at the producing company American Documentary. "As nascent platforms continue to thrive it’s essential that public media not only asserts itself into this landscape, but leads with the same vision and quality that has made it synonymous with trust and editorial integrity. Public media used to be the place for new and groundbreaking work and POV Spark is returning to these roots.”

Beyond its original productions and field-building initiatives, POV Spark will work with international producers to engage storytellers through interactive media, including an upcoming partnership with the National Film Board of Canada (NFB) to produce Otherly, a series of Instagram Stories featuring documentaries on the theme of “belonging.” POV Spark and the NFB (Toronto Studio) will co-produce the series, provide financing, and creative and production support to four project teams based in the U.S. and four based in Canada, with a focus on women, non-binary, and genderqueer creators.

Building on POV's generations-long commitment to independent artists, POV Spark launches Public Update this spring as part of public media's first interactive project dedicated to expanding documentary forms through interactive, nonfiction art, published quarterly on the AmDoc and POV websites, as well as an accompanying physical zine. Working with artists from around the world, Public Update is the premiere showcase for independent voices exploring the boundaries of nonfiction storytelling.