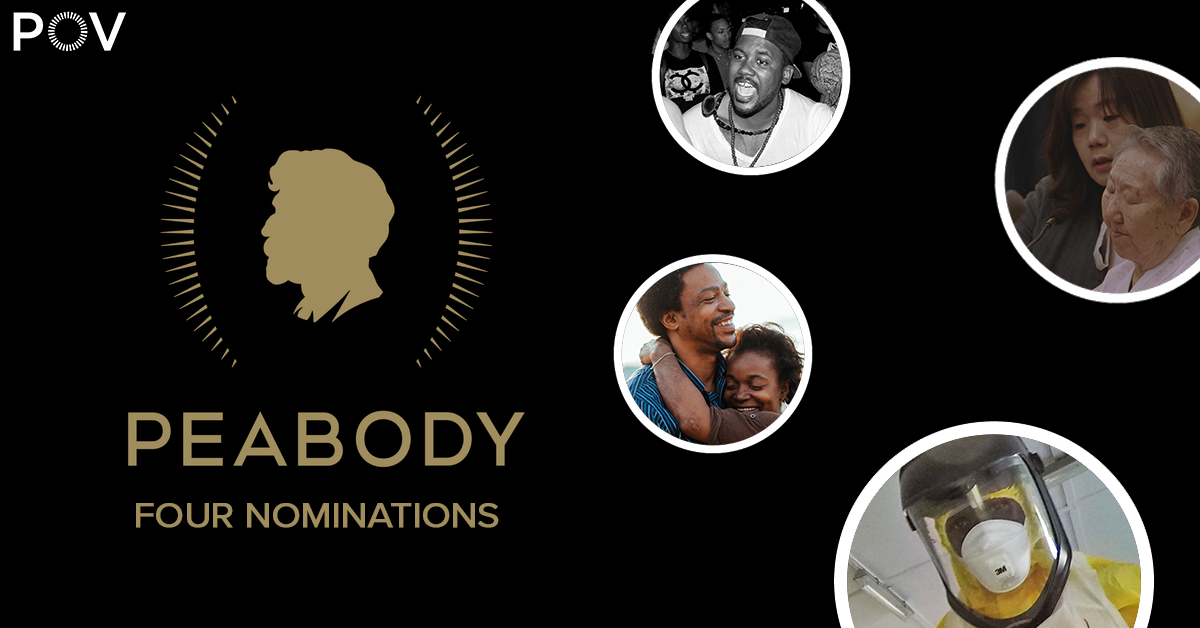 POV's Survivors, QUEST, The Apology, Minding the Gap and Whose Streets Nominated in the Documentary Category

New York, N.Y. — April 9, 2019 — Today POV on PBS received four nominations for the 78th Annual Peabody Awards, announced by the Peabody Awards Board of Jurors: Survivors, QUEST, The Apology, and Whose Streets. POV also shared a nomination with Hulu, Kartemquin, and ITVS for Minding the Gap, which premiered on POV this past February. The winners in the documentary category will be announced Tuesday, April 16.

This is the sixth year in a row POV films have been nominated for a Peabody. To date, POV has won 21 Peabody Awards. Established in 1940 and administered by UGA's Grady College of Journalism and Mass Communication, the Peabody Awards are the oldest honor in electronic media.

POV was most recently nominated last year for its Season 30 films Last Men in Aleppo, The Islands and the Whalesand Motherland. Last Men in Aleppo and The Islands and the Whales received the prize in the Documentary category. America ReFramed, produced by American Documentary and presented on WORLD Channel, also received its first Peabody nomination and win last year for Deej.

The winning “Peabody 30” programs will be revealed in a series of announcements over the coming weeks, with winners in the Documentary category announced Tuesday, April 16.

Learn more about the POV winners below. For a complete list of all Peabody Award winners, visit http://www.peabodyawards.com.

Filmed with vérité intimacy for nearly a decade, QUEST is the moving portrait of a family from North Philadelphia. Beginning during the Obama presidency, Christopher “Quest” Rainey and his wife, Christine’a “Ma Quest,” raise a family while nurturing a community of hip-hop artists in their basement home music studio. Epic in scope, QUEST is a vivid illumination of race and class in America and a testament to love, healing and hope. Official Selection, 2017 Sundance Film Festival. A co-production of ITVS and American Documentary | POV.

When unarmed teenager Michael Brown is killed by police and left lying in the street for hours, it marks a breaking point for the residents of the St. Louis area and beyond. Whose Streets? is an unflinching look at the Ferguson, Missouri uprising. As the national guard rolls in, a new generation mounts a powerful battle cry not just for their civil rights, but for the right to live. Official Selection, 2017 Sundance Film Festival.

About The Apology by Tiffany Hsiung:

The Apology follows three former “comfort women” who were among the 200,000 girls and young women kidnapped and forced into military sexual slavery by the Imperial Japanese Army during World War II. Seventy years after their imprisonment and after decades of living in silence and shame, the survivors give their first-hand accounts of the truth for the record, seeking apology and the hope that this horrific chapter of history not be forgotten.

Through the eyes of Sierra Leonean filmmaker Arthur Pratt, Survivors presents an intimate portrait of his country during the Ebola outbreak, exposing the complexity of the epidemic and the sociopolitical turmoil that lies in its wake. During one of the most acute public health crises of the modern era, Survivors reveals the bureaucratic missteps that took place, as well as remarkable stories of individual bravery and the deep humanity of those caught in the middle of this unfolding crisis. A co-production of American Documentary | POV and ITVS.

Bing Liu's debut film is a coming-of-age saga of three skateboarding friends in their Rust Belt hometown. In his quest to understand why he and his friends all ran away from home when they were younger, Bing follows 23-year-old Zack as he becomes a father and 17-year-old Keire as he gets his first job. While navigating a complex relationship between his camera and his friends, Bing explores the gap between fathers and sons, between discipline and domestic abuse and ultimately that precarious chasm between childhood and becoming an adult. A co-production of American Documentary | POV, ITVS and Kartemquin Films. A co-presentation with the Center for Asian American Media (CAAM). Nominated for Best Documentary Feature for the 91st Academy Awards (2019).