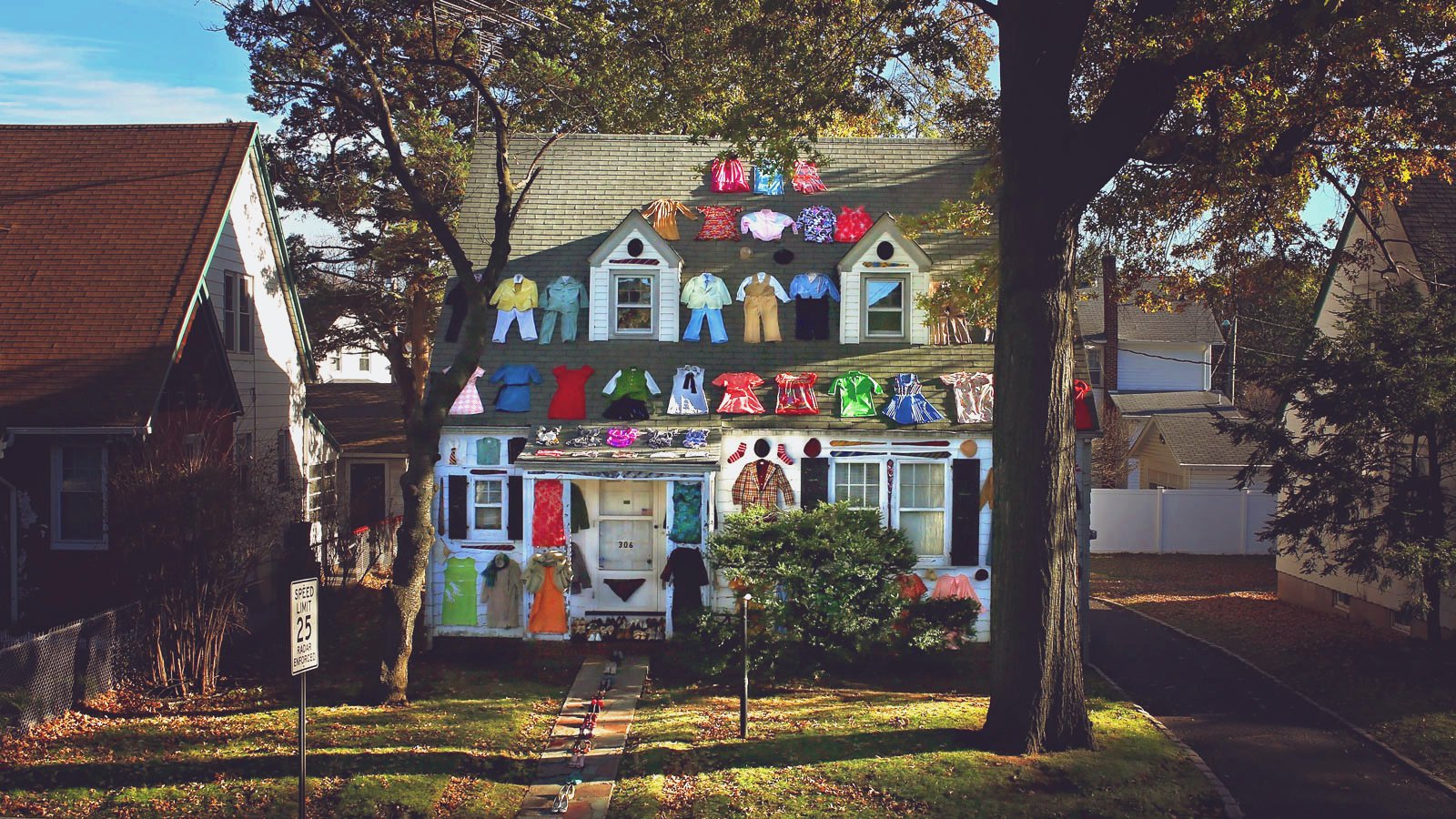 Embark on a magical-realist journey with filmmakers Elan and Jonathan Bogarín as they undertake an excavation of their late grandmother’s home. In their search for her story, 306 Hollywood turns into an epic tale—with plenty of humor, fantasy and drama—of what remains after life ends.

306 Hollywood has its national broadcast and streaming debut on the PBS documentary series POV and pov.org on Monday, March 18, 2019 at 9 p.m. (check local listings). POV is American television’s longest-running independent documentary series; 306 Hollywood concludes the series’ 31st season. The film was an official selection at the 2018 Sundance Film Festival.

Following 306 Hollywood come two shorts featuring two incredible Jewish matriarchs, with 116 Cameras and Wendy’s Shabbat. The films show the strength and resilience that it takes to build a life after grief and loss, all with humor and grace.

When Elan and Jonathan lose their beloved grandmother, Annette, they face a profound question: When a loved one dies, what do we do with the things they leave behind? Turning documentary on its head, the Bogaríns embark on a magical-realist journey to discover who their grandmother really was, transforming her cluttered New Jersey home of 71 years into a visually exquisite ruin where tchotchkes become artifacts, and the siblings become archaeologists.

With help from physicists, curators and archivists—and the added inspiration of a decade of interviews with the vivacious octogenarian herself—they excavate the extraordinary universe contained in Annette’s home. 306 Hollywood playfully transforms the dusty fragments of an unassuming life into an epic metaphor for the nature of time, memory and history.

“306 Hollywood is a delight,” said Chris White, executive producer of POV. “A documentary within a documentary, Elan and Jonathan ask us to reflect on why we hold onto objects—from those with history-shifting significance to the trinkets we keep to preserve a personal memory. The objects uncovered in the film breathe new life into Annette’s very vibrant one, showing how we can cherish our loved ones’ legacies.”

Directed by Davina PardoAs the Holocaust survivor community ages, the USC Shoah Foundation has embarked on an ambitious new project to transform survivors into 3D digital projections. 116 Cameras follows Eva Schloss, a survivor of Auschwitz and stepsister of Anne Frank, through her story as an interactive hologram that will have conversations with generations to come.

Directed by Rachel MyersFriends usher in the Sabbath—called by its Hebrew name Shabbat—by candlelight, with challah bread and grape juice to complement their chicken nuggets and fries. Shabbat is typically observed at home with family, but here these seniors share in the celebration at a fast-food Wendy’s. Wendy's Shabbat is a story of rediscovering the joys of community in older age, however unorthodox it may appear.

About the Filmmakers of 306 Hollywood

Elan & Jonathan Bogarín are siblings, artists and filmmakers. Their debut feature, 306 Hollywood, premiered opening night of the 2018 Sundance Film Festival as the first documentary ever included in the festival’s NEXT section. It has played over 50 international festivals, won numerous awards, screened theatrically in over 25 cities with support from the Sundance Creative Distribution Fellowship and streamed on Amazon Prime Video. Elan & Jonathan run El Tigre Productions, where they produce innovative nonfiction films and create content for the world’s leading museums, platforms and brands. Their unique approach to nonfiction stems from their experience growing up between the United States and Venezuela; a lifelong obsession with the arts; and diverse professional backgrounds (Elan as a TV and Film producer including the Gotham and Spirit Awards-nominated Big Fan and co-founder of The Wassaic Project; Jonathan as a visual artist and educator). They were chosen for Filmmaker Magazine’s 25 New Faces of Independent Film in 2017, DOC NYC’s 40 Under 40, awarded Emerging International Filmmakers at Hot Docs and have received support from the Sundance Institute, Just Films/Ford Foundation, Latino Public Broadcasting, NYSCA, Artemis Rising Foundation, Experimental Television Center and IFP.

Produced by American Documentary, POV is the longest-running independent documentary showcase on American television. Since 1988 on PBS, POV has presented films that capture the full spectrum of the human experience, with a long commitment to centering women and people of color in front of, and behind, the camera. It's on POV where American television audiences were introduced to groundbreaking works like Tongues Untied, The Act of Killing and American Promise and innovative filmmakers including Jonathan Demme, Nanfu Wang, and Laura Poitras. In 2018, POV Shorts launched as the first PBS series dedicated to bold and timely short-form documentaries.Over a generation, POV has championed accessibility and innovation in nonfiction storytelling. POV Engage works with educators, community organizations and PBS stations to present more than 800 free screenings every year, inspiring dialogue around today's most pressing social issues. The series' interactive arm, POV Spark, creates and advances experiential forms of storytelling and programming, redefining U.S. public media to be more inclusive of emerging technologies and interactive makers.POV films and projects have won 38 Emmy Awards, 22 George Foster Peabody Awards, 12 Alfred I. duPont-Columbia University Awards, three Academy Awards and the first-ever George Polk Documentary Film Award. Learn more at pbs.org/pov and follow @povdocs on Twitter, Instagram, and Facebook.American Documentary, Inc. (www.amdoc.org)