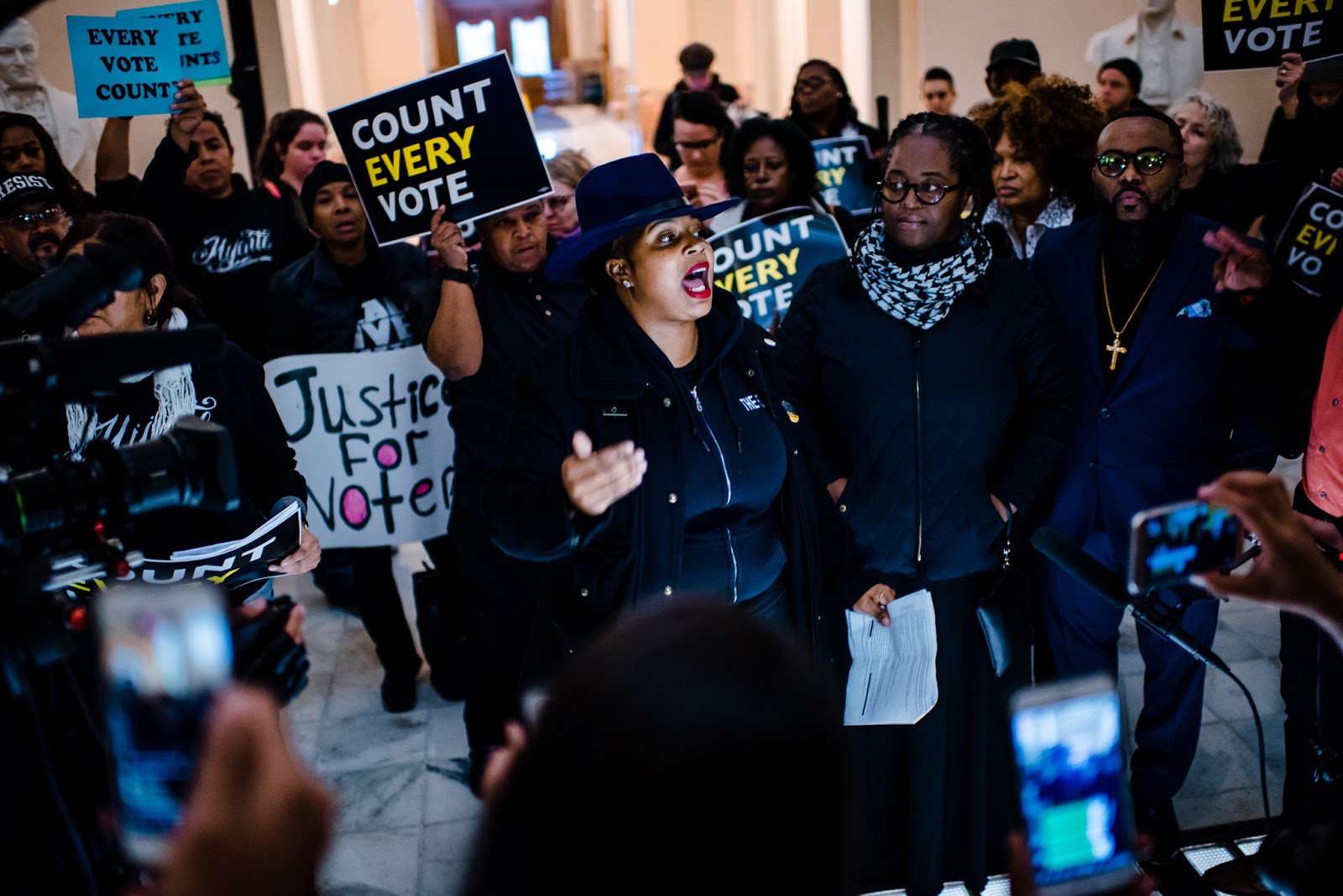 In 2020, POV asked And She Could Be Next filmmakers, Grace Lee and Marjan Safinia, what's happened since the cameras stopped rolling.

What was your process for making this film across so many locations?

It was a beast of a project from a production standpoint. We were filming seven storylines in five locations, all on a fixed timeline dictated by the election cycle. We knew we wouldn’t be able to pull it off alone, so we brought on an incredible all-star team of other women of color documentary filmmakers, matching each storyteller with a story that closely reflected her own experiences. During the primaries, things were a little more manageable (since the dates for those are staggered in each state), but as we drew closer to the November General Election, we had to deploy everyone to make sure we had everything covered. On Election Day we had about 50 people on crew, from coast to coast! We managed to pull this all off as independent filmmakers—we hadn’t yet raised all of our budget, nor did we have a big support staff or fancy production offices or an extended team. It was a handful of women, rolling up their sleeves and figuring it out.

How did you select the women to follow, and what sort of challenges did you come up both for finding them and then for the actual filming process?

We undertook an extensive research process, following leads and recommendations for women of color who might fit the story we were telling. As in any documentary, it’s about building trust and making participants understand the value in telling a story that will not have immediate results, but will have a lasting impact in terms of the historical record. It was important to us that we had real diversity—of age, location, scope of campaign etc. It was also important that the women we chose were born out of movement—that they had already been on the frontlines of many of the issues we cover such as immigration, gun laws, labor, etc. Once we narrowed down the list, we interviewed them all to make sure they were also on board with being followed by a camera crew. In terms of actual filming, challenges were figuring out when we could have access -- mostly because we’d have to deal with their staff and scheduling during an already pressure-filled campaign. Everything shifts on a dime in a political story, so we were constantly having to scrap what had been carefully planned just a few days prior and reschedule everything at the last minute. A true challenge of wits!

Have all the protagonists in the film seen it? What has been their response?

It has been overwhelmingly positive. Several have said they were so focused on the day-to-day minutiae of their own campaigns that it was nice to look back and see how they were part of a larger movement, alongside other women going through similar struggles in different cities. Rashida Tlaib remarked that her kids were so young (it was only two years ago) but in that span of time her 12 year old outgrew her and now has a little moustache! It’s a great time capsule for many of them of a moment that made history. A lot of the organizers we followed have been very moved to see their labor and their work seen and celebrated.

In what ways do you think the film takes on new relevance during this election cycle? What is similar to when you were filming and what has changed? And what do you hope viewers will take away from it now?

Even though we filmed in 2018 and 2019, given the pandemics and uprisings of 2020, all of the issues we touched on in the film are even more relevant today. It’s still true that the communities closest to the pain are the Black, Brown, immigrant and poor. Covid19 and the continued targeting of Black Americans by police and others only heightens the inequality and injustice in America. Voter suppression feels as if it has gotten more widespread and worse - especially when people are forced to vote in person without social distancing measures in place. We hope viewers will understand that there is an organizer in each of us and that now is the time to step into our power, find a political home and make sure our vote, aka our voice, is heard.

What is your next project?

We’re still very involved with the impact work around And She Could Be Next as we approach the elections at the end of the year. Covid forced us to finish the film remotely, and we’ve been neck deep in a very ambitious roll out plan which had to suddenly pivot to be re-imagined for a digital-only Covid reality. So we’re taking a minute to re-charge and ensure that the seeds we planted with this project really take root.