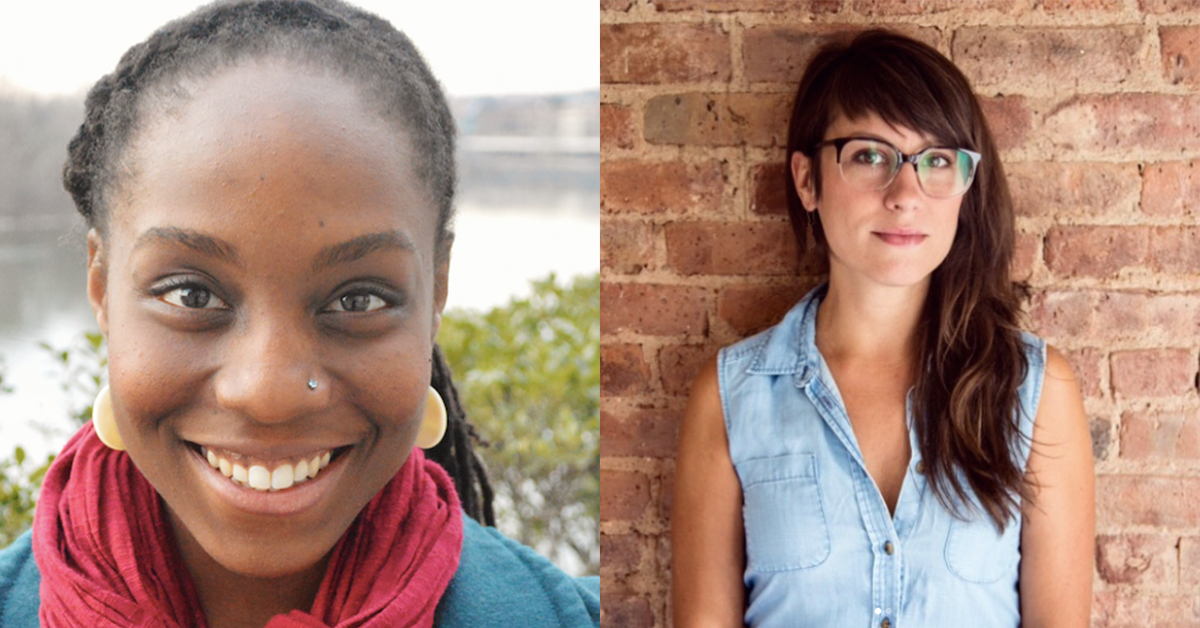 Courtney Cook joins as education manager while Aqiyla M. Thomas will be on board as manager of community engagement for POV Engage

New York, N.Y. — November 21, 2019 — American Documentary (AmDoc), the parent organization of the PBS documentary series POV, announced the addition of two new staff members to POV Engage, the impact team behind the public media series. Courtney Cook joins as education manager while Aqiyla M. Thomas will be on board as manager of community engagement.

Both staff members come with extensive experience in education and community building, and are both media creators themselves. Cook and Thomas will work together in building out education and engagement initiatives at AmDoc. POV Engage, which works with teachers, librarians and community organizers around the country to hold over 600 screenings per year, uses POV’s collection of documentaries and its accompanying educational materials to engage communities in dialogue around issues touched upon in its films.

On the addition of Cook and Thomas, Asad Muhammad, vice president of impact and strategy engagement, said: "I’m thrilled to bring Courtney and Aqiyla on board with POV Engage. Our team will continue to build bridges and bring new innovations through documentary, from growing AmDoc’s internship program to piloting the Artist Emergency Fund assisting filmmakers in financial distress. With our expanded team, we have big things in the pipeline for 2020, including continuing the Our America screening initiative that will bring politically topical films into both urban and rural communities.

More about Courtney Cook and Aqiyla M. Thomas are in their bios below:

Courtney was born and raised in a rural Georgia town and has over a decade of experience in the field of education. After teaching high school English in Georgia for two years, Courtney pursued her master’s degree in African American studies at Boston University and continued to teach high school English, journalism and African American studies in Massachusetts for four years before moving to Austin, Texas, to pursue her PhD in curriculum and instruction, with a specialization in cultural studies in Education, at the University of Texas at Austin.

Most recently, Courtney has been teaching a course dedicated to illuminating histories and contemporary realities of systemic injustice in education regarding race, class, gender, sexuality and power to future teachers at the University of Texas. She has also been working as a consultant to help educational organizations and institutions implement equity and diversity aims, specifically as it relates to racial justice. Her academic work takes up issues of racial and gender violence in educational institutions and the ways in which our current political moment has increasingly worked to normalize supremacist violence in school communities, and how more ethical educational relationships may respond to this contemporary crisis in schools and beyond.

As a poet and multimedia artist, she has worked with Typewriter Rodeo and HIVE Arts Collective in Austin and has had poetry and literary essays published in The EcoTheo Review, The New Southerner and Rethinking Schools. Her academic articles and book chapters have been published in multiple education journals.

Aqiyla Thomas has spent her 15-year career demonstrating a multidisciplinary and grounded approach to community building through storytelling. She has led research teams in developing curriculum for black children to discuss the complexities of race and cultural identity in North Carolina, produced films documenting the stories of women of color advocates impacted by homelessness and partnership violence in DC and NYC, and taught in and advised public and public charter school administrators to establish arts-integrated programs in the classrooms for students and staff.

Prior to joining American Documentary, she served as a project director at Urban Arts Partnership where she managed creative arts programs across New York City Community Schools and coordinated a restorative justice documentary film screening for high school students, DOE staff and community organizers. Aqiyla also served as education manager at Meridian Hill Pictures (MHP) in Washington, D.C., where she refined the company’s video storytelling curriculum and taught youth and adults the power of capturing their own authentic narratives using mobile devices. In 2016, her students’ short film from the MHP/Sitar Arts Center youth documentary film program was accepted into the prestigious National Film Festival for Talented Youth. Her short film, Unsettled, about two women impacted by homelessness and housing issues in the nation’s capital, was an official selection at Our City Film Festival in Washington. She is currently in post-production for a short film centered on a Bronx dancer's journey through advocacy and healing from trauma.

Although she was born in Harlem, she bleeds Carolina blue and received both her bachelor’s in psychology and master’s in social work from the University of North Carolina at Chapel Hill. In her free time you can find her walking her dog Chuck, playing guitar and exploring the outdoors.