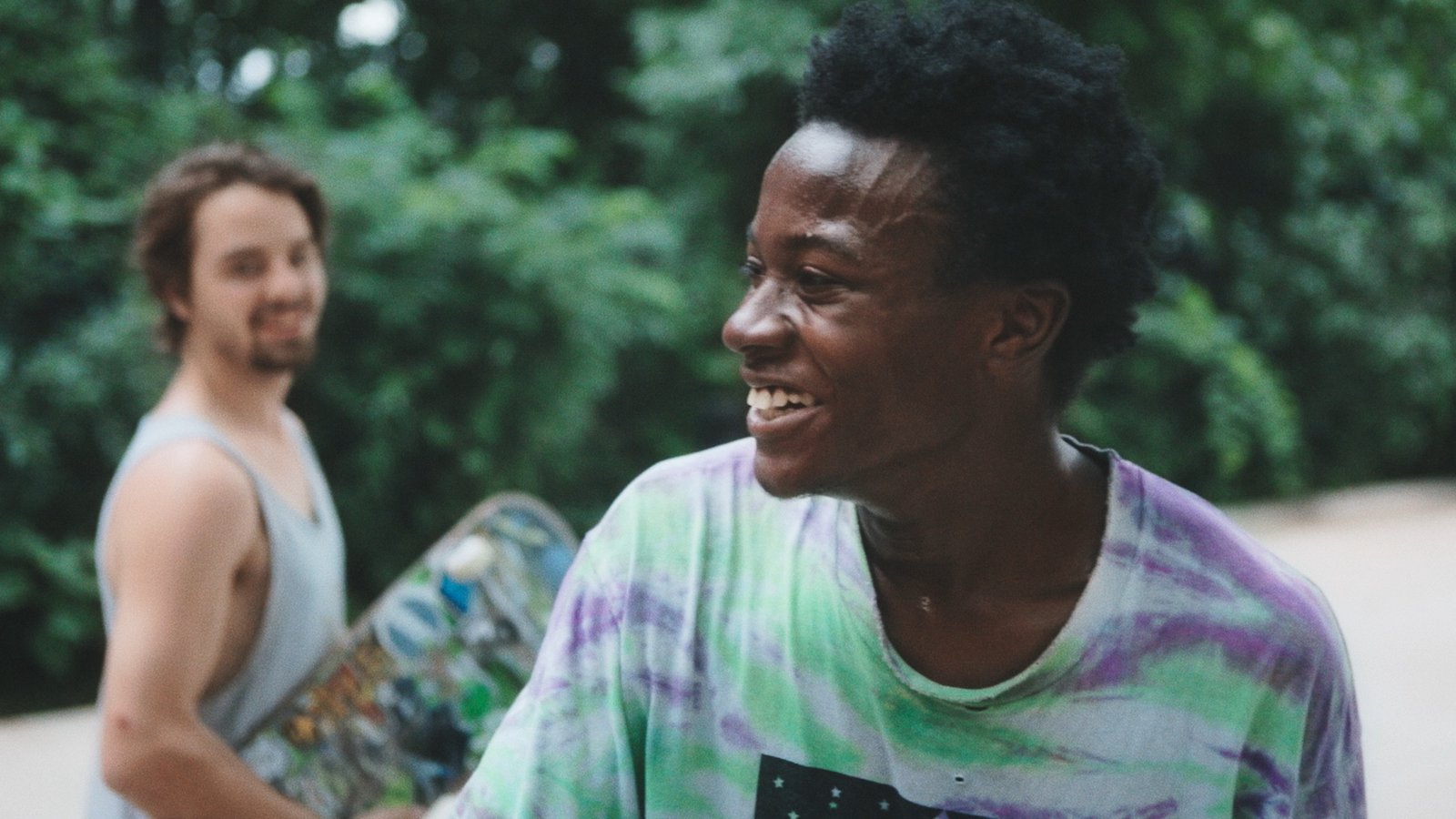 In February 2019, POV asked Minding the Gap filmmaker Bing Liu about his experiences on and off the camera.

What do Keire, Zack, and Nina think about the film?

Zack and Keire were quite surprised I think, by each others' quiet inner lives: full of hope and a yearning for love and simultaneously, a deep pain and a desire for something to quell their desperation. I think both of them were also surprised to find my own background and reason for making the film at the heart of the story. Nina in hindsight had compartmentalized her experience those first few years co-parenting with Zack so in a way never really confronted or processed what the relationship meant. So when she saw the film she re-lived falling in love with Zack, trying to make it work, and ultimately walking away heartbroken. Nina and both the boys, from coming out to screenings and getting lots of emotional responses both in-person and online, have realized over this past year that they're not alone and that their stories are bigger than their own.

Has your mother seen it?

Yes we showed everyone the film when we had a fine cut as a chance to make sure we weren't going to picture lock something that not everyone would be on board with. I didn't actually sit with her like I did with Nina, Keire and Zack; I sent her and my brother a link. We talked on the phone after and she said she understands more about what the film I was making was and how what I went through affected me. She came out with everyone to our Sundance premiere and got a lot of love.

What is it like being both a friend and filmmaker when filming your "subjects?"

Well, contrary to how the film might make it seem like Keire, Zack, and I were best friends throughout our teenage years, I actually didn't meet Keire until I started making the film in my early 20's. And I only skated with Zack a handful of times before I moved to Chicago when I was 19. Most of the archival material that included them was filmed by other people more their age (I'm 7 years older than Keire and a couple years older than Zack). All that to say that that space between filmmaker and friend wasn't that much different from other documentaries I've made with the exception that they both told me later on that they were loyal followers of the skate videos I used to make.

What is everyone up to?

Keire has since moved to Phoenix and lives with his best friend Evan, who in Minding the Gap is the person who hooked him up with the restaurant job and made an argument that white privilege isn't mutually exclusive from the struggles of poor whites. He just got a job at an English pasty restaurant and plays music and rides for a few sponsors. Zack is having his second child with his fiancee Sam, who's also in the film. They just bought a house together. He's starting a new job working for his dad's restoration company this Spring. He also was cast in a fiction film as the lead character this past summer, playing a father of two who has a breakdown and runs away from his family for a time. Nina started working an administrative job at an industrial typing company, something a lot more stable and with much more regular hours. My mom is getting ready to retire and as soon as she sells her house in Rockford is looking to retire with her husband, maybe in Arizona. My brother helps run a restaurant in Rockford called Rock-Pho'd with his friend's family.

A documentary I'm co-directing with Josh Altman about young men trying to overcome neighborhoods besieged by gun violence through a job and life skills training program in Chicago.