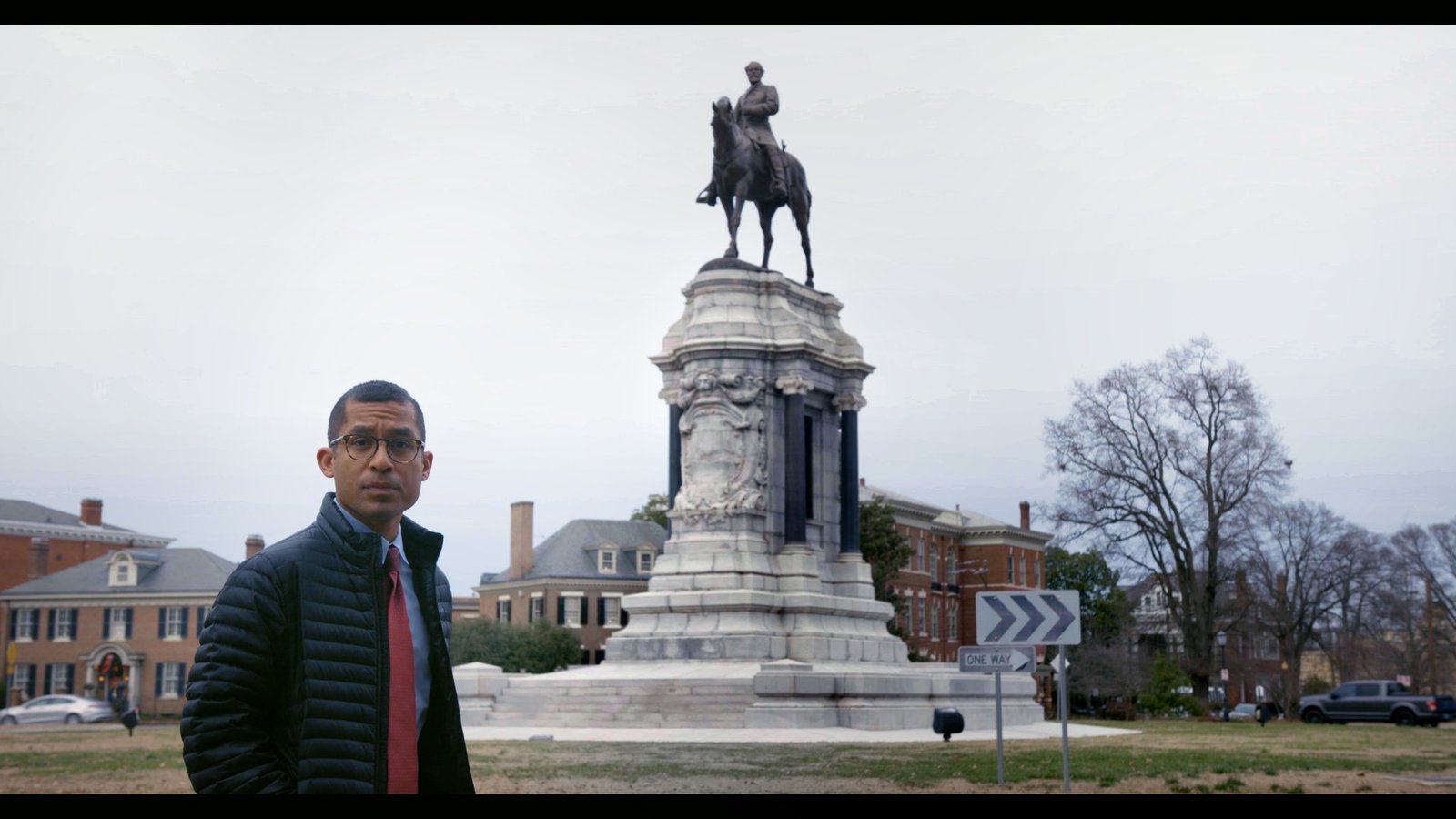 New York, N.Y. –May 27, 2021 – American Documentary | POV is proud to announce The Neutral Ground as the national broadcast premiere of its 34th season. Director CJ Hunt’s debut feature documentary, executive produced by Roy Wood Jr. and produced by Darcy McKinnon, will premiere Monday July 5, 2021 on PBS at 9:30 p.m. ET (check local listings) and at pov.org. The film will also be available to stream for free at pov.org until August 4, 2021.

An official selection of the 2021 Tribeca Film Festival, The Neutral Ground begins in 2015 as Hunt documents a raucous New Orleans City Council meeting about the removal of four Confederate monuments. It quickly becomes apparent just how divided white and Black residents are on the meaning of the city's statues. This tension between what to Hunt seems obvious – that the statues should be removed – and the fervor with which so many people oppose this view opens an opportunity for him to try and understand the mythology of the Confederacy and why Americans are willing to put so much on the line to guard its stone remnants.

When death threats halt the removals in New Orleans, Hunt hits the road, travelling across the South to try and understand why a losing army from 1865 still holds so much political and imaginative power in contemporary America. Through a mixture of investigative journalism and disarming humor, Hunt unravels America’s troubled romance with the "Lost Cause," a romanticized and distorted interpretation of the war that ex-Confederates inserted into textbooks, films and the popular imagination.

“In any public debate about Confederate monuments, it’s only a matter of time before someone utters the tired claim: ‘the Civil War wasn’t about slavery.’ Those six words epitomize the daily gaslighting that Black people experience in America. We are told the racism we see with our own eyes is imaginary; that, historically speaking, it never really existed," notes director CJ Hunt. "I made this film to help viewers fight against that gaslighting. Whatever textbooks you grew up reading, The Neutral Ground is an invitation to take a second look at the stories we were handed. We need to speak honestly about white supremacy - not as the rogue actions of bad men marching in the dark - but as the force that shapes every story we tell about America’s past.”

As the national monument controversy expands, Hunt's journey includes visits with historians, activists and his own father. It brings him to Richmond's Monument Avenue, the front lines of a Civil War reenactment, and finally into the ranks of Black reenactors bringing to life an 1811 slave rebellion to redefine what a "Southern rebel" looks like. At times darkly hilarious and at others soberingly serious, The Neutral Ground is a poignant exploration of the legacy of slavery which much of America has yet to face.

Executive producer Roy Wood Jr. notes, “This film tells the story of people courageously dragging this nation into a promising and progressive conversation about racial reckoning. It’s also the story of those who refuse to admit that this reckoning has arrived." Raised in Birmingham, Alabama, a correspondent on The Daily Show with Trevor Noah and known as one of the country's most incisive comedians on issues of race, Wood continues, "CJ’s approach to this topic ties into a much larger question facing America: How do we heal this nation’s deepest wounds when there are still so many people who won’t acknowledge those wounds exist?”

"Historically literate and intensely personal, The Neutral Ground is a critical contribution to the contemporary discussions around monuments, cultural preservation and racism that have intensified in the months during the worldwide protests for racial justice," said Erika Dilday Executive Producer of POV | Executive Director, American Documentary. "We knew this would be the right film to start the season."

CJ Hunt is a writer and comedian living in NYC. He is currently a field producer on ‘The Daily Show’, and previously worked as a staff writer on A&E’s ‘Black and White’ as well as a field producer and sketch director on BET’s ‘The Rundown with Robin Thede’.  CJ is also the co-creator of "Sunken City", an original comedic web series about New Orleans hailed by press as 'the New Portlandia' and featured on Indiewire's list of web series that could be 'the Next Broad City.' A graduate from Brown University in Africana Studies, CJ is endlessly fascinated by race and comedy's ability to say what we can't.

Darcy McKinnon is a documentary filmmaker based in New Orleans. McKinnon's work in documentaries includes the films ‘Maquilapolis’, ‘Live, Nude, Girls, UNITE!’, Animals’ and ‘The Neutral Ground’ with CJ Hunt. With a background in education and arts organization leadership, she produces documentary work that focuses on the American South, and is currently in mid-production on ‘Commuted’ with Nailah Jefferson, and Katie Mathews’ ‘Roleplay,’ a hybrid play/documentary about student artist responses to campus sexual assault. She also co-directed a doc short, ‘A Fine Girl, ‘ with support from If/Then. McKinnon's work has been broadcast on POV, LPB and Cinemax, and her current projects have received support from SFFILM, CAAM, Chicken and Egg, Firelight Media, ITVS, Black Public Media, Sundance and Tribeca.  Darcy is a co-founder of ALL Y'ALL, with Elaine McMillion Sheldon, an alum of the Impact Partners Producing Fellowship, and one of Filmmaker Magazine’s 2020 25 new faces in independent film.

Produced by American Documentary, POV is the longest-running independent documentary showcase on American television. Since 1988, POV has presented films on PBS that capture the full spectrum of the human experience, with a long commitment to centering women and people of color in front of, and behind, the camera. It was on POV that American television audiences were introduced to groundbreaking works like Tongues Untied, The Act of Killing and American Promise and innovative filmmakers including Jonathan Demme, Nanfu Wang, and Laura Poitras. In 2018, POV Shorts launched as one of the first PBS series dedicated to bold and timely short-form documentaries.

Over a generation, POV has championed accessibility and innovation in nonfiction storytelling. POV Engage works with educators, community organizations and PBS stations to present hundreds of free screenings every year, inspiring dialogue around today's most pressing social issues. The series' decades-long experimentation with digital production and innovation for public media continues. Its most recent iteration, POV Spark (2017-2021) launched VR projects and the first shorts documentary series on Instagram Stories.

Woodinville Unitarian Universalist Church's Hybrid Screening of 'On The Divide'