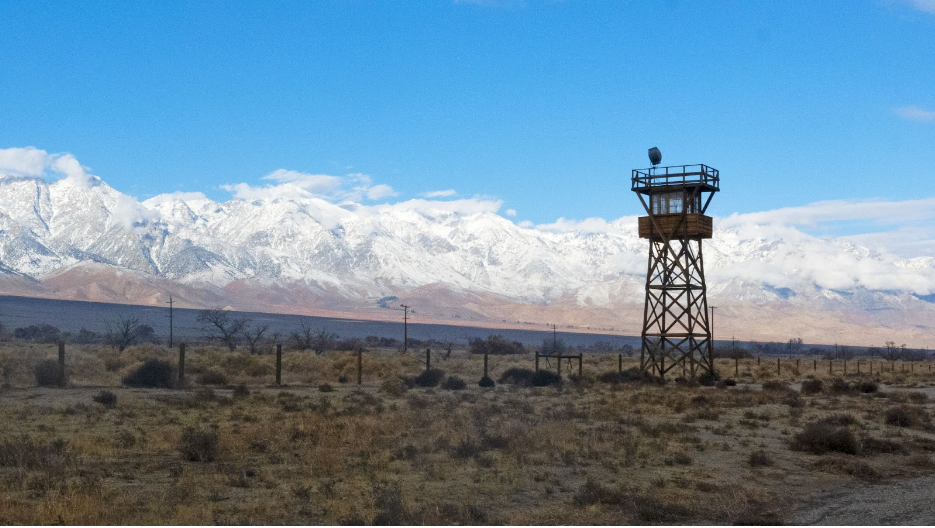 Resources for Taking Action/Deepening your Understanding

BEFORE YOU BEGIN: TIPS & TOOLS FOR FACILITATORS

Preparing to Facilitate
Participants will arrive with differing degrees of knowledge and lived experience with regards to the many topics that Manzanar, Diverted invites you to explore. It is helpful to prepare yourself and ground yourself in both knowledge and intention ahead of facilitation. As a facilitator we encourage you to take the necessary steps to ensure that you are prepared to guide a conversation that prioritizes the safety of those whose experiences and identities have been marginalized. This will allow you to set an intention (and sustain a generative dialogue) that maximizes care and critical curiosity, transformation, and connection.

The following are tools to support you and your community before, during, and after the screening + discussion.

Settler Colonialism: The goal of settler colonialism is the removal and erasure of Indigenous peoples to take and use land indefinitely, and to establish property rights over land and resources. According to the “Settler Colonialism Primer,” by Laura Hurwitz & Shawn Bourque, “settler colonialism is not just a vicious thing of the past, such as the gold rush, but exists as long as settlers are living on appropriated land and thus exists today.” An ongoing structure, settler colonialism has sought to gain control over land, space, resources, and people by illegally occupying land then establishing coercive labor systems to extract resources from the land and establish economic infrastructure.

A settler is anyone who isn’t Indigenous and lives on the stolen land that we now refer to as the United States of America. However, under settler colonialism, groups are racialized in different ways according to the economic needs of the settler state. Some peoples were brought to settler states due to chattel slavery or indentured servitude. Others are descendents of European settlers.

Tribal Sovereignty: According to the National Congress of American Indians, “Tribal members are citizens of three sovereigns: their tribe, the United States, and the state in which they reside.” Tribal sovereignty is defined as, “the ability to govern and to protect and enhance the health, safety, and welfare of tribal citizens within a tribal territory. Tribal governments maintain the power to determine their own government structures and enforce laws through police departments and tribal courts.”

Counter-Narratives: Counter-narratives are stories that challenge widespread beliefs and discourses (Solórzano & Yosso, 2001). They often serve as powerful and rich data sources to present and elevate the voices of historically marginalized communities that have been left out, erased, or made invisible in the mainstream discourse.

White Supremacy: White supremacy is the source of race based violence, and it has also shaped the mainstream environmental movement and perceptions about conservation. White supremacy is an ideology promoting white people and the ideas, thoughts, and beliefs and actions of white people as superior to those of people of color. The systems of white supremacy also refers to interlocking institutions and systems: Political, educational, social, cultural and more. Within these systems, white people have a structural advantage, individually and collectively. White supremacy is ingrained within systems, including the environmental movement with prominent white male founders. American environmentalism’s roots have long standing prejudices against local communities and Indigenous peoples, and have historically prioritized conservation of “wild places” at the expense of people who live there. Local people are often written out of conservation narratives, which the environmental justice movement sought to change.

Environmental Racism: Dr. Robert Bullard, a leader of the environmental justice movement, defines environmental racism as “any policy, practice or directive that differentially affects or disadvantages (where intended or unintended) individuals, groups or communities based on race.”

Environmental Justice: The environmental justice movement began over thirty years ago at the First National People of Color Leadership Summit, where a delegation drafted the following:

These principles and practices significantly redefined and reconceptualized our understanding of the “environment,” and shifted from the environment being considered “pristine natural wilderness” to areas where people (particularly people of color), live, work, study, play, and pray. This subsequently allowed for the inclusion of issues such as toxic pollution, transportation, worker safety, and environmental health. The environmental justice movement seeks to connect the dots between environmental, economic, social, and racial justices. Environmental justice is the movement’s response to instances of environmental racism.

Japanese American World War II Incarceration: According to Densho’s Terminology Guide, the term “internment” that was used historically, fails to accurately describe what unjustly and illegally happened to Japanese Americans during World War II. “Incarceration” is the suggested and more accurate term. The Associated Press Stylebook, 56th Edition, (a guide for newsrooms, journalists, and reporters), was recently updated to reflect a terminology change from “internment” to “incarceration.”

Waite, K. (2022, April 20). I’m an Asian American environmental educator: White supremacy is a threat to me and to the planet. Ms. Magazine. https://msmagazine.com/2022/04/20/earth-day-racism-aapi-asian-hate-environment-white-supremacy-racial-justice/

Community Agreements: What are they? Why are they useful?

Whether you are a group of people coming together once for this screening and discussion, or a group that knows each other well, creating a set of community agreements helps foster clear discussion in a manner that draws in and respects all participants, especially when tackling intimate or complex conversations around identity. These steps will help provide guidelines for the process:

Grounding in the Past & Present

Histories of colonization and American Slavery are deeply intertwined as are their enduring structures. While the experiences of settler colonialism and chattel slavery are unique to place, peoples, and communities, we all inherit and hold different relationships to this inheritance. We must recognize this past and its ongoing human, environmental, and structural implications in order to commit to change. We encourage your community to openly acknowledge the legacy and inheritance of both and open this discussion with aLand Acknowledgment.

What is a Land Acknowledgment?*

Land acknowledgments do not exist in the past tense, but rather recognize that colonialism is a current and ongoing process with enduring structures. Land acknowledgments are a way to combat systemic erasure and honor the traditional indigenous inhabitants of the land you are currently living on, to offer respect, and to support larger truth-telling and reconciliation efforts. Acknowledgement is a small gesture that must be accompanied by continued education, action and commitments to justice and repair. Here are some resources to learn more about Land Acknowledgments:Native Land Resources,

To discover and learn about the Indigenous Territories you currently inhabit you can:

I/We acknowledge that today we gather as [name of your community/group] on the unceded Indigenous lands of Turtle Island, the ancestral name for what is now called North America. Specifically, I/We acknowledge the unceded territory of the [indigenous community/communities local to your zip code] past and present; as well as all the American Indian and Indigenous Peoples and communities who have been or have become a part of these lands and territories in [your state]. We honor, with gratitude, the land itself and the people who have stewarded and lived in relation to this land across generations.

Resources for Taking Action/Deepening your Understanding

Kimi Waite is yonsei fourth generation Japanese American and has received awards for her work in environmental education and social studies education. She is a public voices fellow on the climate crisis with The OpEd Project and the Yale Program on Climate Change Communication and has written about the intersections of race, education, and environmental justice for publications such as Ms. Magazine, Rethinking Schools, Grist, Cal Matters, The San Diego Union-Tribune, San Francisco Chronicle, and The Progressive. Kimi is a Civics Environmental Education Fellow with the North American Association for Environmental Education. She has an M.Ed. from UCLA and is currently a Ph.D. candidate in Sustainability Education at Prescott College.

This resource was created, in part, with the generous support of the Open Society Foundation.