PUBLIC UPDATE is POV Spark’s home for exploratory content about the world around us, driven by and curated for nontraditional independent voices. A public media project accessible online, in print and in person*, PUBLIC UPDATE is a resource platform inspiring the next generation of experimental documentary creators.

Do documentaries today take shape in historical images we see? A narrative voice we hear? Or can they transcend to new senses altogether, inviting us to interact with non-fiction in new ways? Crafted as felt hung on the wall, built-in 360 landscapes and found on eBay, the collection of 5 projects found in Public Update Volume/One invite you to question, what exactly do we mean when we say "documentary." 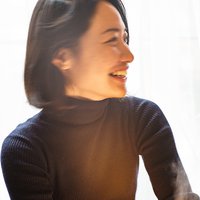 Rosalie Yu uses alternative-capturing techniques and immersive media to reflect upon photography, archives and personal experience. Her work has been exhibited at the Tribeca Film Festival and at ​Sotheby's, and has been featured in Creative Applications andThe Verge. She is a creative technologist and artistic fellow at Columbia University’s Brown Institute for Media Innovation, and was formerly a tech resident at Pioneer Works and a research fellow at New York University's Interactive Telecommunications Program.

The meanings associated with food often originate with the upper classes who control production before these meanings are passed to the farmers and laborers who grow and produce these foods. Distribution and access to food is not only a matter of satisfying physical needs, but also a display of power and control—especially for goods like sugar that were once considered luxuries.

Historically, sugar has been treated as a source of power, health, and strength—much like spices, medicine and precious stones. My home country of Taiwan has been a major source of sugar production since Dutch colonists arrived in the seventeenth century and established plantations, but it was not until the defeat of Imperial Japan in World War II that the Taiwanese working class gained widespread access to the sugar they had produced for centuries. Even now, the meaning behind this delicacy has not been fully decolonized.

My family embraces sugar as part of our lifestyle, and this significance follows from our family history. For us, sugar remains luxurious, exotic and integral to many ceremonies despite its widespread availability. Sugar still symbolizes our relationship to Taiwan as a colonized space.

After my grandfather passed away and I began to recognize the powerful role of sugar in our lives, I spent two years cataloging images of everything sweet in my diet using a 3D scanning technique called photogrammetry. Constructing a 3D model through photogrammetry requires images of an object to be captured from all angles, disassembled into parts, then stitched together in digital form. I found that this repetitive, surgical process turns photogrammetry into a ritual, transcending the mindless and impulsive consumption of sugar itself and reconstructing these objects as something new.

A Ritual of Habits 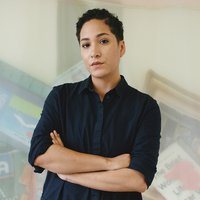 Lucia Hierro is a Bronx-based Dominican-American conceptual artist born and raised in New York's Washington Heights and Inwood neighborhoods. She received a BFA from SUNY Purchase in 2010 and an MFA from Yale School of Art in 2013. She has exhibited in shows at Tiger Strikes Asteroid, Bronx Museum of the Arts, Sugar Hill Children's Museum of Art and Storytelling and Paris Photo. She recently had her first New York City solo show at Elizabeth Dee Gallery in Harlem and her first Dominican Republic solo show at Casa Quien Gallery in Santo Domingo. Residencies include: Yaddo, Redbull Arts in Detroit, Fountainhead Residency, Bronx Museums Artist in the Market program and Casa Quien. Her work is part of the JP Morgan Chase art collection and the Rennie collection in Vancouver.

Hierro's work explores the body as a collection of fragmented signifiers that include language, taste and culture. Hierro addresses these ideas across a broad platform of techniques that include digital media, collage and felt constructions.

The series titled Mercado (soft sculptural objects resembling oversized translucent tote bags filled with images of objects), utilizes digital media, painting, installation art, sculpture and color theory as tools to tackle ideas of exclusion and privilege. The bags employ signifiers from pop culture, everyday items such as Vick’s Vaporub/supermarket circulars to engage the viewer in a discourse on issues of class, culture and identity. The works in the Bodegones or “still life” series as well as Mercado explore the symbiotic relationship between personal narrative and larger economic structures. 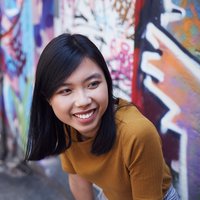 Ng Sze Min is a sound artist interested in expanding participatory and documentary forms. Her works include poetry singing on the spot, live storytelling where audiences choose the order of the scenes, and experimenting with a ‘paper orchestra’ featuring a 1000-strong crowd. They have been featured at The Esplanade (Singapore), Singapore Writers Festival, 15th Big Sky Documentary Film Festival (USA) and hillsceneLIVE 2019 (Melbourne, Australia). In 2019, she completed a month-long residency in Kluang, Malaysia, engaging local residents into detailing a sound map of their town.

A Co-Founder and Creative Audio Producer of Artwave Studio, she continues her practice into the arts, businesses and communities, bringing people together through music and sound. She lives and works in sunny Singapore. Reason to the Moon is her first audio documentary.

When I learned about the overview effect, I wanted to experience it.

I was fascinated with space since the age of 10, but never felt very much about Earth—until I saw the short film OVERVIEW. The astronauts interviewed were drawn to protect and cherish Earth once they saw it hanging in the deep darkness of the universe, in what became known as the "overview effect." They sensed an awe for the planet and the interconnectedness of all life!

I wanted that too. But how could I do it without flying into space? With my feet firmly on the ground? I wanted the feeling of seeing earth like the astronauts did. I looked up the first-ever photo taken of Earth from space, heard the sound the Earth made, and read as much as I could about being in space—still, this couldn't match the actual experience.

Then, with whatever I knew, I attempted to recreate, through sound, the overview effect so anyone on Earth can experience what astronauts do—to make that literal out-of-this-world journey available to all!

My project is thus a 20-minute performance set up as a space program, taking the listener out of Earth. This audio documentary was designed as a component of the program to introduce the user to the overview effect.

As I was creating it, I thought of how, on top of all the scientific knowledge gleaned from our space missions, we also came out understanding Earth—and each other—better.

Reason to the Moon 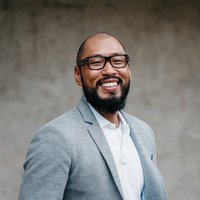 Dr. Zun Lee is a black-Canadian visual artist, physician and educator whose immersive documentary practice of black family life encourages alternate ways of thinking about community and belonging. His visual explorations often focus on how communities codify identity and self-representation, but also how the meaning of such images may shift as they circulate in the realm of cultural commodification and appropriation.

Polaroid snapshots of African-American family life. Of small and big moments. Of lives that weren’t easy, yet worth celebrating.

I first stumbled on these orphaned ghosts at yard sales, on eBay and other places. I don’t know any of the individuals depicted, but their energy seemed immediately familiar to me. Years after scanning and archiving them, I’m still haunted by their intimacy and vibrancy.

I imagine these photos to have been precious keepsakes, at least to the people they belonged to. Long before it became fashionable to tweet, instagram or snap our own carefully staged reality with selfie-sticks and flattering filters, these families empowered themselves with Polaroids to curate their own lives.

The ability to make instant hard copy snapshots was alluring. Everyday life moments could be captured, viewed and shared without delay or interference. Even though there was often a performance aspect to making Polaroids, the daily life scenes reveal a richness and complexity, reflecting the way Black people saw themselves on their terms and in ways not intended to be seen, or judged, by others.

The images highlight the importance of “seeing ourselves as we are”. Recent events from Ferguson to Cleveland to Baltimore reveal that stereotypical media depictions of African Americans continue unabated. These Polaroids remind us that there is a vivid history of Black visual self-representation that offers an eerily contemporary counter-narrative to mainstream distortion and erasure.

This narrative was not about how we would like to be validated by the public, but about who we are to us: Black people worthy of respect simply because we are human, not because there is an expectation to be respectable for the white gaze. These families were themselves in these photos. That was more than enough for them. It ought to be more than enough for us.

The fact that these images are now separated from the erstwhile owners makes one speculate about their potential fate. We don’t know what happened to the individuals but the power of their stories lives on. I’m publishing this collection from my archives to help preserve these stories. We may never fully grasp what these Polaroids originally meant. We can, however, feel inspired to reimagine what it means to see ourselves as we are. And what it means to be “enough.” 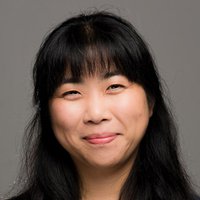 Kimi Maeda is a Japanese-American theater artist living in Japan. Herephemera trilogy, a collection of sand drawings and shadow performances that deal with memory, home and trans-cultural identity, was nominated for a Drama Desk Award in 2017. Maeda received a Creative Artists Exchange Fellowship from the Japan-U.S. Friendship Commission in 2017. In 2016, she was selected by the Ford Foundation’s Just Films to participate in the Open Immersion Creative Virtual Reality Lab. She was the recipient of the 2015 Jasper Magazine Visual Artist of the Year Award and the 2005 Rose Brand Award in Scenic Design from USITT.

As an artist trained in live theater, I have been curious about how virtual reality can fit into my practice. In this piece, I explore the relationship between the physical environments that the photographer and the viewer each inhabit, and the virtual environment where they meet. By keeping myself in many of my shots, I try to disrupt the voyeuristic expectations of tourist photography by reminding the viewers of the mechanics behind what they are seeing, while also destabilizing the typical power relationship between my subjects and me.

While many artists working in VR seem to be searching for methods to control their viewers, I am interested in the narrative possibilities that open up when viewers are encouraged to direct their own experiences. Perhaps I am being just as controlling, but by slowing down shots or filming “unlovely” streetscapes, I hope that viewers will take the time to look and look again not only in the virtual world, but also in their own physical worlds.

A Journey with a Camera in Five Movements

*due to current COVID-19 precautions and best practices, the in print and in person elements of PUBLIC UPDATE will be announced in the near future.