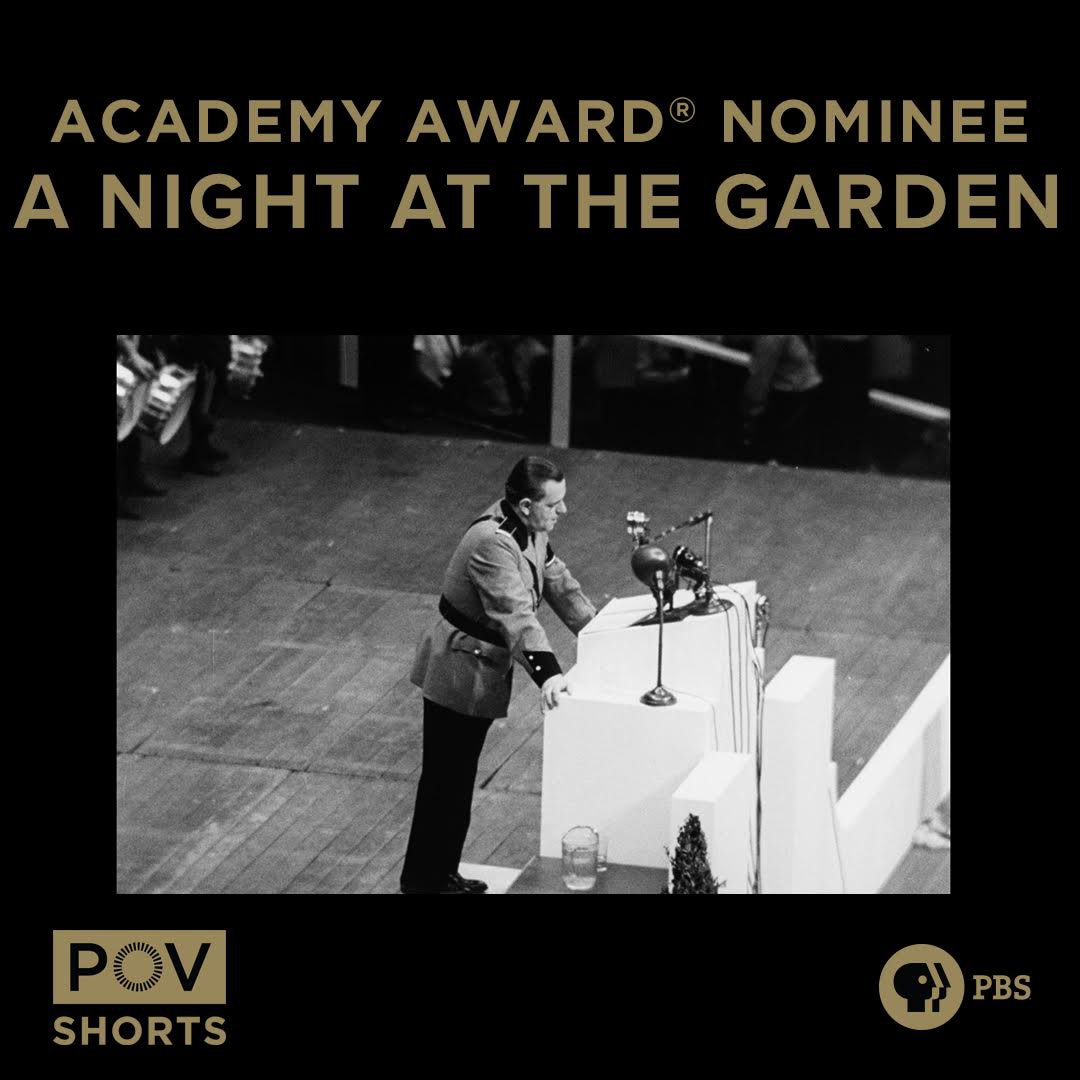 First Academy Nomination for Inaugural POV Shorts Season;Film Premiered in 2018 and Is Streaming on POV.org

New York, N.Y. —Jan. 22, 2019 — Marshall Curry's A Night at the Garden, which premiered on the PBS documentary series POV Shorts and pov.org on has been nominated for the Best Documentary Short Subject prize for the 91st Academy Awards.

Bing Liu’s Minding the Gap has also been nominated for Documentary Feature Oscar for the 91st Academy Awards.

The film takes audiences to 1939, when 20,000 Americans rallied in New York’s Madison Square Garden to celebrate the rise of Nazism—an event largely forgotten from American history. A Night At the Garden uses striking archival fragments recorded that night to transport modern audiences into this gathering and shine a light on the disturbing fallibility of seemingly decent people. The film was produced by Field of Vision. Along with Minding the Gap, today's nominees were among six POV films named in the Academy's documentary shortlists.

"We are thrilled for Marshall and his team on a well-deserved nomination," said Justine Nagan, executive producer/executive director of POV/American Documentary. "This is Marshall's fifth film and third Oscar nomination with us and an exciting recognition not only for our new POV Shorts series, but for the role public media plays in the evolving shorts landscape. We're proud to have brought A Night at the Garden to PBS, and wish the team the best of luck February 24."

Voting closes Tuesday, February 19, 2019. A Night at the Garden is streaming now on pov.org. For screeners for Minding the Gap, email communications@pov.org.