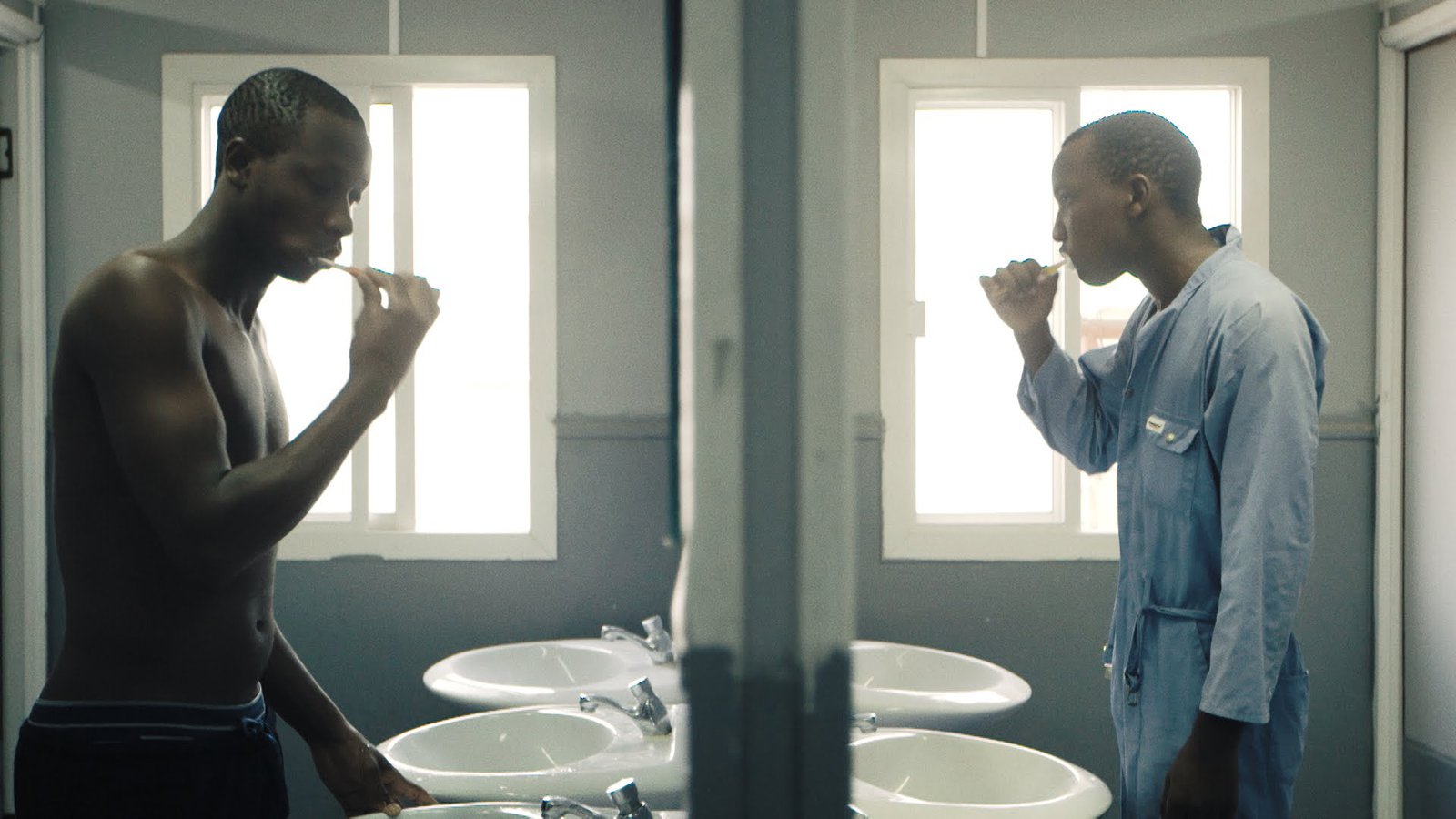 Photographs, poems, and interviews with children reveal the hardships and hopes of Mexican American migrant farm workers and their families.

This book gives a basic introduction to the once-overlooked peninsula nation of Qatar. Today the tiny country plays an outsized role in the global economy in part because of its natural resource reserves.

This is the story of Dolores Huerta and the extraordinary battle she waged to ensure fair and safe work places for migrant workers. The powerful text, paired with Robert Casilla’s vibrant watercolor-and-pastel illustrations, brings Dolores’s amazing journey to life. A timeline, additional reading, articles, websites, and resources for teachers are included.

This collection of essays examines the social and political dimensions of migrant labor in the Middle East. For over 50 years, economic migrants from Africa and Asia have found employment in the Middle East, particularly as domestic workers. These essays analyze how the conditions of migrant labor affect family life in various countries, including Argentina, Canada, Germany, Italy, Lebanon, Norway, the Philippines, Slovenia, South Korea, Spain, the United Arab Emirates, the United States of America, and Ukraine.

From trade unions in South Africa to resistance in oppressive Gulf states, migrating forest workers in the Czech Republic, and illegal workers’ organizations in Hong Kong, Just Work brings together a wealth of lived experiences and frontline struggles for the first time. Highlighting developments in the wake of austerity and attacks on traditional forms of labor organizing, the contributors show how workers are finding new and innovative ways of resisting. The result is both a rich analysis of where the movement stands today and a reminder of the potentially explosive power of migrant workers in the years to come.

This volume provides in-depth information on the Convention and on the reasons behind states’ reluctance towards its ratification. It brings together researchers, international civil servants and NGO members and relies upon an interdisciplinary perspective that includes not only law, but also sociology and political science.

Foer, Franklin. How Soccer Explains the World: An Unlikely Theory of Globalization. HarperCollins, 2004.

How Soccer Explains the World is a unique take on the world’s most popular sport. Foer argues that soccer is a lens that can help us understand politics, the global economy and cultural movements of today.

Renowned Uruguayan author and journalist Eduardo Galeano’s international history of soccer is both comprehensive and poetic. He celebrates the star players behind the game but also reveals its dark underbelly, including corrupt international politics and questionable labor practices. Ultimately, Galeano’s love letter to soccer presents the sport as a great equalizer that brings together people of all classes and nationalities.

Written with an economist’s brain and a soccer writer’s skill, Soccernomics applies high-powered analytical tools to everyday soccer topics, looking at data and revealing counterintuitive truths about the world’s most beloved game. It all adds up to a revolutionary new approach that has helped change the way the game is played. This World Cup edition features ample new material, including fresh insights into FIFA’s corruption, the surge in domestic violence during World Cups, and Western Europe’s unprecedented dominance of global soccer.

In the southern Indian state of Kerala, Najeeb’s dearest wish is to work in a Persian Gulf country and earn enough money to send some back home. One day, he finally achieves this dream, only to be propelled by a series of incidents—grim and absurd—into a slave-like existence, herding goats in the middle of the Saudi desert. Memories of his loving family and of the lush, verdant landscape of his village haunt Najeeb, whose only solace is the companionship of goats. In the end, the lonely young man is forced to contrive a hazardous scheme to escape his desert prison.

“Sometimes you do not truly observe something until you study it in reverse,” writes Karim Issar upon arrival to New York City from Qatar in 1999. Fluent in numbers, logic, and business jargon yet often baffled by human connection, the young financial wizard soon creates computer program named Kapitoil that predicts oil futures and reaps record profits for his company.

Police captain Ali’s hopes of joining the elite government forces are dashed when his childhood deformity is discovered. His demotion brings him face to face with the corruption of labor agencies and also Maryam, an aspiring journalism student, who is unlike any local girl he has ever met. Ali and his unlikely sidekick must work together to find the reason so many laborers are dying. Against the glittery backdrop of the oil rich Arabian Gulf, Ali pursues a corrupt agency that will stop at nothing to keep their profits rising.

Unnikrishnan presents twenty-eight linked stories that careen from construction workers who shapeshift into luggage and escape a labor camp, to a woman who stitches back together the bodies of those who’ve fallen from buildings in progress, to a man who grows ideal workers designed to live twelve years and then perish—until they don’t, and found a rebel community in the desert. With this polyphony of voices, Unnikrishnan maps a new, unruly global English and gives personhood back to the anonymous workers of the Gulf.

Ghost. Ape. Living dead. Young Chipo has been called many names, but to her mother — Zimbabwe’s most loyal Manchester United supporter — she had always just been Chipo, meaning gift. On the eve of the World Cup, Chipo and her brother flee to Cape Town hoping for a better life and to share in the excitement of the greatest sporting event ever to take place in Africa. But the Mother City’s infamous Long Street is a dangerous place for an illegal immigrant and albino.

Photographs, poems, and interviews with children reveal the hardships and hopes of Mexican American migrant farm workers and their families.

This book gives a basic introduction to the once-overlooked peninsula nation of Qatar. Today the tiny country plays an outsized role in the global economy in part because of its natural resource reserves.

This is the story of Dolores Huerta and the extraordinary battle she waged to ensure fair and safe work places for migrant workers. The powerful text, paired with Robert Casilla’s vibrant watercolor-and-pastel illustrations, brings Dolores’s amazing journey to life. A timeline, additional reading, articles, websites, and resources for teachers are included.

Curtis, Jamie Lee and Laura Corness. This is Me: A Story of Who We Are & Where We Come From. New York: Workman Publishing, 2016.

In This Is Me a teacher tells her class about her great-grandmother’s dislocating journey from home to a new country with nothing but a small suitcase to bring along. And she asks: What would you pack? What are the things you love best? What says “This is me!” With its lively, rhyming language and endearing illustrations, it’s a book to read again and again, imagining the lives of the different characters, finding new details in the art, thinking about what it would be like to move someplace completely different.

When Papa Rabbit does not return home as expected from many seasons of working in the great carrot and lettuce fields of El Norte, his son Pancho sets out on a dangerous trek to find him, guided by a coyote. Includes glossary and author’s note about illegal immigration and undocumented workers.

Although first published in 1995, From Far Away is more relevant today than it has ever been. This story is based on the real-life experience of Saoussan Askar, who emigrated with her family from war-torn Lebanon when she was seven years old. While still in elementary school, Saoussan wrote to bestselling author Robert Munsch about her situation. Together, they turned her story into a book.

When a black South American soccer star signs on to a team in the country’s racist south, headlines blare. And when he falls for the sensual Desmerelda, a stunning white pop singer and daughter of a wealthy politician, their sudden and controversial marriage propels the pair to center stage, where they burn in the media spotlight. But celebrity attracts enemies; some very close to home. And its dazzle reaches into the city’s hidden corners, exposing a life of grit and desperation the glitterati could never imagine.