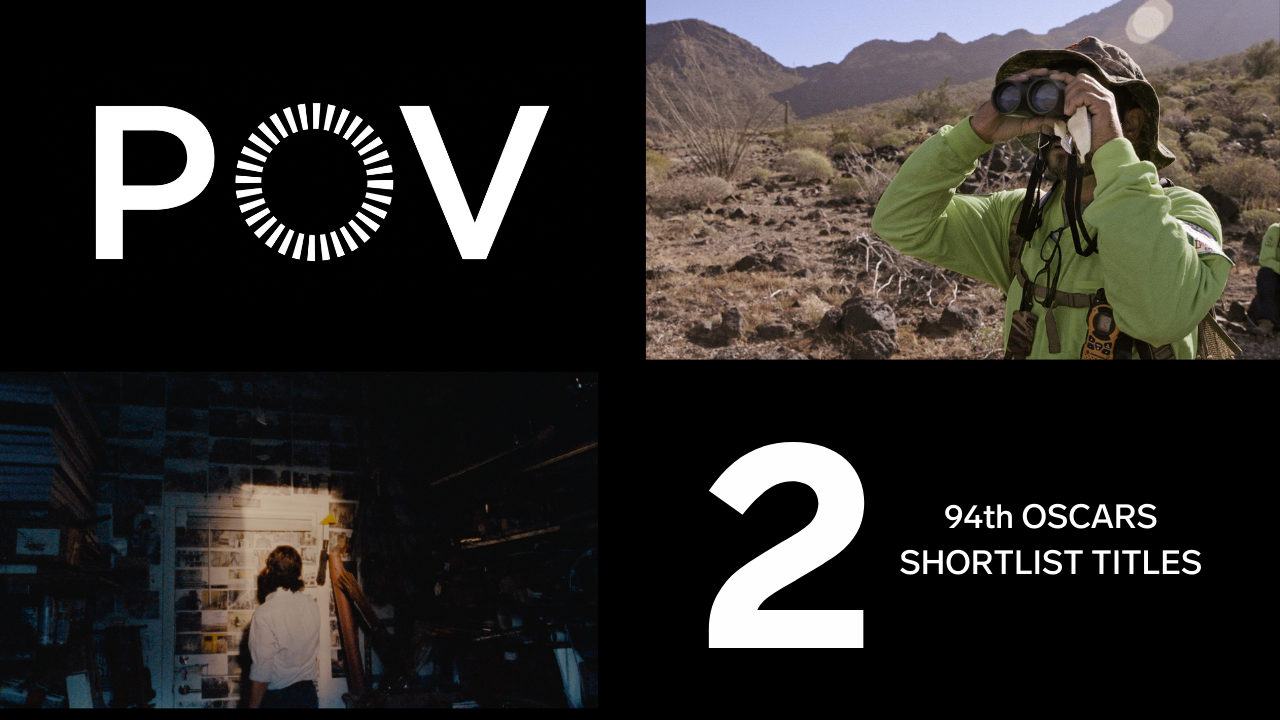 New York, N.Y. – December 22, 2021 – American Documentary is proud and excited for the film teams of Águilas and A Broken House on being shortlisted in the 94th Academy Awards'® Documentary Awards - Short Subject category as announced yesterday by the Academy of Motion Picture Arts and Sciences. Both films are part of POV Shorts 4th season.

"In another fantastic year for documentary films, we honored that Águilas and A Broken House have been named among the best pieces of nonfiction filmmaking" said Erika Dilday, executive director/executive producer of American Documentary | POV. We are so happy the film teams chose POV as their public media home as the power of inspiring, sobering and compassionate stories has never felt so meaningfully urgent. That we get to share them all over the country with no barriers to access is a privilege that we at POV cherish.”

"I am so very excited for Kristy Guevara-Flanagan and Maite Zubiaurre, directors of Águilas and Jimmy Goldblum, director of A Broken House and so very proud of these films," said Opal H. Bennett, co-producer and POV Shorts producer. "It’s an ever-rewarding privilege to connect outstanding stories, subjects and creators with our public television audience. We’re glad this recognition gives Águilas and A Broken House an expanded platform to share their impactful narratives."

Águilas and A Broken House join 13 other films shortlisted from among 82 projects which qualified this year in the Documentary Short Subject category. You can read more about the films below.

Along the scorching southern border in Arizona, only an estimated one out of every five missing migrants is ever found. Águilas is the story of one group of searchers–the Águilas del Desierto–who volunteer monthly to recover the missing.

Mohamad Hafez received a one-way ticket to the United States. Missing his homeland, he decided to create a stand-in. A story of love, loss and creating pathways home.