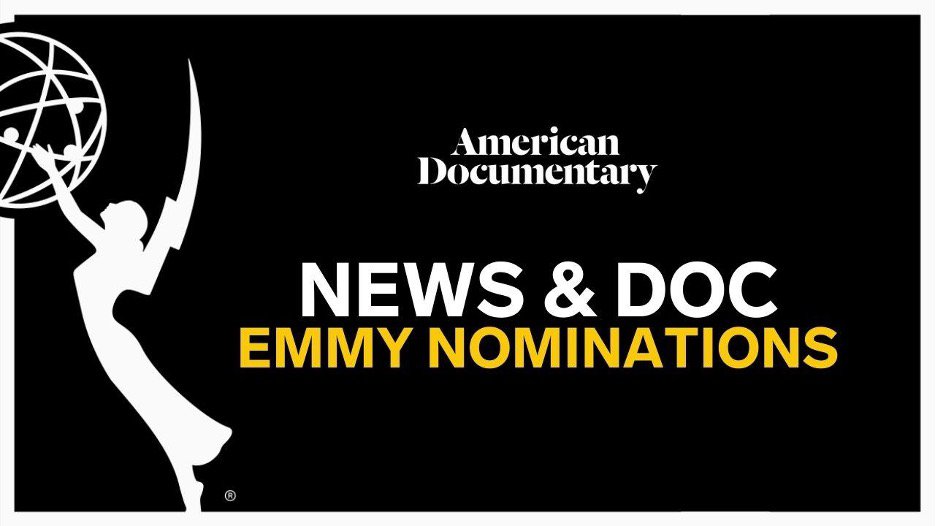 "We are honored to have the academy recognize our longstanding commitment to authentic voices and thought-provoking, timely, and experimental documentaries with these nominations," said Erika Dilday, executive producer of POV and America ReFramed and executive director of American Documentary.

"We are so proud of this latest honor for this brilliant film. Mohamad's story stretches across country and identity, and brings into bittersweet focus the challenges faced by so many migrants–it deserves every accolade." said Opal H. Bennett, POV Shorts producer and POV co-producer, of the nomination for A Broken House.

For more than three decades, POV has worked hand-in-hand with filmmakers to elevate the documentaries that inspire us, educate us and entertain us. American Documentary's 'POV' 2022 Emmy nominations follow. To find photos and press materials visit: https://www.amdoc.org/pressroom/.

The full list of nominees for the 43rd Annual News and Documentary Emmy® Awards is available at https://theemmys.tv/. The winners in the Documentary Categories will be presented at the Palladium Times Square Theater in Manhattan, Thursday, September 29, 2022 at 7:30pm ET, and will be streamed live on NATAS’ dedicated viewing platform powered by Vimeo, available on the web at Watch.TheEmmys.TV.