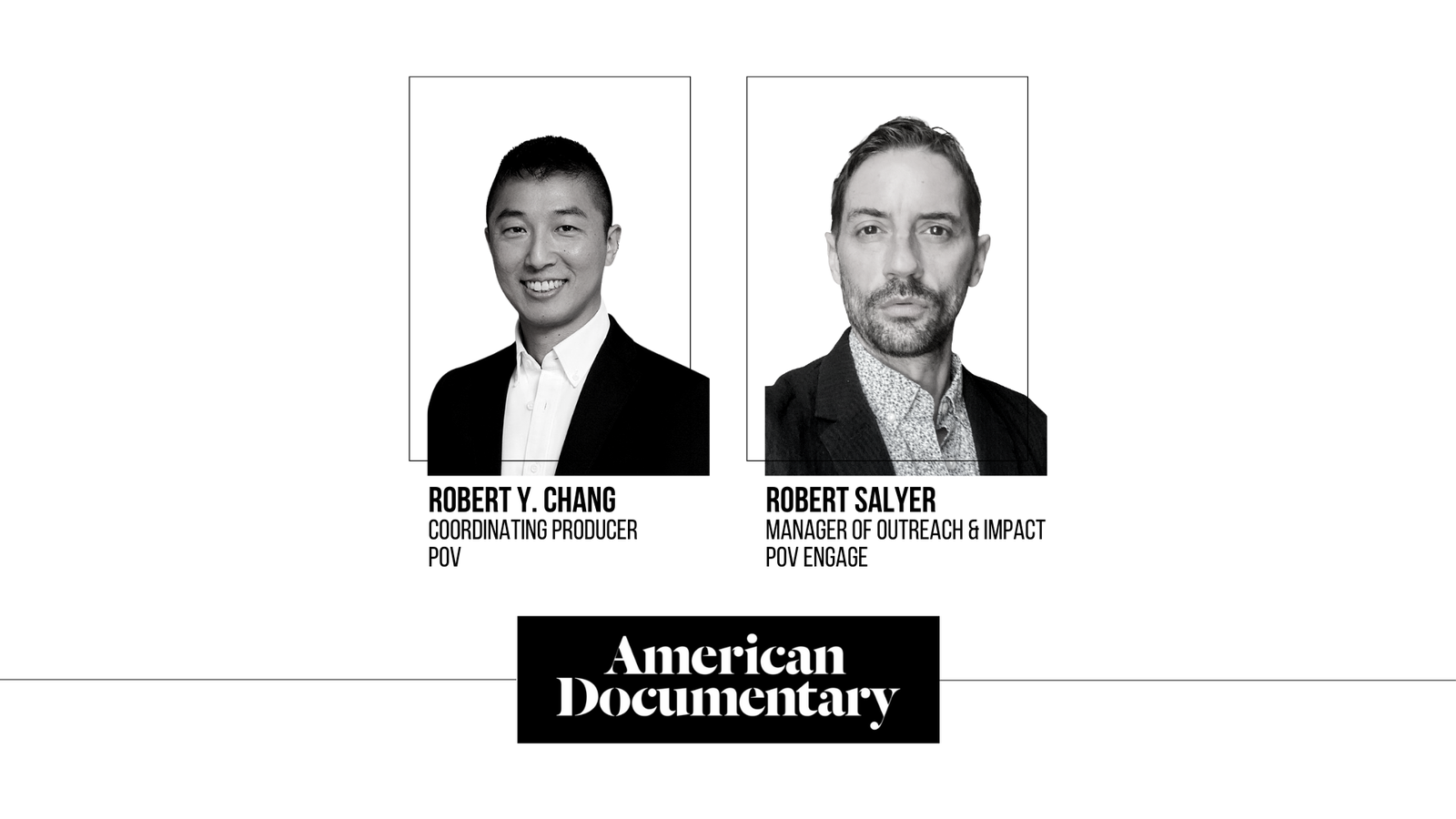 Robert Y. Chang was named Coordinating Producer for 'POV,' the longest-running independent showcase for bold nonfiction films on PBS. Chang moves to 'POV' from his Coordinating Producer role at sister series 'America ReFramed' where he has been since 2017. He joins the POV production and programming department led by long-time Executive Producer Chris White, and will work closely with Co-producer and Shorts Producer, Opal H. Bennett, Associate Producer Nicky Cook, and Media Coordinators Annick Laurent and Kerry LeVielle.

Robert Salyer was promoted to POV Engage's Manager of Outreach and Impact. The initiative goes beyond the broadcast, positioning documentaries to open minds and advance social justice through community programming and collaborations with impact producers, film teams, educators, librarians, and more. POV Engage is led by Asad Muhammad and the department includes Education Manager, Courtney Cook and Senior Associate for Programs and Engagement, Rachel Friedland.

"I'm happy to welcome AmDoc veterans Robert Chang and Robert Salyer to new roles within the organization” said Erika Dilday, executive director of American Documentary, “We are extremely fortunate to have their considerable experience and talents as American Documentary continues to evolve.”

Robert Y. Chang is an Emmy-nominated producer. He served for five seasons as the coordinating producer for 'America ReFramed' where he facilitated the national broadcast premieres of nearly seventy independent films. He has also served as juror for festival and industry awards including: the IDA Awards, RTDNA Murrow Awards, and the News & Documentary Emmys. Robert received his PhD in Cultural Anthropology at NYU with research on the intersection of religion and media. As an independent filmmaker, Robert's work has screened worldwide and is distributed by Documentary Educational Resources (DER). In 2020, DOC NYC awarded him a New Leader in Documentary. In addition to his new role at 'POV,' Robert is a member of the Producers Guild of America and NLGJA. He also serves as programmer, panelist, and reviewer for a range of film festivals, foundations, and funders of the arts.

Prior to his new role, Robert worked with the POV Engage team as Outreach Specialist, executing national outreach and partnership development for film-specific campaigns, educational resources and other organizational efforts, including leading the "Our America: Documentaries in Dialogue" project, an initiative that empowers PBS stations and local partners to champion civil, civic dialogue about issues that matter to their communities. A staff member at Appalshop, Inc. from 1998 to 2014, Robert’s work has screened extensively in the U.S. and abroad, and has been included in such exhibitions as MoMA’s Documentary Fortnight and the Film Festival Dokumenter in Yogyakarta, Indonesia. He has worked in the field for nearly 25 years as a sound recordist and cinematographer for productions by CNBC, Greenpeace, HBO, and Break Thru Films, among others. Recently, Robert was the Producer of Portraits and Dreams, a documentary that aired nationally via 'POV' as part of its 32nd season on PBS.

Stay up to date with news from American Documentary by subscribing to the monthly AmDoc Digest. For more information on job and internship opportunities, visit amdoc.org/careers.