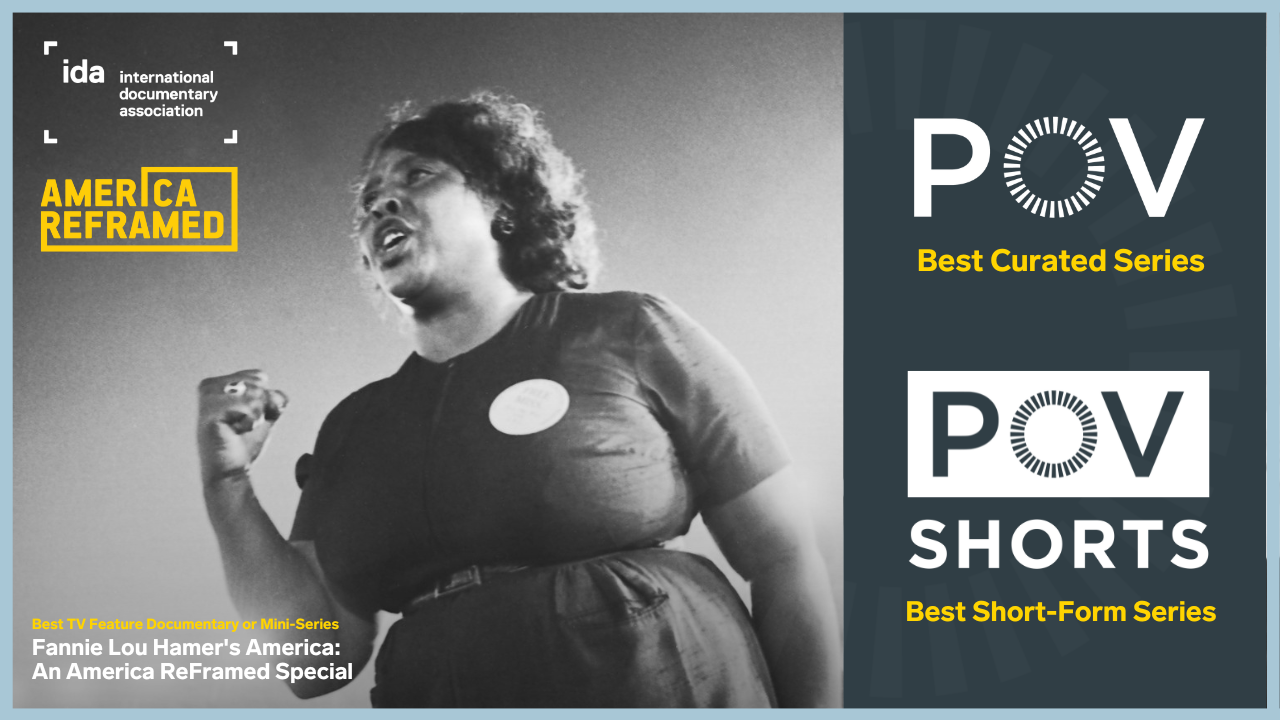 About America ReFramed
America ReFramed is a co-production of WORLD Channel and American Documentary, Inc. The series curates a diverse selection of independent documentaries that brings to national audiences compelling stories which illuminate the changing contours of our ever-evolving country. Viewers will be immersed in stories that span the spectrum of American life, from the streets of towns big and small to its exurbs and country roads. The documentary series presents an array of personal voices and experiences through which we learn from our past, understand our present and are challenged to seek new frameworks for America’s future.

America ReFramed received a Peabody Award for Deej and an Alfred I. duPont-Columbia University Award for Class of ‘27. The series has earned several Christopher, GRACIE, Telly and Cine Golden Eagle Awards, as well as multiple nominations for Emmy, Independent Documentary Association and Imagen Awards.

About WORLD Channel
WORLD shares the best of public media in news, documentaries and programming. WORLD’s original series examine the issues and amplify the voices of those often ignored by mainstream media. The multicast 24/7 channel helps audiences understand conflicts, movements and cultures from around the globe. Its original work has won a Peabody Award, an Alfred I. duPont-Columbia Award, an IDA Documentary Award, a National News and Documentary Emmy Award, two Webby Awards and many others honoring diversity of content and makers. WORLD is carried by 195 member stations in markets representing 75.1% of US TV households. Funding for WORLD Channel is provided by the Corporation for Public Broadcasting, the John D. and Catherine T. MacArthur Foundation, Wyncote Foundation and the National Endowment for the Arts and Artworks. WORLD is produced by GBH in partnership with WNET and is distributed by American Public Television (APT). Find out more at WORLDChannel.org.