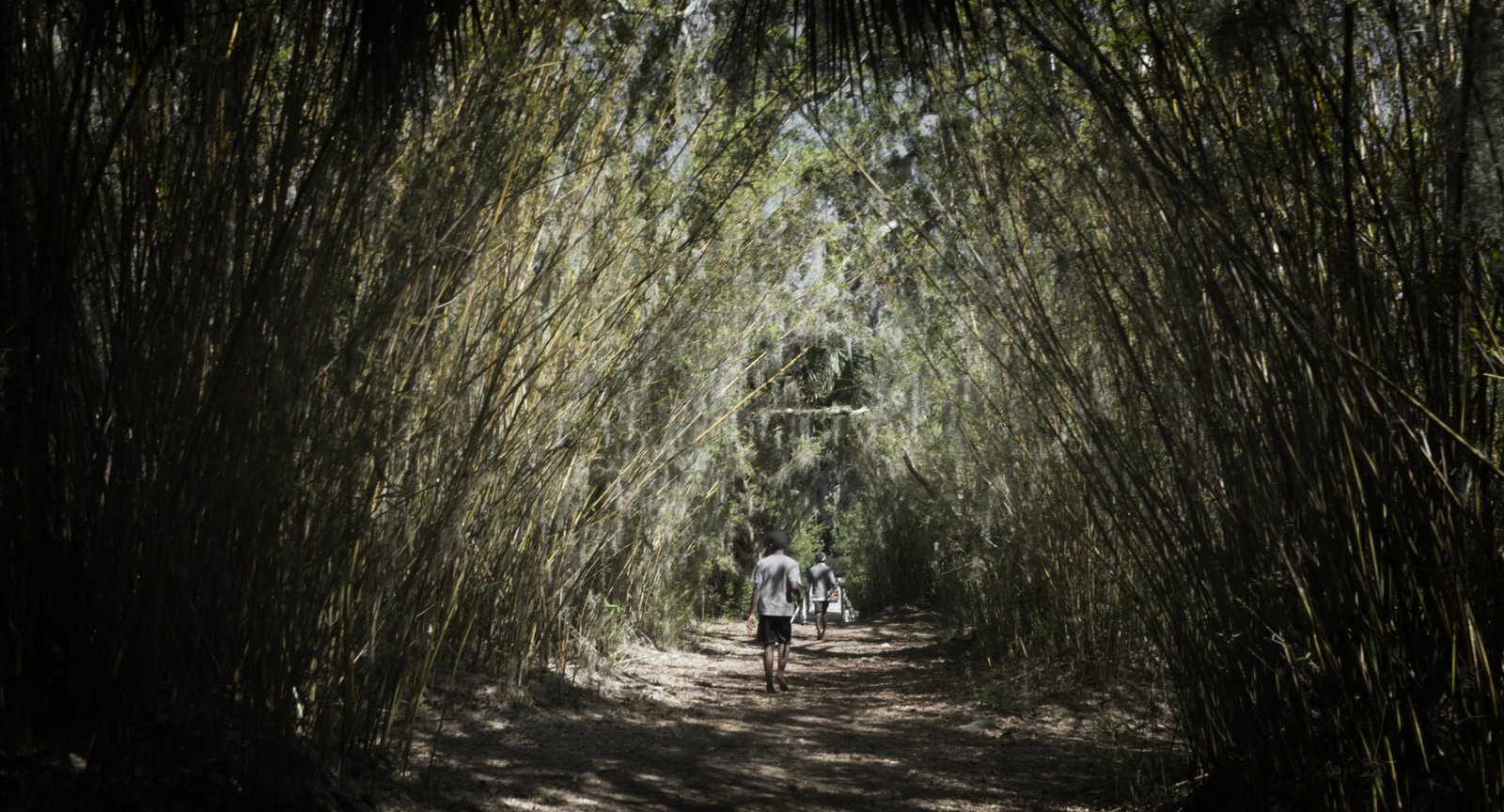 BOSTON (March 17, 2022) — America ReFramed, the Peabody Award-winning documentary series from WORLD Channel and American Documentary (AmDoc), takes viewers to Georgia’s Sapelo Island, the last remaining enclave of the Saltwater Geechee community, where two young brothers, JerMarkest and Johnathan, are coming of age under the care of their adoptive mother. Sapelo will have its U.S. national broadcast premiere on WORLD Channel on Thursday, April 7, at 8 p.m. EST (7 p.m. CT/9 p.m. PT) and will be streamed on worldchannel.org and other platforms.

Winner of numerous prizes including Best Documentary Feature at the RiverRun International Film Festival,Sapelo centers on the boys’ relationship with one another and parent Cornelia Walker Bailey, the community’s elderly matriarch and storytelling griot. Bailey works to raise the boys amidst personal and family struggles while attempting to preserve what remains of an African American community established by her ancestors in the face of encroachment by property developers. Shot in cinema verité by director Nick Brandestini, the film presents the unique splendor of Sapelo set against the backdrop of universal themes of family, love and loss in an isolated and beautiful environment. Taylor Segrest serves as writer/co-director.

“Sapelo gives us a realistic yet magical glimpse into a slice of African American culture that is in danger of disappearing,” said Chris Hastings, executive producer/managing editor of WORLD Channel at GBH in Boston. “We hope that viewers come away with new insight on an often-overlooked American community and that they are inspired to learn more about the Gullah-Geechee heritage.”

Bailey made it her life’s work to sustain that heritage which derives from the customs and practices of enslaved Africans and their descendants who lived in largely self-sufficient communities. Her memoir, God, Dr. Buzzard, and the Bolito Man: A Saltwater Geechee Talks About Life on Sapelo Island, Georgia, was a prominent achievement towards this goal. Actor and award-winning narrator Bahni Turpin provides the film’s voiceover, which is woven throughout the film and inspired by Bailey’s memories of growing up on Sapelo. Turpin, who has narrated more than 100 audiobooks, earning her numerous Audie awards and an induction into the Audible Hall of Fame, began her acting career in Daughters of the Dust, Julie Dash’s pioneering narrative film about a Gullah-Geechee family at a crossroads in the early twentieth century.

“Cornelia Walker Bailey was a renowned historian who worked to preserve the Gullah-Geechee culture and to keep Sapelo Island alive,” said Brandestini, who is best known for his directorial work on documentary films Return to Florence, Darwin and Children of the Arctic, which, like Sapelo, explore the interpersonal and cultural dynamics that define unique communities. “I am hoping that viewers will likewise be called to action to ensure that this historic community continues to thrive well into the future.”

“Through stunning visuals and judiciously-designed audio of the island’s natural world coupled with honest depictions of the people working to keep their culture alive, this film represents much of what modern-day documentary filmmaking strives to accomplish,” said Chris White, executive producer for the series at the New York-based nonprofit American Documentary.“We applaud Nick Brandestini and Taylor Segrest for so beautifully capturing the essence of Sapelo, its residents and the triumphant spirit of Ms. Bailey.”

In addition to the broadcast on WORLD Channel, the film will begin streaming on April 7 on worldchannel.org and on all station-branded PBS platforms, including PBS.org and the PBS Video app, available on iOS, Android, Roku streaming devices, Apple TV, Android TV, Amazon Fire TV, Samsung Smart TV, Chromecast and VIZIO. For more information, visit www.WORLDchannel.org.