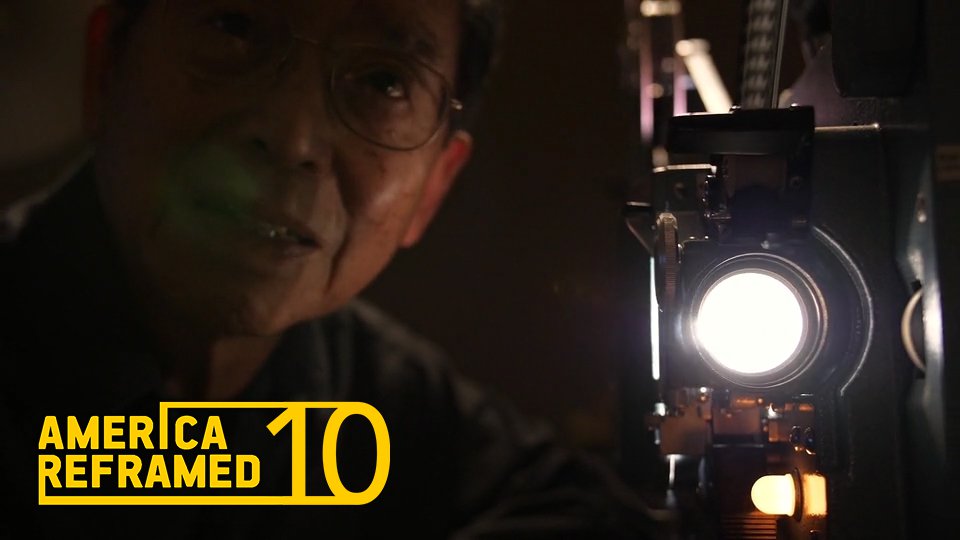 BOSTON (December 6, 2021) – The award-winning documentary series America ReFramed, a coproduction of WORLD Channel and American Documentary, Inc., launches its landmark tenth season with the world premiere of Fannie Lou Hamer’s America, a portrait of the fearless Mississippi sharecropper-turned-human-rights-activist. The season begins with a special presentation on PBS on Tuesday, February 22, 9:00 to 10:30 p.m. ET, followed by its broadcast on WORLD Channel on Thursday, February 24. This marks the weekly series’ move to its new Thursday time slot, with many titles available to stream beginning February 22 on worldchannel.org, WORLD Channel’s YouTube Channel and on all station-branded PBS platforms, including PBS.org and the PBS Video app, available on iOS, Android, Roku streaming devices, Apple TV, Android TV, Amazon Fire TV, Samsung Smart TV, Chromecast and VIZIO.

A tentpole program of public television’s WORLD Channel, America ReFramed brings to life compelling stories, personal voices and experiences that illuminate the contours of our ever-changing country. Since 2012, the anthology series has premiered 170 films from more than 370 filmmakers, including works from established artists like Shola Lynch, Deann Borshay Liem and Marshall Curry and featured broadcast debuts of Nicholas Bruckman, Ursula Liang and PJ Raval. More than half of these documentaries were helmed by female filmmakers and a third are credited to BIPOC filmmakers. The series has centered the stories of the LGBTQ community, people with disabilities, the incarcerated and formerly incarcerated, veterans, seniors, immigrants and people from a myriad of backgrounds.

“For 10 years, America ReFramed has shined a spotlight on a transforming America, bringing audiences into communities that are becoming increasingly diverse and introducing them to people whose stories are often overlooked by the mainstream,” said Chris Hastings, executive producer/managing editor of WORLD Channel at GBH in Boston. “At this moment when our nation’s complex history with race and diversity is encouraging evolution, the work of America ReFramed’s multicultural filmmakers is more important than ever. We are thrilled to continue our partnership with American Documentary to share the powerful upcoming season of America ReFramed with audiences demanding to learn more.”

“At American Documentary, we aim to amplify the bold films created by an exceptional group of filmmakers, those who aren’t afraid to share diverse perspectives and often untold stories. We look to make these films as accessible as possible, to help spur public discourse around the issues we are dealing with as a country,” said Erika Dilday, executive director at American Documentary, the nonprofit that is also behind POV on PBS. “As we enter into our tenth year of producing America ReFramed with WORLD Channel, we will continue to bring these stories to light.”

The season premiere, Fannie Lou Hamer’s America, focuses on the incredible life of one of the Civil Rights Movement’s greatest leaders and the injustices that made her work essential. Airing during Black History Month, the film is produced by Hamer’s great-niece Monica Land and Selena Lauterer and directed by Joy Davenport. Other confirmed titles explore mental health, substance use, refugee experiences and transracial adoption, with community spotlights on the saltwater Geechee of Georgia’s Sapelo Island and intergenerational perspectives on San Francisco’s Chinatown. Additional programs to be announced, with year-round encore presentations on broadcast and streaming.

“Fannie Lou Hamer’s America is a powerful film, one that illustrates the challenges and sacrifices so many faced in fighting for the right to vote,” said Sylvia Bugg, Chief Programming Executive & General Manager at PBS. “We are excited to work with WORLD Channel to bring this exceptional America ReFramed documentary, that highlights contributions of women of color both on screen and behind the camera, to audiences.”

Explore and celebrate the life of a civil rights activist and the injustices in America that made her work essential. Public speeches, personal interviews, and powerful songs of the fearless Mississippi sharecropper-turned-human-rights-activist paint a moving portrait of one of the Civil Rights Movement’s greatest leaders.

The story of a unique American island, its matriarchal griot, Cornelia Walker Bailey, and her adopted sons as they come of age in the last remaining enclave of the Saltwater Geechee people.

Kendra Mylnechuk Potter, a Native woman adopted into a white family, discovers that her birthmother April was also a Native adoptee. Kendra and April connect while navigating what it means to be Native or a member of a tribe from the outside.

In this powerful tale about the rise of Korea’s global adoption program, four adult adoptees return to their country of birth and recover the personal histories that were lost when they were adopted.

In the 1960s, a young San Francisco Chinatown resident, Harry Chuck, turned his lens onto his community to document the Asian-American Movement from the perspective of youth on the front lines.

Three defendants in a specialized mental health probation program and filmmaker Margaret Byrne all reckon with mental illness. Their stories make clear just how precarious the ties between people with mental illness, their families and society can be.

WORLD shares the best of public media in news, documentaries and programming. WORLD’s original series examine the issues and amplify the voices of those often ignored by mainstream media. The multicast 24/7 channel helps audiences understand conflicts, movements and cultures from around the globe. Its original work has won a Peabody Award, an Alfred I. duPont-Columbia Award, a National News and Documentary Emmy Award, two Webby Awards and many others honoring diversity of content and makers. WORLD is carried by 191 member stations in markets representing nearly 74% of US TV households. Funding for WORLD Channel is provided by the Corporation for Public Broadcasting, the John D. and Catherine T. MacArthur Foundation, Wyncote Foundation and the National Endowment for the Arts and Artworks. WORLD is produced by GBH in partnership with WNET and is distributed by American Public Television (APT). Find out more at WORLDChannel.org.