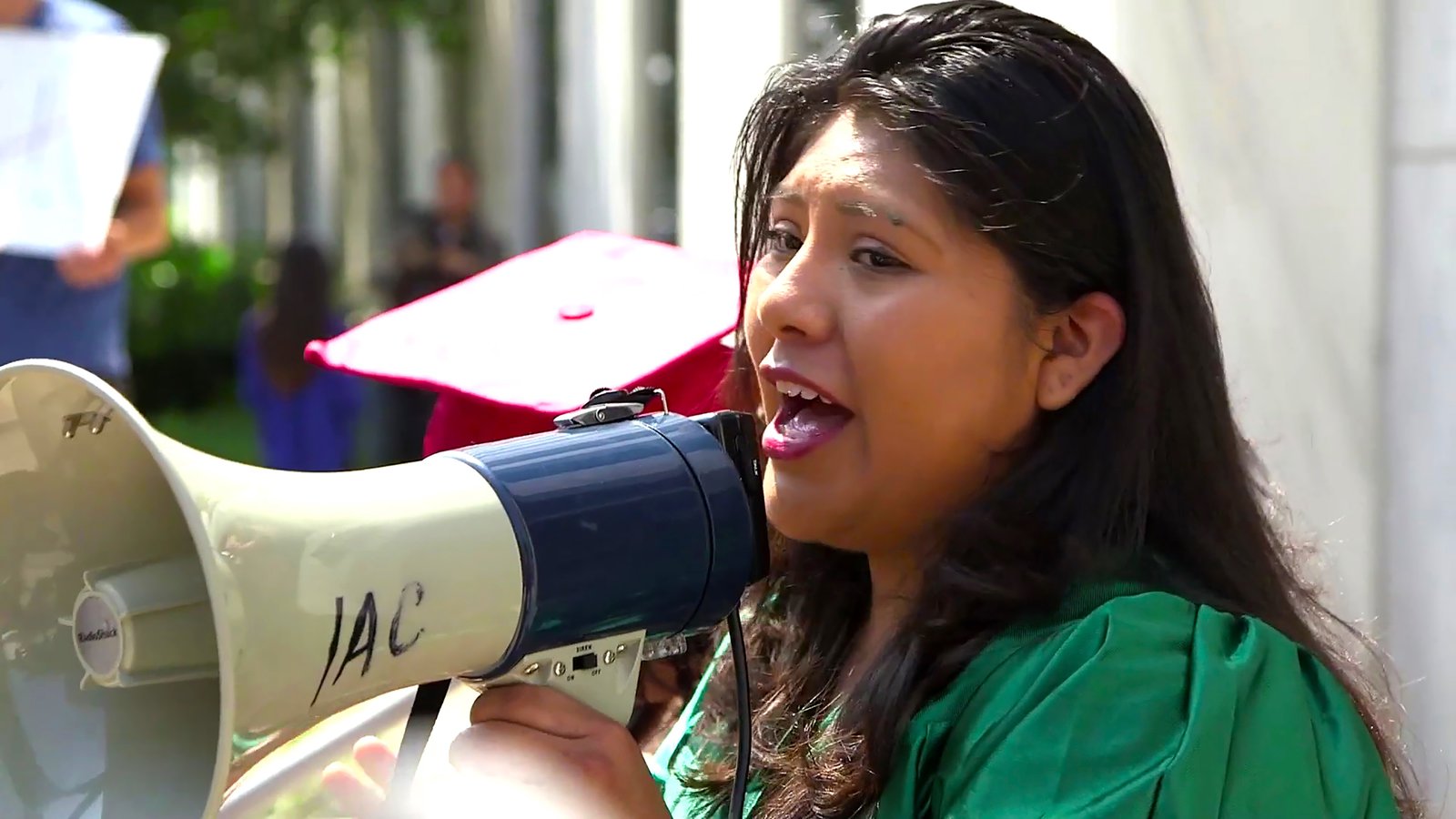 The Unafraid, highlighting DACA and undocumented Latinx teens fighting for their future as the national debate about immigration continues to evolve, airs on October 1 on WORLD Channel.

BROOKLYN, N.Y. (August 14, 2019) — This fall, America ReFramed, the Peabody-award winning documentary series from American Documentary, Inc. and WORLD Channel, shines a light on National Hispanic Heritage Month as it takes audiences behind the headlines and into the lives of three Latinx DACA (Deferred Action for Childhood Arrivals) recipients fighting for their right to higher education. An unflinching and humanizing look at the immigration debate, access to higher education and the ideas of who belongs in America today, The Unafraid, directed and produced by Anayansi Prado and Heather Courtney, premieres on Tuesday, October 1, at 8 p.m. ET on WORLD Channel and online at www.worldchannel.org.

“Films like The Unafraid show the difficult paths taken to achieve equality in education and in American society,” said Chris Hastings, executive producer and editorial manager for WORLD Channel at WGBH Boston. “WORLD Channel sees the importance of sharing stories that show how people are deconstructing barriers and creating their own futures.”

The Unafraid introduces audiences to Alejandro, Silvia, and Aldo, three teenagers who came to the U.S. at a very young age, grew up in Georgia and discover in high school that they are banned from attending the state’s top five public schools because of their undocumented status. Moreover, if they want to attend any other public college in the state, they would not be eligible for in-state tuition. On a quest to pursue higher education, and united through their activism with an immigrants’ rights group, the trio is soon leading the fight for social justice for themselves, their families and their community, as they organize protests and rallies and testify at state senate hearings in their push for a more inclusive society.

Undaunted in the face of demagogic politicians and a nation being engulfed by political and cultural divisions, the students of The Unafraid offer viewers profiles in courage for a new generation of Americans.

The Unafraid premieres on WORLD Channel and online at 8 p.m. ET (7 p.m. CT/ 9 p.m. PT) on Tuesday, October 1, as part of the current season of America ReFramed. The film will be available for streaming on worldchannel.org, amdoc.org and all station-branded PBS platforms including PBS.org, and on PBS apps for iOS, Android, Roku, Apple TV, Amazon Fire TV and Chromecast.

The Unafraid is a co-production of Latino Public Broadcasting with additional support from The Ford Foundation Just Films, The John D. and Catherine T. MacArthur Foundation, the Tribeca Institute, and the John S. Guggenheim Memorial Foundation.