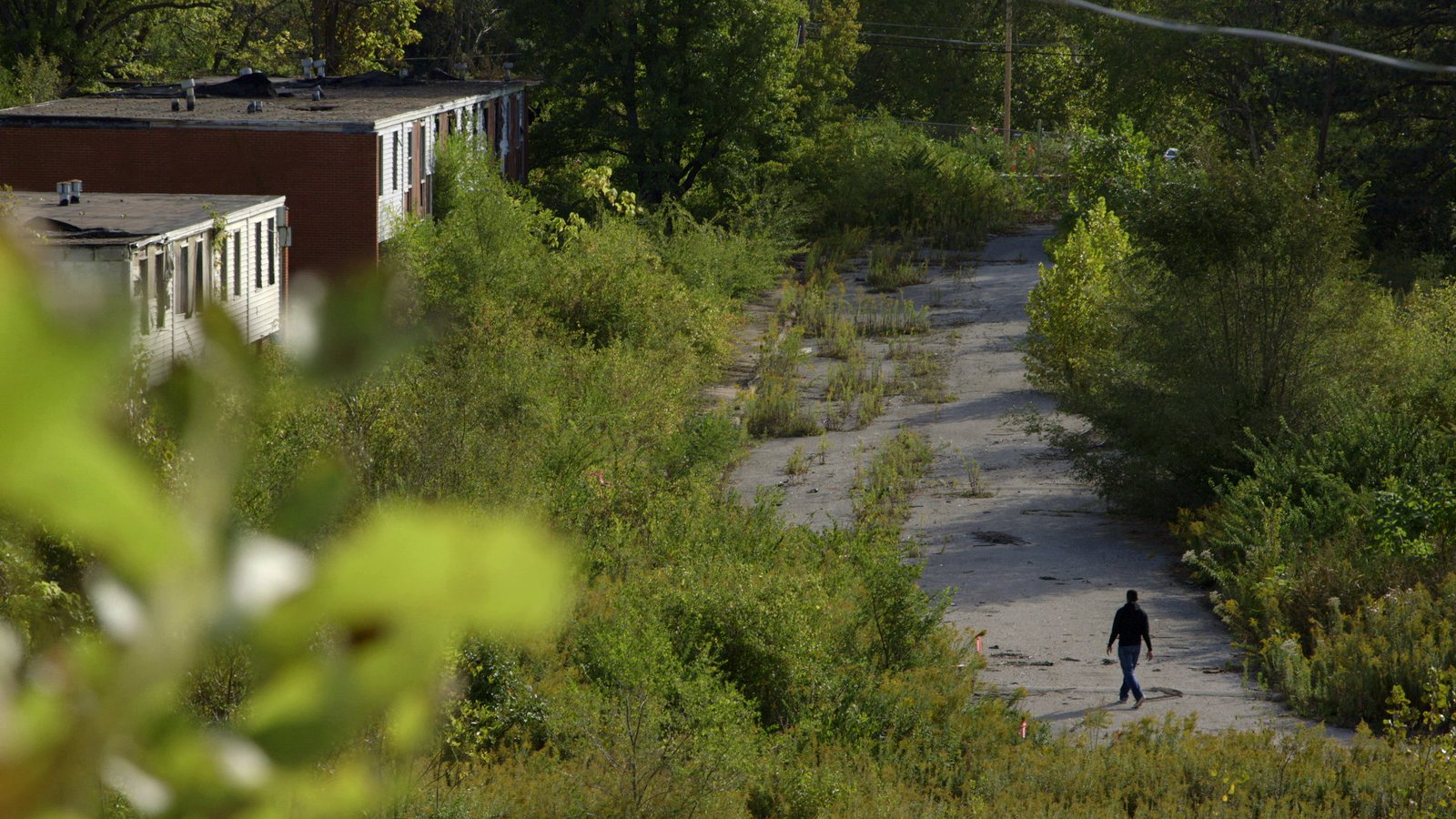 BOSTON (April 20, 2020) — America ReFramed, the award-winning documentary series dedicated to showcasing independent documentary films highlighting the mosaic of life and cultures in contemporary America, returns for its eighth season at 8 p.m. EST on Tuesday, May 5, on WORLD Channel. The new season premieres with Where The Pavement Ends from filmmaker Jane Gillooly, a powerful and intimate examination of segregation and racial injustice in the neighboring towns of Kinloch and Ferguson, Missouri. Presented by WORLD and American Documentary, Inc. (AmDoc), new and encore episodes of America ReFramed will air on Tuesdays throughout 2020.

For the first time ever, America ReFramed will also be debuting on Link TV (DirecTV 375 and Dish Network 9410), the independent non-commercial satellite TV network that connects U.S. viewers to the world. Starting at 9 p.m. ET/PT on May 8, Season 8 will begin to roll out weekly on-air and online. Earlier this year, Link TV and WORLD Channel announced a content-sharing partnership that would bring programming to more than 100 million homes. With a shared commitment to bringing the best in news, documentaries and fact-based information programming from around the world, the collaboration allows viewers of both networks to better understand perspectives and cultures around the globe while examining issues too often ignored by mainstream media.

Season opener Where The Pavement Ends transports viewers to Missouri towns Kinloch and Ferguson, examining the shared histories and deep racial divides affecting both. Through archival audio recordings, photographs and the recollections of residents from what was the once all-Black community of Kinloch and the all-white community of Ferguson, director Gillooly, a Ferguson native, draws parallels between a 1960s dispute over a physical barricade erected between the towns and the 2014 shooting death by police of Michael Brown which brought her town national attention. A haunting and mesmerizing look at the deep and lasting wounds of segregation and racial injustice, Where The Pavement Ends shines a light on the pride and tragedy of Kinloch while also reminding viewers of the countless American neighborhoods, separated by mere blocks, whose residents live worlds apart.

“The eighth season of America ReFramed is one of the strongest we’ve seen, continuing to showcase important stories that resonate with diverse audiences,” said Chris Hastings, executive producer and editorial manager for WORLD Channel at WGBH Boston. “The films highlighted this season reflect not only the different cultures and lifestyles that make up modern-day America, but the many different ways in which people strive to obtain the American ideals of happiness, equality and freedom.”

Season 8 continues on May 12, celebrating Mother’s Day with Nadia Shihab’s documentary Jaddoland, a co-production of the Center for Asian American Media and WORLD. An intimate portrait of the work and process of the director’s visual artist mother Lahib Jaddo, Jaddoland offers viewers a fresh look at the immigrant story in America. Through an exploration of her mother’s art and connections to her life in Texas, Shihab also drafts a unique picture of how art can help both the creator and the audience make sense of familial and cultural connections, loss, perseverance and life.

On May 19, WORLD Channel and America ReFramed will partner with the acclaimed PBS documentary series FRONTLINE and The Marshall Project, a nonprofit news organization committed to covering the criminal justice system in the U.S., for the broadcast premiere of the film Tutwiler, directed by Academy Award-nominated filmmaker Elaine McMillion Sheldon (Heroin(e), Recovery Boys) and reported and produced by The Marshall Project's Alysia Santo. Tutwiler offers a powerful and unforgettable window into the lives of incarcerated pregnant women — and what happens to their newborns. The documentary takes audiences inside Alabama’s notorious Julia Tutwiler Prison for Women and explores the Alabama Prison Birth Project, which aims to help expectant and new mothers learn childbirth and parenting skills while dealing with the pain of being separated from their children.

Following an encore presentation of Nailed It by Adele Pham preceded by 9-Man by Ursula Liang on May 26, the series celebrates Pride Month on June 16 with a new episode, Little Miss Westie from Joy E. Reed and Dan Hunt. A loving and insightful portrait of two transgender siblings — Luca and Ren — and their parents, the film is set in the changing social climate following the 2016 presidential election. Little Miss Westie takes audiences behind the scenes as the family navigates puberty, school, dating and more as the children begin living in their authentic genders and Ren participates in the Lil’ Miss Westie Pageant.

The season continues with another episode recognizing Pride Month with Rodney Evans’ honest and arresting documentary Vision Portraits airing on June 30 a co-production with Black Public Media. Acclaimed director of films like Brother to Brother and The Happy Sad, Evans takes viewers on a personal journey as he ponders how the deterioration of his vision will impact his life and work as a filmmaker. Interviewing blind and low-vision artists — a photographer, a dancer and a writer— Evans embarks on a quest to learn how other artists have continued to create art and how their journeys might serve as inspiration for his own.

“We are so proud to bring this latest collection of films to the American public. Particularly in this time of great uncertainty and challenges, these stories bring us together and remind us to seek courage and hope,” said Justine Nagan, executive producer of America ReFramed and executive director of American Documentary.

All of the films of America ReFramed season 8 will also be available for streaming on worldchannel.org, amdoc.org, on LinkTV.org and the LinkTV app on Apple TV, YouTube and Roku platforms, and all station- branded PBS platforms including PBS.org, and on PBS apps for iOS, Android, Roku, Apple TV, Amazon Fire TV and Chromecast.

WORLD shares the best of public media in news, documentaries, and fact-based informational programming that helps us understand conflicts, movements and cultures that may be distinct from our own. WORLD's original content examines issues too often ignored by mainstream media by telling stories for and with a diversity of voices. WORLD has won a Peabody Award, an Alfred I. duPont- Columbia Award, a National News and Documentary Emmy Award and numerous national honors— including 1st and 2nd place Native Media Awards, an RTNDA Kaleidoscope Award, a Media for a Just Society Award, two Lesbian & Gay Journalist Awards, a Gracie, and an Asian American Journalists Award. WORLD is a growing platform carried by 173 partner stations in markets representing more than 70% of US TV households. It is also available on WORLDChannel.org and social media platforms. Funding for World Channel is provided by the Corporation for Public Broadcasting, the MacArthur Foundation, the Wyncote Foundation and the National Endowment for the Arts. WORLD Channel is produced by WGBH with the support of WNET and is distributed by American Public Television (APT).

Founded in 1999, Link TV is an independent viewer-supported media organization dedicated to providing programs that engage and inform its audiences with unique perspectives, and empower them to become involved in the world. Reaching more than 31 million U.S. satellite households nationally (DIRECTV channel 375 and DISH Network channel 9410), Link TV connects American viewers with people at the heart of breaking events, organizations at the forefront of social change and the vibrant cultures of an increasingly global community. Select programming from Link TV is also available for streaming on Apple TV, YouTube and Roku platforms. For additional information about Link TV productions, web- exclusive content and program schedules, please visit linktv.org.