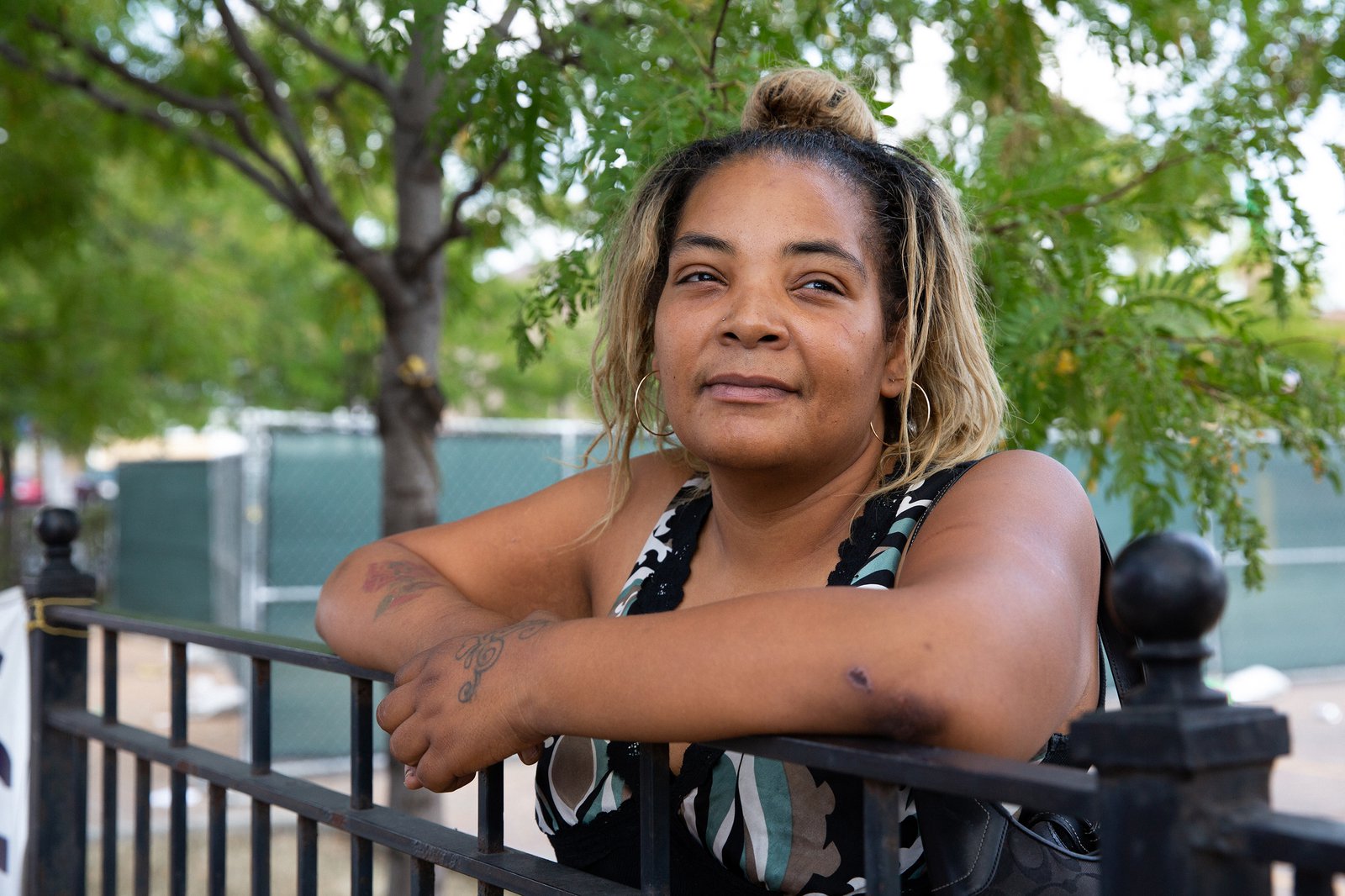 “This film is an example of the magic that happens when the camera keeps rolling, offering an unfiltered view of reality, and sticking with a subject for the long haul. It’s a deeply empathetic documentary” —Pat Mullen, POV Magazine

June 8, 2022, Boston, Mass. - In honor of BIPOC Mental Health Awareness Month in July, for its mid-season finale, America ReFramed is proud to present the broadcast premiere of Margaret Byrne’s award-winning documentary ANY GIVEN DAY on July 7th, during its milestone 10th season on public television's WORLD Channel.

In the midst of widespread defunding of community mental health care programs across the country, the Cook County Jail in Chicago (in 2014, it was the largest single-site mental health facility in the country) has become a default treatment center for people living with mental illness, a trend playing out nationwide. In Any Given Day, while investigating the treatment of detainees, filmmaker Margaret Byrne befriends Angela (a preschool teacher and single mother of four), Dimitar (an author and anthropologist, who emigrated from Bulgaria with his family at age 10), and Daniel (who studied fashion design and once dreamed of being a shoe designer), participants in a mental health court probation program. Their friendship gives each of them the courage to be seen at their most vulnerable. Byrne’s intimate observations of the three captures the hard-fought triumphs and struggles of living at the intersection of mental illness, poverty and addiction.

Filmed over five years, their stories expose a system designed for punishment, yet used as a replacement for mental health care. The absence of support takes a toll on family members and friends whom Angela, Dimitar and Daniel provide for and depend on. The resulting stigma and isolation keep them caught in cycles of victory and defeat.

What begins as a heartfelt desire to accurately portray the lives of Angela, Dimitar and Daniel, forces Byrne to reckon with her own history of mental illness, culminating in a hospitalization for depression and inspiring her to weave her own story into the film.

ANY GIVEN DAY provides deeply personal insight into the necessity of caring relationships, especially when life is at its most difficult.

The issue of mental health is now not only relevant but crucial. Nearly one in five U.S. adults live with a mental illness (that is nearly 51.5 million people in 2019 according to the National Institute of Mental Health).

“I never set out to make an autobiographical film, but at a certain point, it became necessary if it was going to be an honest film,” said director Margaret Byrne. “Once I turned the camera on myself, it forced me to confront the stigma I would continue to perpetuate if I chose to withhold my own illness. It also forced me to challenge the stereotype that a person with a mental illness is an unreliable narrator. Any Given Day solidified the way I want to always make films, proving to me that this process can be very healing.”

Margaret Byrne, Director / Producer / Cinematographer, directed and produced Raising Bertie (POV 2017), a feature documentary following the lives of three African American boys growing up in rural North Carolina. She has worked as a cinematographer on over a dozen films including Surge (2020), Waging Change (2019), All the Queen’s Horses (2017), and American Promise (2014). She was previously a creative director at Universal Music and directed live concerts and music videos for artists such as Jay-Z and Mary J. Blige. In 2005, Byrne produced and edited the live series that launched MTV across Africa. Byrne is an adjunct professor at Columbia College and College of DuPage. She is the founder of Beti Films, an all-women film collective based in Chicago.

'Any Given Day' Credits

Any Given Day is a co-production of Beti Films and the Independent Television Service (ITVS), with funding provided by the Corporation for Public Broadcasting. Partially funded by Illinois Public Media and a Part-Time Faculty Development Grant from Columbia College Chicago.

Watch the trailer for Any Given Day on worldchannel.org and on WORLD’s YouTube channel.

For more information on ANY GIVEN DAY, visit: https://anygivendayfilm.com/

WORLD shares the best of public media in news, documentaries and programming. WORLD’s original series examine the issues and amplify the voices of those often ignored by mainstream media. The multicast 24/7 channel helps audiences understand conflicts, movements and cultures from around the globe. Its original work has won a Peabody Award, an Alfred I. duPont-Columbia Award, a National News and Documentary Emmy Award, two Webby Awards, and many others honoring diversity of content and makers. WORLD is carried by 191 member stations in markets representing over 74% of US TV households. Funding for WORLD Channel is provided by the Corporation for Public Broadcasting, the John D. and Catherine T. MacArthur Foundation, Wyncote Foundation and the National Endowment for the Arts and Artworks. WORLD is produced by GBH in partnership with WNET and is distributed by American Public Television (APT). Find out more at WORLDChannel.org.