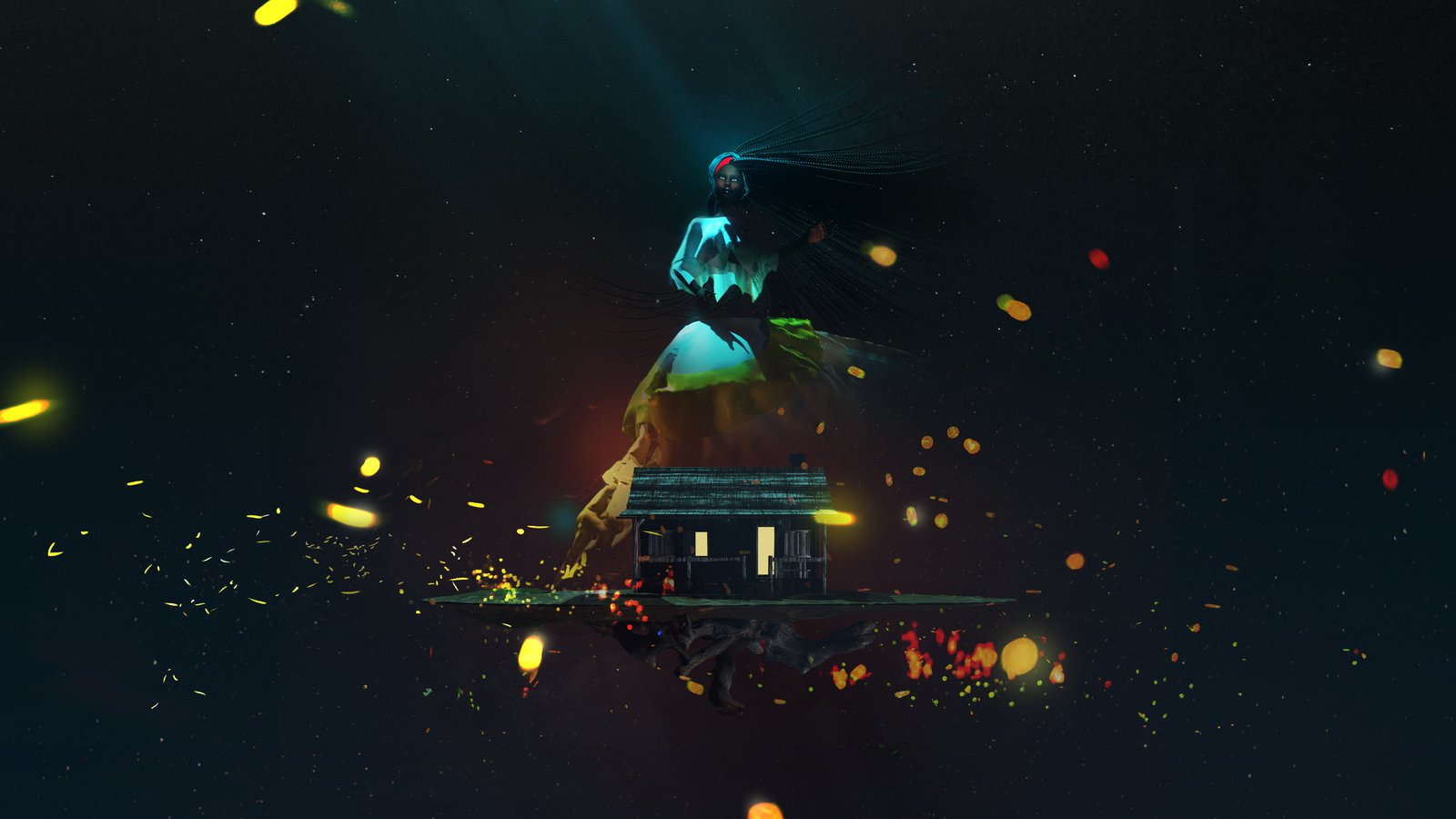 The Changing Same: An American Pilgrimage, a visceral magical realist adventure, explores the critical role that U.S. history plays in forming a deeper and more meaningful understanding of current social and cultural conditions that continue to shape the nation. Through elements of time-travel, participants are invited to traverse the 400-year history of racial inequality in the U.S. while projecting forward to a joyful, Afrofuturist world of possibilities. The project is a room scale virtual reality 6Dof experience that can be watched on an Oculus Rift S or HTC Vive Headset. The creators are also exploring a 360 pre-rendered version that would work on any headset or 360 player thus making it more widely accessible to audiences.

Episode 1 of The Changing Same: An American Pilgrimage precedes an ambitious corpus that unveils the contemporary status of the U.S. and how it interweaves with the past. The full experience will include live performances, where actors are filmed with Depthkit volumetric capture and streamed to audiences as holograms in real time.

Clickhere to watch “Meet the Artists” and see an overview of The Changing Same: An American Pilgrimage

“The Changing Same is the amalgamation of visionary creators who, through grit and perseverance, highlight the systemic and repetitive suppression of Black life, joy and promise, said Opeyemi Olukemi, Executive Producer, POV Spark. “Their foresight to discuss racial injustice, innovatively, is not only timely, but offers a powerful and much needed vision of freedom and hope. This project and the co-creative process used is an example of radical artists helping to both educate and heal communities.”

Celebrated storytellers Michèle Stephenson and Joe Brewster (co-directors of American Promise), Rada Studio, have produced and directed award-winning feature documentaries and narrative films that put BIPOC communities front, center and behind the stories they tell. Previous Sundance winners and Emmy-nominated filmmakers, the husband and wife team commented on what inspired them to make The Changing Same: An American Pilgrimage:

“Joe and I had a very specific vision of how we wanted to tell the story of The Changing Same,” said Michèle Stephenson, lead artist, Rada Studio. “The central idea of collapsing time and space in a way that those experiencing the story can immediately understand and literally feel how the past is never really the past but informs our present and future moves could only be fully realized in a 3D space that we could control and reimagine. Also, from an artivist perspective (politically active artists) we felt it was crucial for us to lay a stake on the ground of what is currently a very white and cis-male dominated virtual reality filmmaking space. I believe that with The Changing Same, not only have we laid that stake, but we are reimagining the meaning of what volumetric storytelling can do.”

“This is a moment in history where narrative is more important than ever,” said Joe Brewster, lead artist, Rada Studio. “Our agency as a segment of American Society is determined by who tells our story as Black Americans and we want to have the opportunity to reset and reimagine. This groundbreaking volumetric storytelling process will revolutionise theater as we know it and hopefully democratise and empower along the way.”

For The Changing Same: An American Pilgrimage, Elayat is using Scatter's most advanced software to date, Depthkit Studio, to invent a never-seen-before visionary storyworld that combines authentic recording of real people and real places in 3 dimensions, with evolving simulations.

“The volumetric filmmaking techniques used to create this project enable Michèle, Joe and I to both preserve and reimagine Black history through this time travel experience,” said Yasmin Elayat, lead artist, Scatter. “Depthkit records volumetric video of genuine people, and allows that visual data to drive imaginative effects that transport us between our recursive past and a hopeful future. This is a truly landmark project merging powerful storytelling and stunning visuals with cutting-edge technology that pushes the medium forward."

Cementing the experience is an original score by Black experiential musician serpentwithfeet, his first collaboration with Rada Studio and Scatter.

"I am constantly looking for ways to honor Black traditions,” said serpentwithfeet. “Being part of The Changing Same is a great way for me to continue that pursuit.”

The Changing Same: An American PilgrimageCredits

A Scatter and Rada Studio co-production

Executive Producers are POV Spark and The Fledgling Fund

Major funding for POV Spark is provided by The John D. and Catherine T. MacArthur Foundation, Open Society Foundations and the National Endowment for the Arts.

Rada Studio began as a partnership between husband and wife team Joe Brewster and Michèle Stephenson with a mission: To create compelling visual stories that provoke thought about our multicultural world. The couple won a special jury prize for documentary filmmaking in 2013 for the groundbreaking story, American Promise.

The Changing Same, Rada Studio’s third project invited to the Sundance Festival is clearly in line with their mission. “Our work is an expression of our own personal mission to use visual storytelling to better understand our experiences as Black people navigating American society.” Trying to balance family life with their artistic passions during the intervening years leading up to the creation of Rada Studio, Michèle and Joe created narrative films, documentaries, emerging media, and have authored books that challenge and inspire audiences across the world to think critically about their own place and roles in society.

“We use the art form to explore our agency and ambivalence about the internalized nature of systemic oppression, and question our own and our subjects’ relationship to that world. It is in those gray areas that art is created and where change can be affected for us as individuals as well as for the constantly shifting communities we reside in.”

The Brewster/Stephenson family process is obviously working. Sundance 2021 will also premiere another project, Traveling the Interstitium with Octavia Butler co-directed by their son, idris brewster.

Scatter is the Emmy award-winning technology studio behind volumetric titles including Zero Days VR, Blackout and CLOUDS. Scatter invented the term "volumetric filmmaking", and has led the boom of independent and artistic interactive 3D content. Scatter's groundbreaking software, Depthkit, is the world's most widely used tool for capturing real people in volumetric video. Depthkit Studio, Scatter's new full body, multi-sensor volumetric capture solution, is now being used by creative companies worldwide, setting the bar for the most important step forward in video technology of our times.