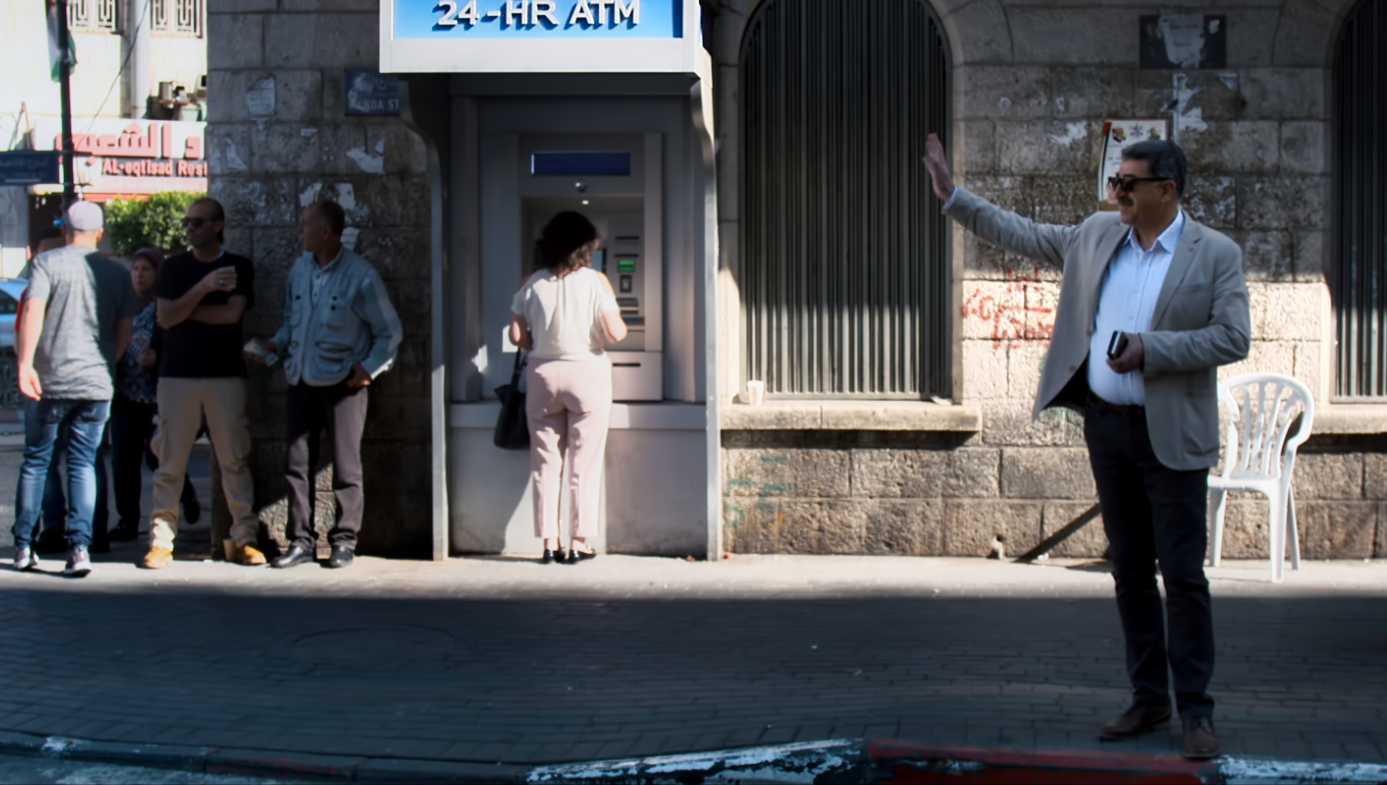 How did you first learn about Musa Hadid?

I spent a bunch of time in the Middle East over the last decade, and when I got into filmmaking and was working as an editor, I worked on a documentary Off Frame by Mohanad Yaqubi. The edit was in Ramallah. It had been a few years since I’d been back and I was surprised by the hipster bars, the night clubs, the free unlimited public wifi, the Jaguar dealerships… the city felt like it was at a crossroads. I filed it away, and a year later Mohanad came to New York, where I live, and one night I asked him “What’s the mayor like?” He told me a bit about him, and that he was Christian, and a light bulb went off. I wanted to figure out what his job was like, and I had a feeling that it’d be interesting.

Local governance has been a pressing issue in the US during COVID -- do you have a sense for how the pandemic has affected Musa’s job?

The pandemic’s been a challenge for any and all civic administrations and local governments anywhere in the world. But imagine attempting to exercise rules and health regulations when you don’t even have authority over your own city, and where access to vaccinations is subject to a colonial force occupying your land, whose residents are sixty times more likely to be vaccinated than you. It’s made a difficult job far more difficult.

What is one thing you hope audiences take away from the film?

I wanted to make a film that added some imagery to the idea of Palestine for American audiences, who are used to a pretty one-dimensional view of this part of the world.

Mayor takes a different angle from a lot of films about relations between Israel and Palestine, why did you choose to emphasize the ordinariness of much of Musa’s job?

Everyone knows what a mayor does. It’s a point of relativism that felt like a sound and safe launching point to bring new audiences to this kind of story - one that people frequently feel is so “complicated” that they refuse to engage. Mayor is a simple story at times, almost a fable. I didn’t want to exclude anyone, or make them feel like they needed a college degree in Middle Eastern studies to understand some basic elements of what’s happening here. When you’re watching Mayor you’re not watching a film about the “Israel-Palestine conflict,” you’re watching a personal story of dignity - with humor and pathos and points that allow you to relate to people who are historically denied relatability on Western screens.

Were there any other films that influenced how you went about telling Musa’s story?

I watched lots of fiction films to prepare for making Mayor. I wanted the film to feel grounded in narrative, not pedagogy. So I watched lots of Czech New Wave, because I love the sense of humor and the approach to the banal and what it represents cinematically (films like Fireman’s Ball, Loves of a Blonde). And a bunch of Rossellini and Kiarostami and Sissako movies. A lot of dark comedies and love stories and melodramas.

What’s been the most surprising reaction you’ve received from an audience?

I’m grateful people felt like they had permission to laugh while watching the film. That, to me, meant that people felt comfortable with the film’s point of view, and understood that the humor was never about punching down, but about building a relationship between the viewer and the people in the film. Satire can be as simple as dignified people in extremely undignified situations, and nothing is more undignified than occupation.