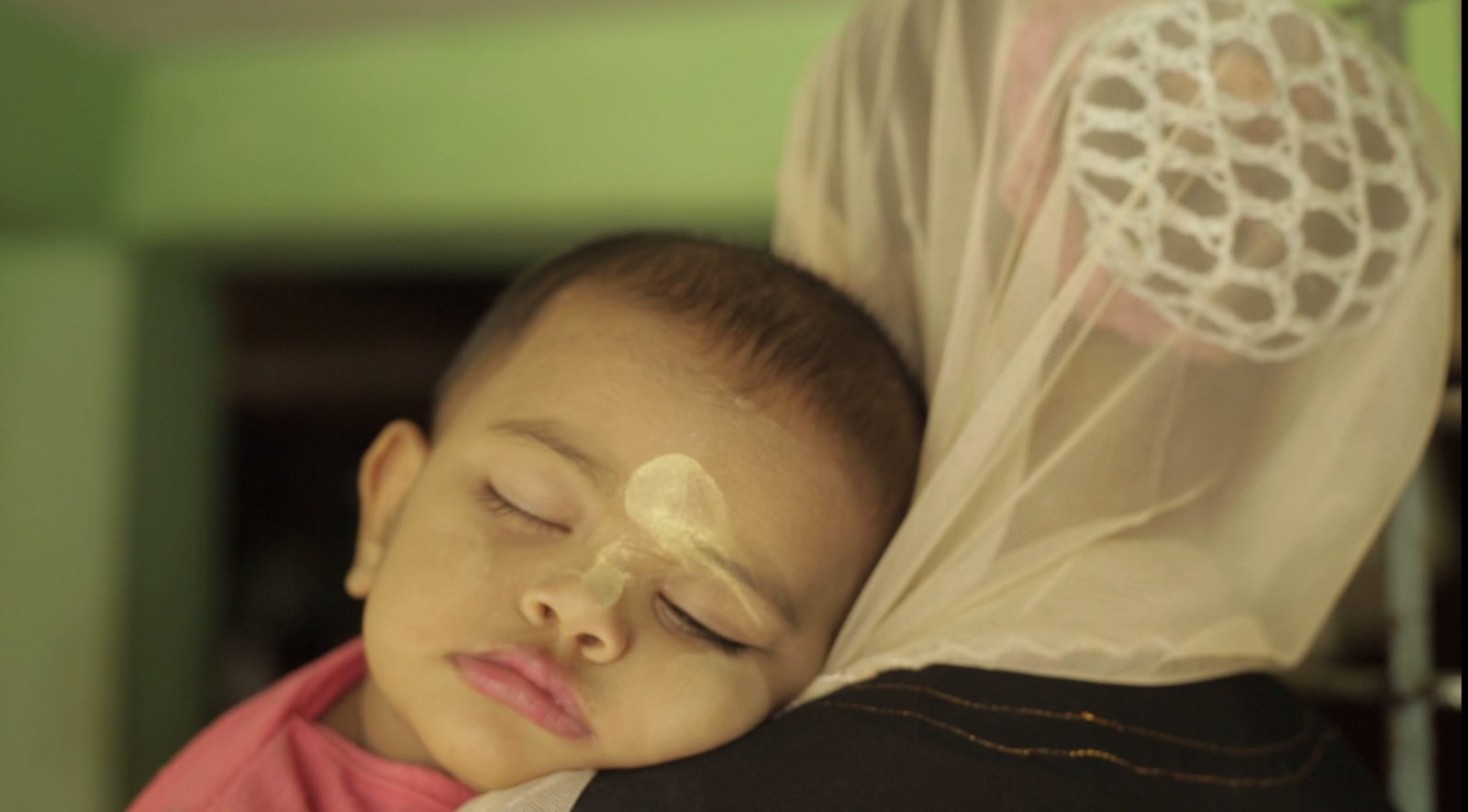 Filmed over a period of five turbulent years, Midwives tells the story of a makeshift medical clinic run by two women – Hla and Nyo Nyo – in a region torn apart by violent ethnic divisions. Hla, the owner of the clinic, is a Buddhist in western Myanmar, an area where the Rohingya, a Muslim minority community, are persecuted and denied basic rights. Nyo Nyo is a Muslim and an apprentice ze who acts as an assistant and translator at the clinic. Her family has lived in the area for generations, yet they are still considered intruders. Encouraged and challenged by Hla, who risks her own safety daily by helping Muslim patients, Nyo Nyo is determined to become a steady health care provider for her community. Snow Hnin Ei Hlaing’s camera follows these two women over a half-decade, witnessing their struggles, hopes and dreams amidst an environment of ever-increasing violence.

“POV is so proud to be the public broadcast home of Snow Hnin El Hlaing’s stirring and empathetic feature documentary debut” said Erika Dilday, executive director of American Documentary | POV. “Midwives builds on the power of filmmaking to tell an incredibly humane story about bridging differences, fighting persecution and the courageousness of these women willing to stand against oppression. We are honored to bring this film to American audiences.”

Midwives producer Bob Moore of EyeSteelFilm remarked, “We are so proud to share Snow’s remarkable debut feature with US audiences, and could not dream of a better partner to work with than POV. For 35 years POV has been a global leader in documentary cinema, and EyeSteelFilm’s own history with POV, now spanning over 12 years and five features, is one of our proudest achievements.”

The Midwives deal was negotiated by Chris White and Justine Nagan for American Documentary | POV and Bob Moore of EyeSteelFilm for the filmmaking team. POV has collaborated with EyeSteelFilm on several other highly acclaimed and award-winning films including Up the Yangtze, Last Train Home, Still Tomorrow, and Softie.

Snow has worked as a freelance filmmaker in Myanmar since 2006, acting as director, producer, editor and sound recordist after attending film Schools in both Myanmar and Germany. Her short, Burmese Butterfly played festivals in over 20 countries, and Period@Period won for best short at the Wathan Film Festival. Midwives is her feature documentary debut.

Bob Moore is Co-President and Creative Producer at EyeSteelFilm in Montreal where he has produced over 40 feature documentaries since 2008. Together with his talented partners and collaborators, he has been the recipient of over 100 international awards, including Emmys, Cinema Eyes, Golden Horses, Owls, Phoenixes, and a variety of other celebratory animal-themed prizes. He’s been the subject of a Producer’s Spotlight at the Cannes Marché du Film, is currently an advisor and mentor working with the Sundance Film Festival, IDFA, DMZ Docs South Korea, QUMRA, Tokyo Docs, Dhaka DocLab Bangladesh, Hot Docs, and RIDM.

Midwives (2022) marks the 8th feature documentary to premiere in competition for EyeSteelFilm in the last 12 years at the Sundance Film Festival, reinforcing the position of the company as amongst the world leaders in creative documentary.

Founded in 2000, EyeSteelFilm is a film and interactive media company dedicated to using cinematic expression as a catalyst for social and political change. It was created to develop cinema that empowers people who are ignored by mainstream media, a mandate that has taken the company to explore projects, people and ideas around the world.