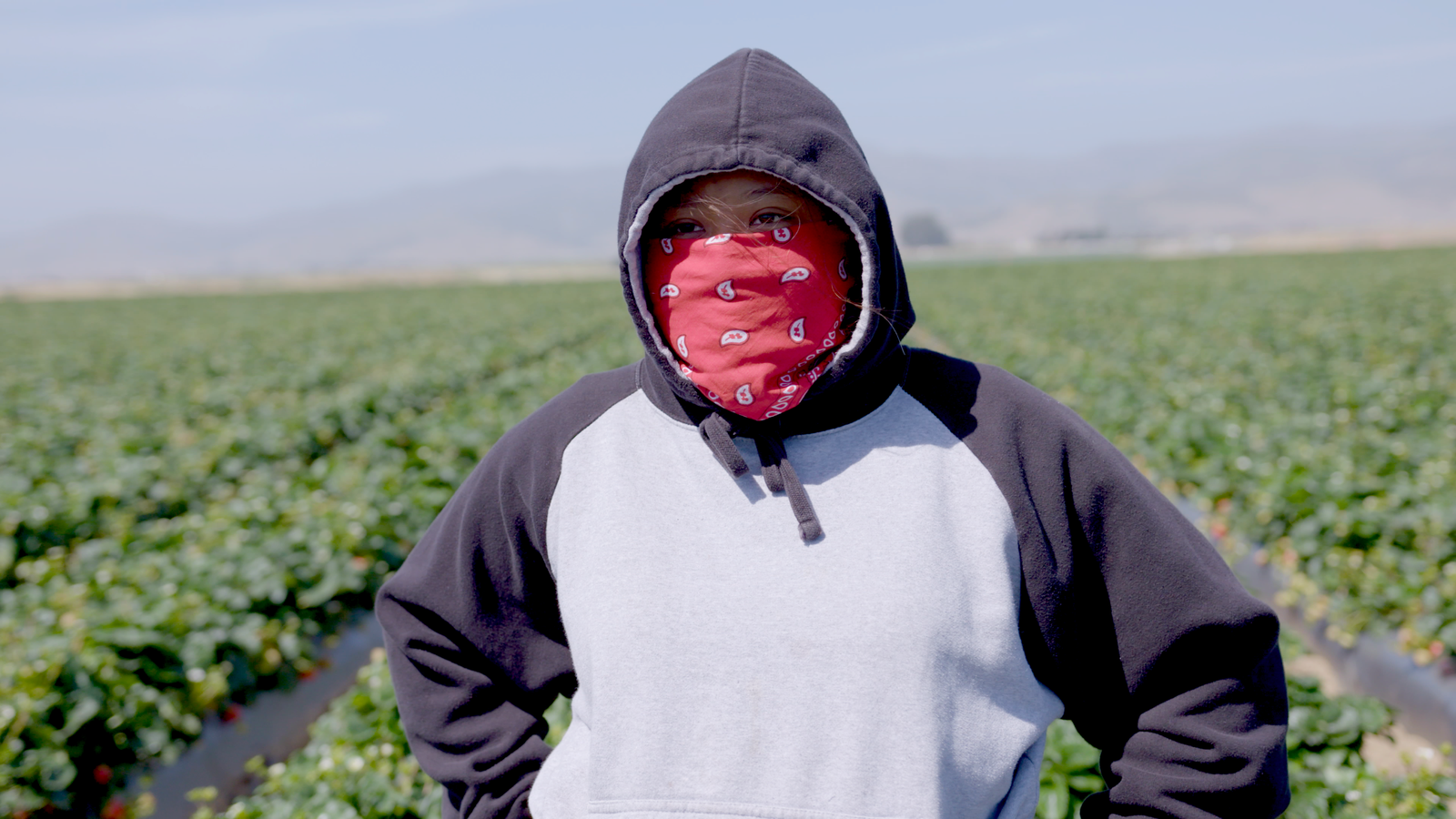 New York, N.Y. -- March 31, 2021 -- POV, the acclaimed PBS documentary series, announced today that it had acquired the U.S. broadcast rights to Fruits of Labor directed by Emily Cohen Ibañez which had its world premiere at the 2021 SXSW film festival. The film will have its international festival premiere at Hot Docs, April 29 - May 9, 2021.

Fruits of Labor follows Ashley Solis, a Mexican-American teenager living in an agricultural town on the central coast of California. Ashley dreams of graduating high school and going to college, but when ICE raids in her community threaten to separate her family, Ashley is forced to become the breadwinner of her family, working days in the strawberry fields and the night shift at a food processing company.

Tracing the tensions between family bonds and the systems that work to sever them, Fruits of Labor explores how Ashley navigates her own dreams and aspirations with her obligations to her mother and siblings. This coming-of-age story is a meditation on growing up, the seen and unseen forces that trap families in poverty, and coming into one’s own as a working woman in the wealthiest nation in the world. Filming the struggle of the laborers who feed America to feed themselves, Fruits of Labor offers a new narrative about women workers that highlights how the global food system intersects with gender and family life.

"For me, the project means valuing labor, nature, and women workers across the globe who too often go unnoticed. It is about planting a seed for reflection and revolution. I couldn't imagine a better broadcast home for Fruits of Labor than POV, a series that serves national audiences and that is freely available on public television. We share a mission to bring artistic cinema with a unique voice that aims to change the world," said Fruits of Labor director, writer, producer & cinematographer Emily Cohen Ibañez.

“We are so excited to premiere Fruits of Labor in our upcoming season. POV has a long history of championing emerging voices. We are proud to support Emily and bring her resonant, debut film to audiences across America, in partnership with PBS and LPB,” said Justine Nagan, executive director of American Documentary | executive producer of POV.

Fruits of Labor is a co-presentation of POV and VOCES. A co-production of Reversa Films, American Documentary | POV, and Latino Public Broadcasting, with funding provided by the Corporation for Public Broadcasting (CPB). The Fruits of Labor deal was negotiated by Justine Nagan and Chris White on behalf of POV and Emily Cohen Ibañez's company Reversa Films for the film.