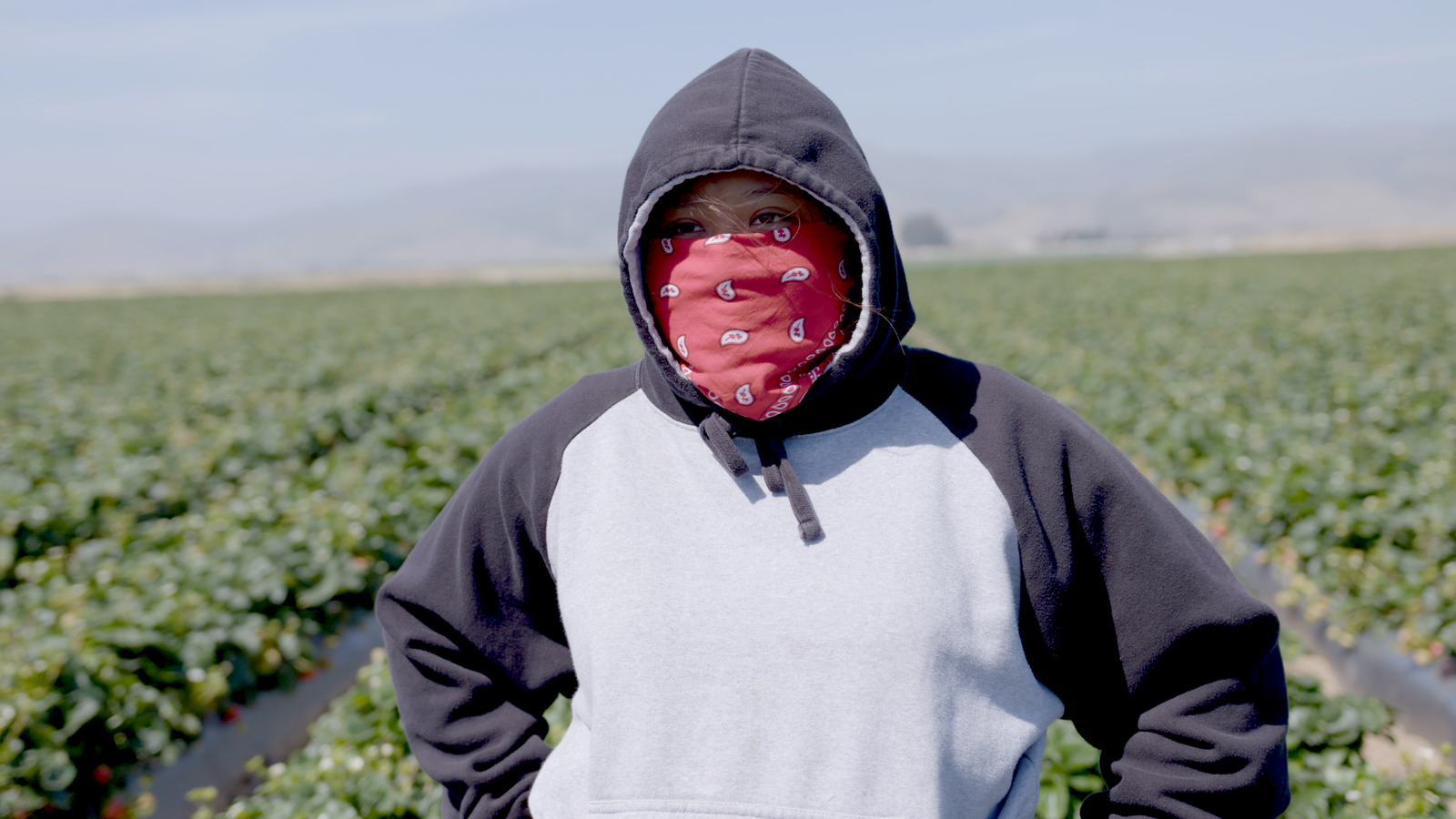 Fruits of Labor, which had its world premiere at the 2021 SXSW Film Festival, follows Ashley, a Mexican-American teenager living in a small agricultural town on the central coast of California. A moving coming-of-age story about a determined young woman and an eye-opening look at the seen and unseen forces that trap many families in poverty, Fruits of Labor is a co-presentation of POV and Latino Public Broadcasting’s VOCES. Produced and directed by Emily Cohen Ibañez, the film premieres on Monday, October 4, 2021 10:00-11:30 p.m. ET (check local listings) on PBS, pbs.org and the PBS Video app.

A high school senior, Ashley dreams of graduating and going to college, but when ICE raids in her community threaten to separate her family, she is forced to become their primary breadwinner. While most of her friends are thinking about prom and graduation, Ashley finds herself working days in the strawberry fields and the night shift at a processing plant, with little time left for sleep or studies.

Tracing the tensions between family bonds and the systems that work to sever them, Fruits of Labor follows Ashley as she tries to hold on to her dreams while coping with obligations to her mother, who is undocumented, and three younger siblings. The family lives in a cramped house with 12 other families, and although Ashley’s mother Beatriz works seven days a week as a domestic, it’s not enough to make ends meet. Yet despite their challenges, both Ashley and Beatriz are committed to changing their lives and the lives of others in their community facing the same struggles.

“For me, this project is about valuing labor, nature and women workers across the globe who too often go unnoticed. It is about planting a seed for reflection and revolution,” says filmmaker Cohen Ibañez. “I want people to think about what it means to live a dignified life and to think about the global food chain that too often devalues the essential labor of picking and packaging food. I also want people to fall in love with Ashley and her family and find bits and pieces of identification with what it means to come of age.”

“We’re very proud to present this important film with POV,” says Sandie Viquez Pedlow, Executive Director of Latino Public Broadcasting and Executive Producer of VOCES. “While we may hear about the plight of farmworkers, we are rarely reminded that many of them are teenagers, doing this difficult work while also trying to get an education and a chance at a better future. This film is a valuable testament to these young people who deserve to have their stories heard.”

“Fruits of Labor does exactly what a documentary should do: it takes an important topic and humanizes it in a way that forces you to react," said Erika Dilday, Executive Director of American Documentary and Executive Producer of POV. "Cohen Ibañez elevates Ashley and the many young people just like her who are often ignored or overlooked when we speak in broad terms about naturalization, immigrant labor and the fight to survive. We are honored to be a partner in sharing this story.”

The short film Bug Farm, directed by Lydia Cornett will air alongside Fruits of Labor. In the 9-minute film four distinct women in Central Florida form a bond over crickets, superworms, and roaches on an insect farm in the small town of LaBelle. The farm serves as the background to this character-led documentary focused on community members who’ve come to insect farming with disparate motivations–including economic opportunity, reimagining the future of food, and the love and caretaking of the bugs themselves.

Emily Cohen Ibañez (Director/Producer/Cinematographer/Co-Writer) is a Latinx Colombian-American filmmaker who earned her doctorate in Anthropology with a certificate in Culture and Media at New York University. Her film work pairs lyricism with social activism, advocating for labor, environmental and health justice. Her films have screened at Bogotá’s International Film Festival, the Santa Fe Independent Film Festival, the Roxie Theater in San Francisco, the Society for Visual Anthropology and universities internationally. Her short, Dream Big Work Hard, has online distribution with The Guardian and her short, Systems Break Down Marigolds Bloom, is distributed online by The Intercept. Emily was a Fulbright Scholar in 2007-2008 based in Colombia, South America; she screened her film Bodies at War in 22 rural Colombian municipalities affected by landmines in partnership with the Colombian Campaign Against Landmines. The National Science Foundation, JustFilms Ford Foundation, Nia Tero, Firelight Media Documentary Lab, BAVC National Media Maker, California Humanities, Berkeley Film Foundation, 4th World Indigenous Media Lab Fellowship and SFFILM FilmHouse Residency Program have supported her work. She also contributes cinematography to independent films, including Bronx Obama (2014), directed by Ryan Murdock, which won a “Best in Fest” award at AFI Docs.

Ashley Pavon (Film Subject/Co-Writer) is a teenage farmworker, factory worker and home-aid, born and raised on the central coast of California. She has spent five years working on food security and justice for her community with the Community Agroecology Network. A member of the River Park Video Collective, she helped make a short community film, Cultivating Justice.

Produced by Latino Public Broadcasting, the acclaimed PBS documentary series VOCES features the best of Latino arts, culture and history and shines a light on current issues that impact Latino Americans. Devoted to exploring the rich diversity of the Latino experience, VOCES presents new and established filmmakers and brings their powerful and illuminating stories to a national audience — on TV, online and on the PBS app. VOCES is supported in part by the National Endowment for the Arts. Luis Ortiz is series producer; Sandie Viquez Pedlow is executive producer. Follow us on Facebook and Twitter.

Latino Public Broadcasting (LPB) is the leader in the development, production, acquisition and distribution of film and digital cultural media that is representative of Latino people or addresses issues of particular interest to Latino Americans. These programs are produced for dissemination to public broadcasting stations and other public media entities. Providing a voice for the diverse Latino community throughout the United States, Latino Public Broadcasting is funded by the Corporation for Public Broadcasting. LPB also produces the acclaimed PBS documentary series VOCES, exploring the rich diversity of the Latino experience. VOCES presents new and established filmmakers and brings their powerful and illuminating stories to a national audience — on TV, online and on the PBS app.

Between 2009 and 2020, LPB programs won over 130 awards, including three prestigious George Foster Peabody Awards as well as Emmys, Imagen Awards and the Sundance Film Festival Award for Best Director, Documentary. LPB has been the recipient of the Norman Lear Legacy Award and the NCLR Alma Award for Special Achievement – Year in Documentaries. Sandie Viquez Pedlow is executive director of LPB; Edward James Olmos is co-founder and chairman.