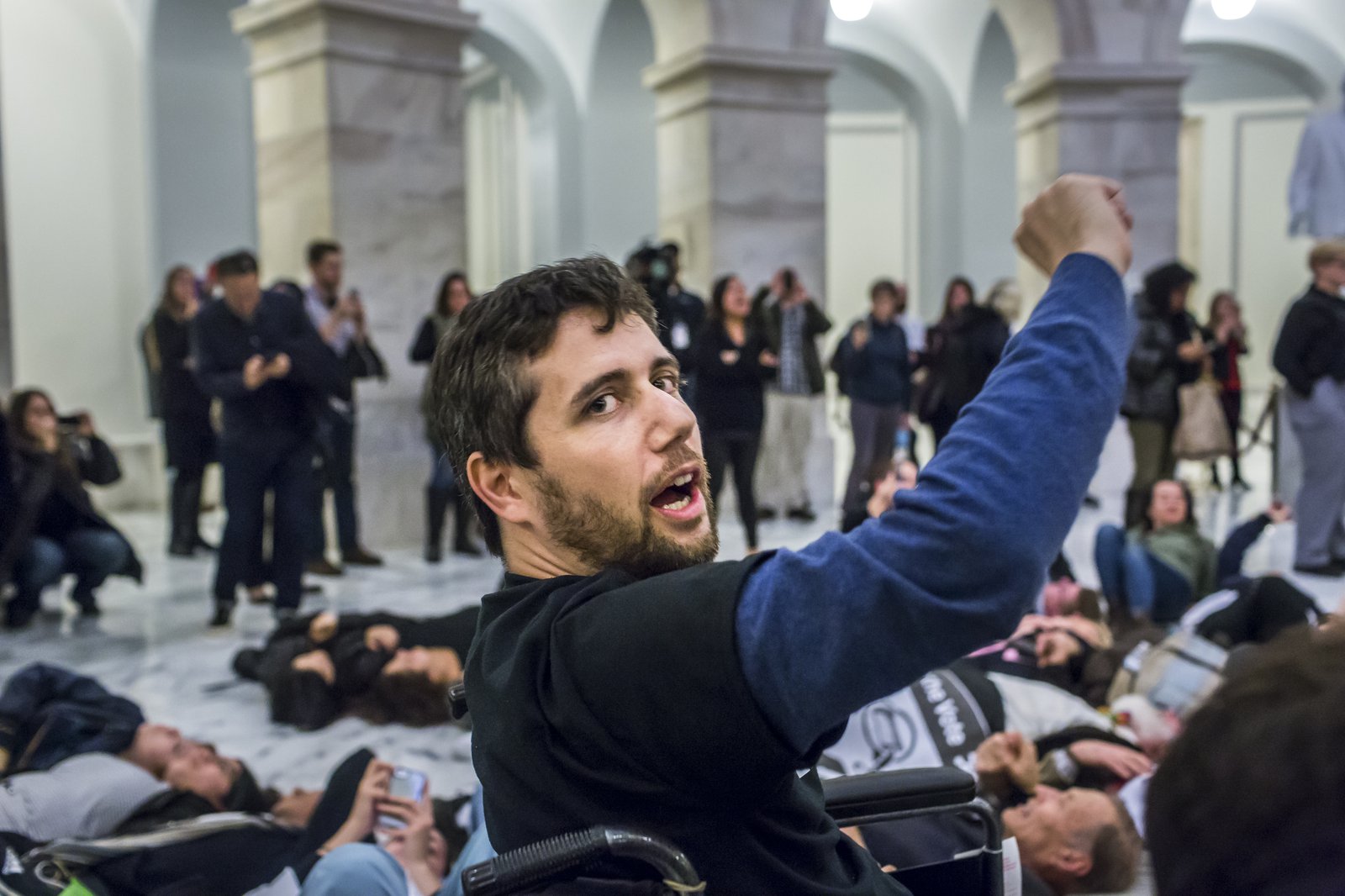 New York, N.Y – Monday, June 7, 2021 – POV, the acclaimed PBS series, announced today the acquisition of two more films which will broadcast as part of its 34th season. Not Going Quietly, director Nicholas Bruckman’s latest feature documentary on disabled activist Ady Barkan, will broadcast on Monday January 24, 2022 on PBS at 9 p.m. ET (check local listings. Things We Dare Not Do, director Bruno Santamaría’s film about a teenager in a small coastal village in Mexico who carries a gender norm-defying secret, will broadcast on Monday October 25, 2021 on PBS at 10 p.m. ET (check local listings). Both films will also be available streaming on the PBS Video app and pov.org.

Not Going Quietly premiered at the 2021 South by Southwest Film Festival where it won the Audience Award for Documentary Feature and the Special Jury Recognition for Humanity in Social Action. It is an official selection of the 2021 Tribeca Film Festival, which opens this week. The film follows Ady Barkan, a lawyer and rising star in the world of progressive activism who’s diagnosed with ALS at age 32. After a chance encounter with a senator on an airplane, Ady assembles a motley crew of activists to travel across the country and campaign for a once-in-a-generation movement for universal healthcare access for all Americans. Amanda Roddy produced the film for People’s Television, and Jay and Mark Duplass, Bradley Whitford, Mel Eslyn, Sam Bisbee, Jackie Bisbee, Wendy Neu, Nina Tassler, Joan Boorstein, Denise DeNovi, Ryder Haske, and Bruckman serve as executive producers. The film will be released theatrically by Greenwich Entertainment on August 13th, 2021.

Things We Dare Not Do premiered at Hot Docs 2020 and was an official selection at the 2020 DOC NYC film festival. In Bruno Santamaría’s documentary, he takes the audience to El Roblito, a Mexican coastal village where 16-year-old Ñoño lives what seems to be an idyllic existence as he nears the cusp of adulthood. But, amidst staging dance productions with the local children, he holds a secret. Defying gender norms, Ñoño works up the courage to tell his family he wants to live his life as a woman. Yet when violence interrupts a community celebration, he must face the reality of a country shrouded in machismo and transphobia. The film is produced by Abril López Carillo. Things We Dare Not Do bolsters POV’s impressive lineup of films from across the Americas; more than half of the season's titles spotlight Spanish-language or Latinx stories.

“Both of these films illustrate the power of documentary – in the hands of the most gifted storytellers – to connect us with brave and generous protagonists, active participants in the telling of their own stories,” said POV’s executive producer Chris White. “Ady and Ñoño’s willingness to share their lives with us, even in their most vulnerable moments, is an act of kindness. And their strength of spirit is an inspiration and a reminder of our shared humanity.”

POV also announced the encore broadcast of Bing Liu’s Academy Award-nominated film Minding the Gap on August 9, 2021 with a ten-day online streaming window to follow. Select PBS stations will also re-air the titles Farmsteaders and América on August 16th and August 23rd, respectively. These broadcasts will also be accompanied by a one-week streaming window.

Spring 2022 On the Divide directed by Maya Cueva & Leah Galant

Produced by American Documentary, POV is the longest-running independent documentary showcase on American television. Since 1988, POV has presented films on PBS that capture the full spectrum of the human experience, with a long commitment to centering women and people of color in front of, and behind, the camera. The series is known for introducing generations of viewers to groundbreaking works like Tongues Untied, American Promise and Minding The Gap and innovative filmmakers including Jonathan Demme, Laura Poitras and Nanfu Wang. In 2018, POV Shorts launched as one of the first PBS series dedicated to bold and timely short-form documentaries. All films are available via national broadcast, the PBS app and streaming at pov.org.

POV goes beyond broadcast to bring powerful nonfiction storytelling to viewers wherever they are. Free educational resources accompany every film and a community network of thousands of partners nationwide work with POV to spark dialogue around today’s most pressing issues. POV continues to explore the future of documentary through innovative productions with partners such as The New York Times and The National Film Board of Canada and on platforms including Snapchat and Instagram.