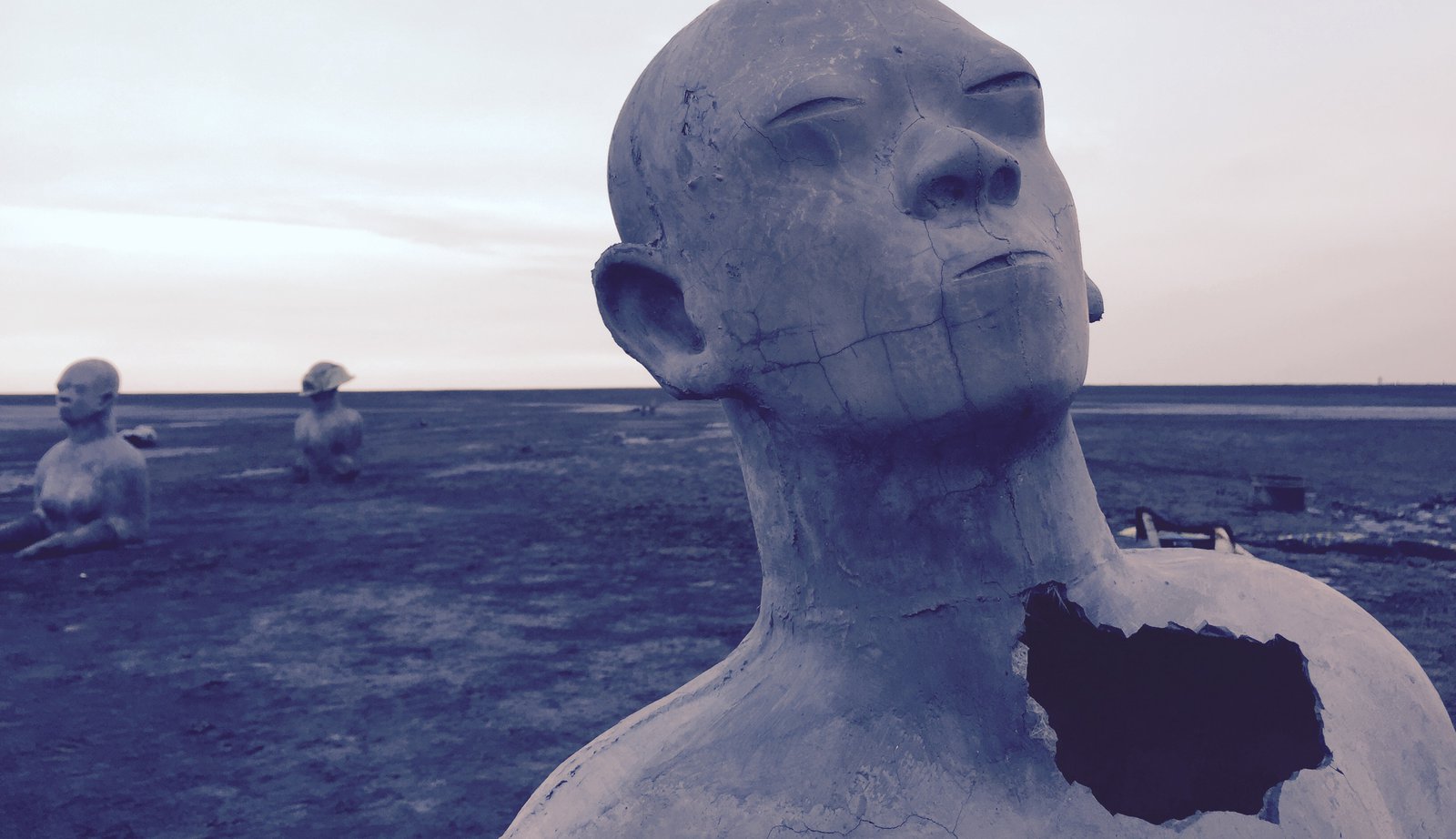 What drew you to this story?

CYNTHIA: I was in Indonesia in 2012 and someone there said to me, “if you want to consider a new topic for a documentary, you should look into the mudflow.” I thought -- what? I’d never heard of the disaster before. I visited the mud site for three days and conducted initial interviews on film, and gathered enough material to make a three-minute film teaser.

It took a year to put the crew in place, and to find my co-director Sasha Friedlander, who grew up partially in Indonesia, worked as a journalist there, and is fluent in Bahasa. Then it was another five years of fundraising and production. We worked with both an Indonesian and US crew.

SASHA: I lived in Indonesia between 2007 and 2009, working for the Bali Post as a journalist and translator. During that time I’d covered the devastating story of the Lapindo mudflow in East Java and I remember feeling moved and inspired by the protests mounting against the gas drilling company. Because the owner of that company was a key political figure in Indonesia, the government heavily censored the stories that were coming out in the news, so the coverage never left the archipelago.

When I received an email from Cynthia in May 2013 about the possibility of collaborating on a film about the mudflow, it was the first time I’d heard the story mentioned since I left Indonesia in 2009. I knew that there was a presidential election coming up in 2014, which offered a glimmer of hope for the mudflow victims who were still waiting for their reparations from the drilling company. I was excited to get back to Indonesia and learn more about the situation through the lens of the activists. There was a sense of optimism in the air that reminded me of the pre-Obama enthusiasm leading up to the 2008 US election. Cynthia and I hoped to make a film that would resonate with a Western audience. During the six years that we were filming Grit, we could never have imagined how many parallels would emerge between this story in East Java and the political upheavals here in the US.

The film feels very cinematic and poetic. How did you find this language to tell this story?

CYNTHIA: We are very aware that the documentary marketplace is extremely competitive and glutted with so many films. And you know, if you say to someone “we want you to sit down for 90-120 minutes to watch a film about mud in a different language with lots of subtitles” that’s a hard thing to have an audience commit to, especially when there are so many options and choices. We made a decision very early on that all the money we raised would go into the cinematography and aimed to use better cameras and lenses whenever we could. So we withheld any directors’ fee for ourselves and put it all into the cinematography. We were both working on different projects at the time, which allowed us to do that. We also hired local jib operators in Indonesia who could handle the drone shots and the special lenses we wanted to use. With traditional lenses, where you can zoom in and zoom out, often the glass isn’t as beautiful and pristine, so we decided to rent special prime lenses that would give us the expression we wanted. These are very expensive and very heavy, and we carried these around with us everywhere. Each lens was probably around $25,000, and we hired local cinematographers who really knew how to shoot verité; shoot action but with these prime lenses. We thought that could tell the story in a different way.

SASHA: When Cynthia approached me I was familiar with her work, and our style and vision was very much aligned from the start, so that was an easy meld of vision and style.

The cinematography feels very empathetic towards the subjects you follow. How did you come to meet Harwati and Dian?

SASHA: When Cynthia and I decided to go work on the project, I reached out to different contacts I had made over the years living in Indonesia. And I was connected with an NGO who had been on the ground and working directly with the activist community in Sidoarjo. I think it was the first night that I arrived for our first shoot that I was brought to this meeting where they were talking about how they were going to build some statues for this big protest. This is where I met Harwati, Dian’s mother. My friend, who is one of the heads of this NGO, told me immediately that this woman is fantastic; “I think you’re gonna like her, she’s open to it” they told me. She invited us to her home, and we started filming with her almost immediately. I think we only had four days to prep before one of the big protests took place, so we committed to her early on as the main character. We had no idea though that it was going be her

daughter who really rose up and became the lead figure in the documentary. Following Dian over the course of five years, we really got to see her grow up and come into her own, and she took the torch and carried it on.

CYNTHIA: It made a huge difference that Sasha spoke the language and had lived for years on and off in Indonesia. This allowed us to get closer to the community in the area. The other thing, however, is that we followed three families equally in the production, but decided to focus on one of them in the editing process. There is all this footage that we ended up not using because we felt we needed to focus the story, as it was already very complex. It was an extremely production heavy shoot.

How long did you spend in Indonesia with these people working on this project?

CYNTHIA: We had nine trips which each lasted around three weeks, sometimes a bit less, sometimes a bit more. But when we were there every day felt like a year. We’d wake up when it was still dark and we could hear the call to prayer. It was very hot, and you can feel the heat rising throughout the day, and we’d go all day till late at night. Our shoot days were 15-18 hours long.

SASHA: It was also very difficult being so far away, and not knowing when we should go back. The thought that we might miss a beat in the story if we didn’t go back at a certain time really concerned us. We were lucky enough to build some strong connections with local crews there that we were able to send over in certain instances when we couldn’t hop on the 30-hour flight ourselves. It was hard to be so far away, but it also meant that when we were there it was all in, all the time.

CYNTHIA: Yes, because when we only had a few thousand dollars we had to ask ourselves the questions: “do we go now, do we save it, what if we run out of money, what if we miss a scene?” a lot. But like Sasha said, there were a few times where we would call up some local crews and they would capture some footage for us, which was invaluable.

In one particular scene, Dian reads a piece of poetry at a protest. Is that something she worked with a lot? In many ways, it felt like she was leading and inspiring parts of her community.

SASHA: She really gets that from her mother. Harwati encouraged her over the years and wrote a lot of poetry. And as you can see in the film, she’s sort of the leader of that community and group. Dian grew up with that, and it’s something she has held on to. She is actually on her second year of law school right now, and she continues to be very active and involved in her new community.

What do you want people to think about when have finished watching the film?

CYNTHIA & SASHA: Our hope is that audiences will finish watching the film with a better understanding of the world’s largest Muslim country. We want people to think about the urgency for political engagement, the importance of women in leadership roles, and the power of art and perseverance in social and environmental struggles. It’s hopeful that we’re seeing young people stepping up and demanding change worldwide. After watching this story unfold, we hope audiences are inspired to cultivate their own determination, their own grit.

Where are Dian and her mother now?

Dian just started her third year at college, where she is studying law. Her mother is a leader in anti-mining activism. We are in frequent contact with them, and Dian posts about the film every chance