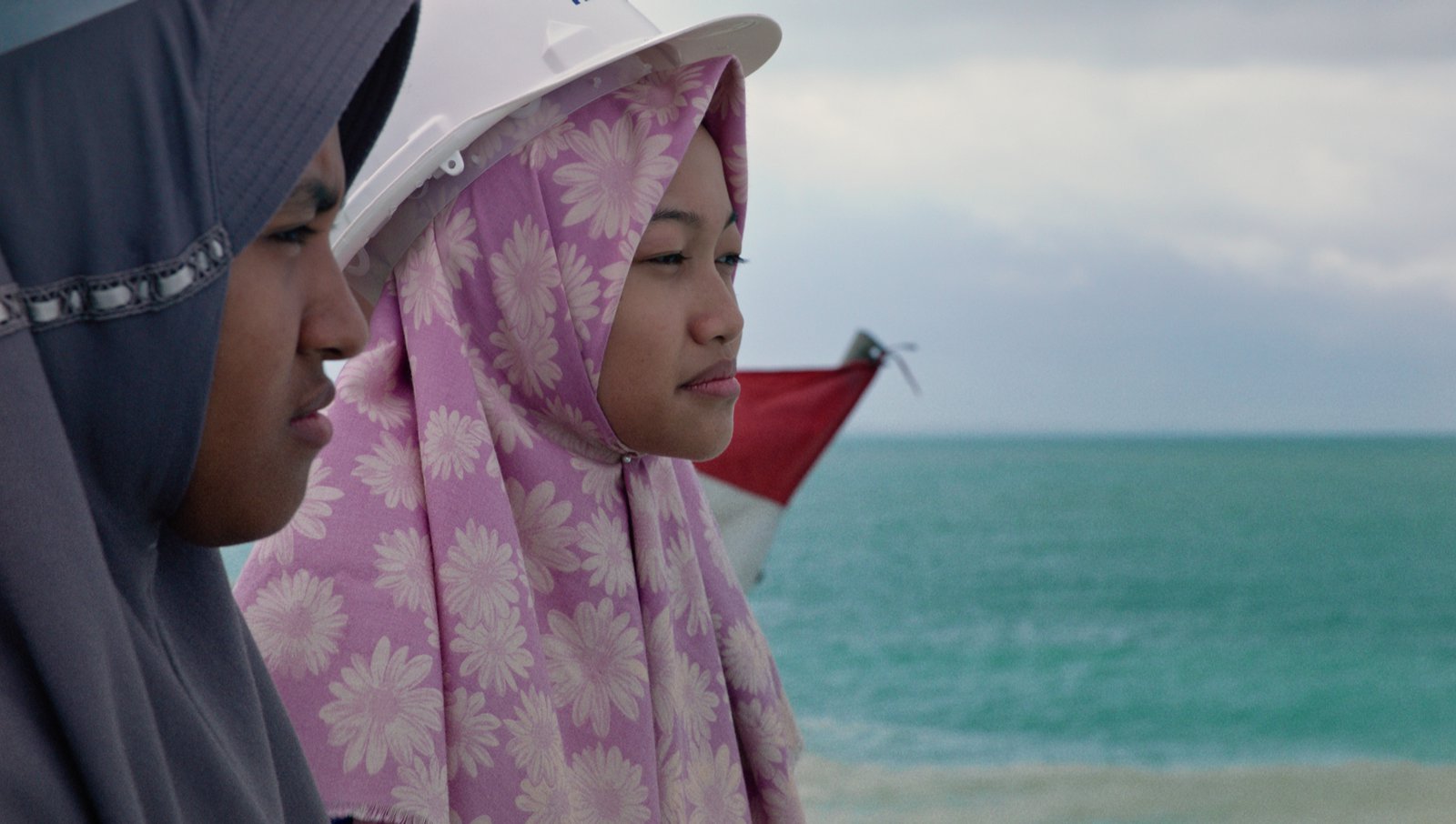 Transforming Our World through the Next Generation, Six Young Scientists are ‘Inventing Tomorrow,’ premiering Monday, July 29, 2019

Teen innovators prepare for the largest convening of high school scientists in the world.

Inventing Tomorrow follows six young scientists from Indonesia, Hawaii, India and Mexico as they tackle some of the most complex environmental issues facing humanity today—right in their own backyards. Each student is preparing original scientific research that they will defend at ISEF, the Intel International Science and Engineering Fair. Against the backdrop of today’s most pressing environmental threats, we immerse the audience in a global view of the planetary crisis, through the eyes of the generation that will be affected by it most.

Considered the Olympics of high school science fairs, ISEF is the largest gathering of high school scientists in the world, attracting approximately 1,800 finalists from over 75 countries, regions and territories. Being selected to compete is a feat in itself, and these determined young scientists dream of placing in the competition. But the heart of this story isn’t about who goes home with an award. As they take water samples from contaminated lakes, dig up the dirt in public parks, board illegal pirate mining ships, and test their experiments in a lab, we see each student display a tenacious curiosity, and a determination to build a better future. Motivated by the desire to protect their homes, these young people ask questions about the issues that threaten their communities, and propose innovative solutions to fix them.

Each student spends close to 600 hours on their projects, guided in their scientific quest by dedicated university mentors. At home with their parents, grandparents, and siblings, they compare the world their elders knew with the stark realities of the one they’re inheriting. But they’re still teenagers, with their own unique struggles. We spend time with them in classrooms, at after-school jobs, behind the wheel as they learn to drive, in their rooms with their friends. It’s here in these spaces that we learn about the obstacles they face just to get to the fair. As each finalist prepares to leave home, we witness their unique intellectual and emotional journeys on the way to ISEF 2017 in Los Angeles.

Once they land in Los Angeles, our characters join a vibrant and excitable community of young students from around the globe. They meet peers who match them in brightness and determination, competing in every category of STEM, from Robotics to Computer Science. The tension builds as they practice defending their research in front of 1000 volunteer judges, all specialists in their fields. Beyond the gauntlet of judging, the week is a whirlwind of social exploration, with activities, field trips, and meals that allow students to meet and build relationships which bring both validation and butterflies. Many form bonds they call life changing. Regardless of who wins an award, they all discover a community that celebrates their ingenuity and enthusiasm.

When the fair ends, we follow our characters home to witness how they process their experiences. Some leave with a renewed sense of purpose and continue their project at university. Others are inspired to pursue a new direction. But as they integrate their time at ISEF into the next phase of their lives, they all realize they’re not alone. They’ve finally met other kids like themselves who believe in a shared vision of environmental stewardship and collective action.

“In a time where optimism about the future of our planet is hard to find, Inventing Tomorrow finds promise in some of the brightest young minds in the world.” said Chris White, executive producer for POV. “These are kids who are moving us in the right direction, and you’ll be rooting for their fearless pursuit of innovation and enterprise well after the film ends.”

We live during a time characterized by environmental degradation and climate change. Unprecedented drought, pollution, mass extinctions, rising sea levels, dramatic weather patterns, and an ocean that is slowly dying. It took me the majority of my adult life to come to terms with this reality, but teenagers today were born into this environmental chaos and instability. They face a daunting truth about the planet they’re inheriting, as soon as they have the mental ability to comprehend it.

I wanted to create an immersive, emotional and cinematic experience about what it would be like to be one of those teenagers today; specifically a teen who is smart, observant and has some ideas about how he or she might address these extreme problems. When I first went to the Intel International Science and Engineering Fair (ISEF), I fell in love with the kids and immediately saw the story potential. There’s built in tension and a unified narrative at the fair, but I always knew I wanted to push beyond the genre of a kids’ competition doc. I was more interested in students whose research was motivated by a deep sense of purpose and personal motivation. I wanted to spend time following characters not because I thought they had a good chance of winning, but because their goal was bigger than scoring a prize at a science fair. Their science projects could help us survive.

As a kid who was invested in the arts and humanities, I grew up intimidated by science and math. But in order to confront the myriad of environmental crises we face, we all need to engage with the scientific community, and we need them to be able to communicate with us effectively. One of the most important lessons of the science fair is that students must share their research not only with the judges, but also with the general public, who don’t know anything about their projects. In a time when powerful elements are attempting to suppress and deny the truth that science offers, we need the public to engage with the scientific community more than ever. I hope that the film contributes to a dialogue that normalizes and popularizes science.

My last film, The Yes Men Are Revolting, addressed activism surrounding environmental issues and I’ve thought a great deal about how to get audiences to think about the topic in a way that leaves people with a sense of hope. My intention with Inventing Tomorrow was to create an emotional and character-based story about what we might learn about our world through the eyes of the next generation. The issues that face our planet are severe. But we have options in front of us, and the opportunity to make good choices. I hope the film will motivate audiences to search for those options by witnessing the courage of a 16-year old as he or she tackles the greatest problems humanity has ever faced. Our student scientists are observing the damaged planet they’ve inherited, asking the right questions, and inventing solutions to create a path forward. Their commitment to action and their clarity of purpose offers a model for how we should all proceed.

Laura Nix is a Chicken and Egg Breakthrough Filmmaker Award winner in 2018, and was awarded the Sundance Institute/Discovery Impact Fellowship in 2017. Her most recent work, a short film titled Walk Run Cha-Cha (Tribeca Film Festival) launches on New York Times Op-Docs Summer 2019. She previously directed The Yes Men Are Revolting, (Toronto Film Festival 2014, Berlinale 2015), which was theatrically released and broadcast in the US and in multiple international territories. Her film The Light in Her Eyes premiered at IDFA; was broadcast on the PBS series POV, and toured the world as part of Sundance's Film Forward program. Other feature directing credits include the comedic melodrama The Politics of Fur, which played in over 70 festivals internationally and won multiple awards including the Grand Jury Prize at Outfest; and Whether You Like it or Not, about the phenomenon of Hedwig and the Angry Inch. Her films have been favorably reviewed in publications such as the New York Times, Variety, Indiewire and Time Out London. Nix has broadcast her work on Al Jazeera Arabic, Arte, CBC, Canal+, HBO, IFC, NHK, PBS, VPRO, ZDF and on outlets such as New York Times Op-Docs. Her work has received support from the Bertha Foundation, BritDoc, California Humanities, COBO Fund, the Danish Film Institute, Glassbreaker Films, the Redford Center, and the Sundance Documentary Fund. She has received fellowships from the MacDowell Colony, Film Independent and the Independent Feature Project, and is currently is a film expert for the U.S. State Department’s American Film Showcase, and a member of the documentary branch of the Academy for Motion Pictures Arts and Sciences. Based in Los Angeles, she is the owner of Felt Films, a production company that produces non-fiction shorts and features.

Diane is an LA-based documentary and feature film producer and a graduate of the American Film Institute. She has partnered with the award-winning Passion Pictures and Motto Pictures on director Greg Barker’s films including Sergio (2009 Oscar shortlist), Manhunt (2013 Emmy), Legion of Brothers, and The Final Year. In addition, she has worked with director Stephen Kijak on a slate of prestigious music films such as Jaco, We Are X (Best Editing, World Cinema Documentary, 2016 Sundance Film Festival) and If I Leave Here Tomorrow: A Film About Lynyrd Skynyrd. Other credits include the Netflix docu-series about Hollywood and World War II, Five Came Back, executive produced by Steven Spielberg and Scott Rudin. She and producer Melanie Miller founded Fishbowl Films in 2009 and their latest feature, Alaska Is a Drag (Grand Prize winner, US in Progress), is screening in festivals around the globe. Diane was selected as a Sundance Documentary Creative Producing Fellow in 2017. Her latest film with Kijak, Sid & Judy, will have its premiere on Showtime in the fall of 2019. She is a member of the Producers Guild of America (PGA) and the Academy of Motion Picture Arts and Sciences (AMPAS).

Melanie Miller has over two decades of experience in the entertainment industry. During her tenure at Gravitas Ventures as Vice President of Acquisitions & Marketing, she played an integral role in the growth of the new paradigm of independent distribution. Following Gravitas she was Executive Vice President at Samuel Goldwyn Films where she was responsible for re-shaping the company’s distribution footprint, signing new deals with cable and digital platforms, and overseeing marketing and PR strategy for all films. Prior to Gravitas, Miller was the artistic director at the Jackson Hole Film Institute and in 2009 co-founded Fishbowl Films with Diane Becker. Their films include William Dickerson's Detour which released theatrically in 2013, and Shaz Bennett’s directorial debut Alaska is a Drag, which received its world premiere at Frameline and is currently on the worldwide festival circuit. Their latest collaboration, Inventing Tomorrow by Laura Nix, had its world premiere within the US Documentary Competition category at the 2018 Sundance Film Festival. Melanie has been a guest speaker at the Alfred P. Sloan Foundation’s Sloan Summit, the Sundance Institute, the Produced By Conference, and is an active member of the Producers Guild (PGA).