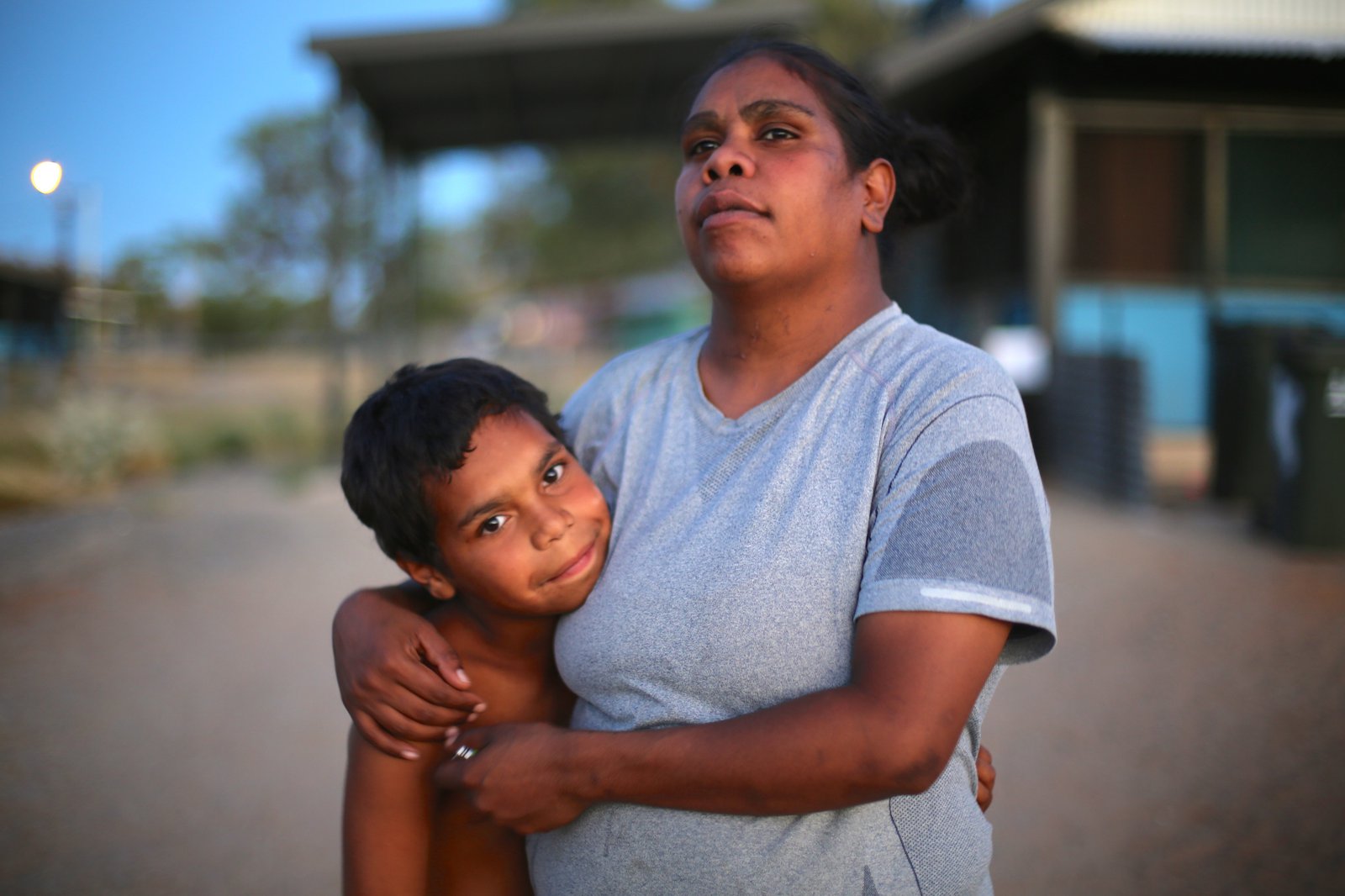 Institutional Racism Faced By a Young Aboriginal Boy and Biases in Australia’s Juvenile Justice Reform Are Confronted in "In My Blood it Runs," Premiering Monday, September 21 on PBS Television Series POV

New York, NY, September 3, 2020 – Set in Australia’s Northern Territory, In My Blood it Runs follows Dujuan, a young Aboriginal boy with a spiritual connection to, and vast knowledge of, his cultural ancestry. At home in Alice Springs, Dujuan is surrounded by his loving family, which includes his mother, his two brothers, and his maternal grandmother Nana Carol, with whom he has a special bond.

A Co-Presentation of Pacific Islanders in Communications, the filmmakers poetically capture Dujuan’s complicated journey from boyhood to adolescence. Despite being a talented healer, hunter and fluent in three languages, Dujuan is failing in school and facing increasing scrutiny from welfare authorities and the police. As he veers perilously close to incarceration, his family fights to give him a strong Aboriginal education alongside his western education. Dujuan’s family were an integral part of the collaborative model of filmmaking and the story is told from his point of view. We walk with him as he grapples with these pressures and shares his truths.

In an early scene, Dujuan is at his western school being taught how Australia was “discovered”, however, he knows that Aboriginal people were there first and that his history is absent from the teaching. That theme of being torn between two worlds, and the painful legacy of colonization is present throughout.

“I was born a little Aboriginal kid. That means I had a memory, a memory about Aboriginals. I just felt something. A memory. History. In my blood it runs,” Dujuan says in an opening voice over.

Directed by award-winning Australian filmmaker Maya Newell, In My Blood it Runs has its national broadcast debut on the PBS documentary series POV and pov.org on September 21, 2020 at 10 pm (check local listings). POV is American television’s longest-running independent documentary series, now in its 33rd season.

“In My Blood it Runs takes on another heated national debate; about how Australia treats Indigenous children; and presents a missing voice – the voice of the kids themselves,” said filmmaker Maya Newell, whose first feature documentary Gayby Baby, was banned in Australian schools by the government and spurred a national debate about the welfare of children raised by same-sex parents. “It has been a privilege to have had the opportunity to learn from Dujuan over these years. I have often been inspired by Dujuan’s courage to speak his truth to the camera.”

“I’ll always remember Dujuan,” said Chris White, executive producer of POV. “That’s the kind of indelible character he is - his vibrant spirit and youthful intelligence take hold of you. As he straddles two worlds and confronts a kind of cultural erasure, his youthful rebellion will fill you first with fear, but ultimately hope for his future.”

At the time of filming in Australia’s Northern Territory, one hundred percent of children in juvenile detention were Aboriginal. The prejudice that Aboriginal people face in Australia mirrors the experience of African Americans in America, and the film intercuts footage of protestors carrying signs with statements like “Hands off Aboriginal Kids” at a Black Lives Matter march in Melbourne, the state capital of Victoria, Australia.

In My Blood It Runs looks beyond the “problem” to see the people. Instead of seeing this Aboriginal boy as a “criminal,” we see a child who has experienced systematic abuse; instead of “bad parents,” we see a family who has been systematically stripped of all agency yet undeniably love their kids; instead of a “failure” at school, we see a child whose talents have been completely overlooked. And crucially, this child observes the inequality of the world with which he is presented.

“Colonialism is a war that began hundreds of years ago and never ended. Its modern tactics and its weapons are noted with precision in the ferocious documentary, In My Blood It Runs.”

“Voices rarely raise, but the film still vibrates with fury.”