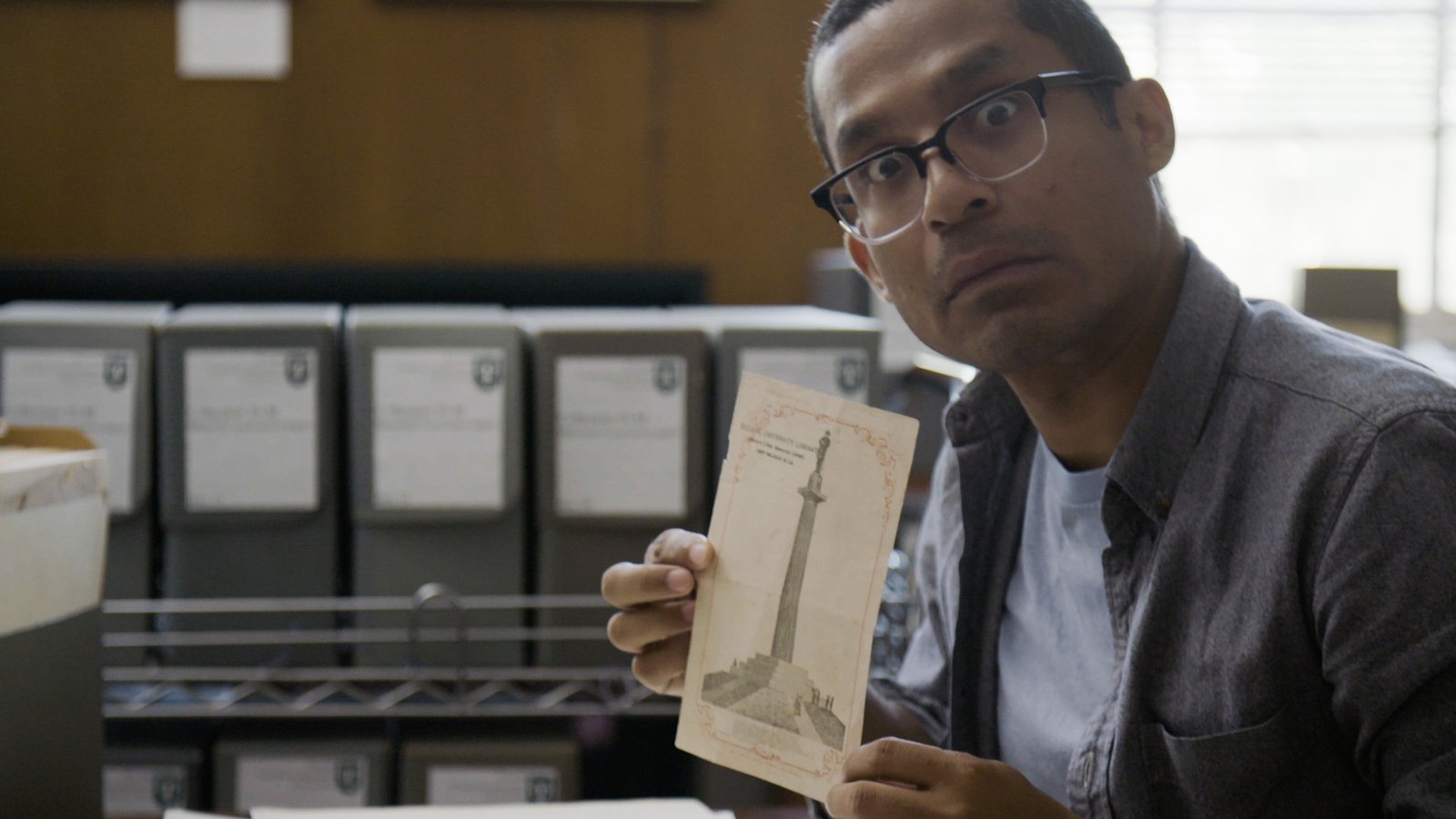 The Neutral Ground begins in New Orleans but follows the story all across the South -- how did you decide to expand the local story into the larger national, historical one?

As we worked through the research on the film, we learned more and more that New Orleans wasn’t even a central part of the Confederacy - it was only held in Confederate hands for 455 days. Not only are the statues here anachronistic, but they represent a role of the Confederacy that is not accurate to New Orleans’ actual history. With that in mind, the question became, well, what about places that are filled with actual Civil War and Confederate history? So we looked to Richmond, where we were thrilled to find that the American Civil War Museum was actually led by Christy Coleman, a black historian. So immediately Richmond was on our list. As we finished the film, we continued to be guided by a phrase from Angela Kinlaw, an activist with Take Em Down NOLA that stayed in mind: “we must connect symbols to systems.” So when the summer of 2020 racial reckoning began, and when it aligned with protestors taking down statues in broad daylight, we knew that the story had larger resonance. And long term, we see the film as having international resonance. In Canada, Colombia and in Europe and Africa, among other places, the questions about how we represent our contentious histories in the public squares are continuing to be asked and fought over.

The Neutral Ground tackles a weighty subject with humor -- what drew you to tell the story in that way?

As a comedian, I process my anger and frustrations with racism and systemic oppression through satire and humor. It is the way that I process, so it's essential to my point of view as a filmmaker. The film started as a satirical comedy news piece - the pieces that aren’t humor represent how the film has evolved. And as a former teacher, I find that humor is an engaging way into difficult conversations.

Confederate monuments and the history behind them have become an increasingly visible topic in the national news. Did you foresee how prevalent this issue would become when you first started filming in 2015? How has the conversation evolved since then?

Throughout the six year process of making the film, we worried that a) all Confederate monuments would be down by the time we were finished (no problem there, unfortunately); b) that the zeitgeist around unlearning false histories, or that the historical record might have been corrected (also not a problem, as currently there are a-historical bills circulating through state legislatures), or c) that people who cling to the Lost Cause would no longer be actively working against correcting the record (January 6 proved that is still an issue). What the summer of 2020 revealed is the ongoing need, as activist Angela Kinlaw in our film states, is to “connect symbols to systems.” We were able to pick up cameras again late in the editing process, to show how activists responding to the murders of George Floyd, Breonna Taylor and Ahmad Aubery were making the connection between racist violence and the symbolism of the statues. As the conversation around monuments has evolved, the movement to remove these symbols has pivoted, as they said they would, to the underlying systems.

You film some conversations with your father, how did your personal and family background influence the making of The Neutral Ground?

I never intended to make my relationship with my father and my family part of the film when we started. But as we built the film around me and my point of view, some of our early supporters watched cuts and let us know that if we wanted people to engage with me as a person in the film, I was going to have to reveal something about why the making of this film is important to me.

You put yourself in the middle of some contentious situations, especially at the white nationalist rally in Charlottesville in 2017, what do you hope audiences see in these encounters?

That there is a direct link between the distortion of history that is represented in the Confederate statues and the willingness to perpetrate race-based hate crimes. Period.

What are the concrete steps you’d like to see taken with regards to the way we remember Confederate history?

Today, there are bills in state legislatures around the South, designed to ban the teaching of “critical race theory” in public schools. Critical race theory is not a thing, not a curriculum, and not a risk for our public school students. Teaching history, grounded in primary sources and historical research, should not be contentious, and we hope that viewers of the film will, after understanding the power that white supremacy has in the past exerted over our collective understanding of history, will actively oppose any “anti-CRT” bills that are proposed in their states.

We are busy crafting what’s next, but you can be sure it will combine comedy, a deep love of primary sources and difficult histories.

Woodinville Unitarian Universalist Church's Hybrid Screening of 'On The Divide'