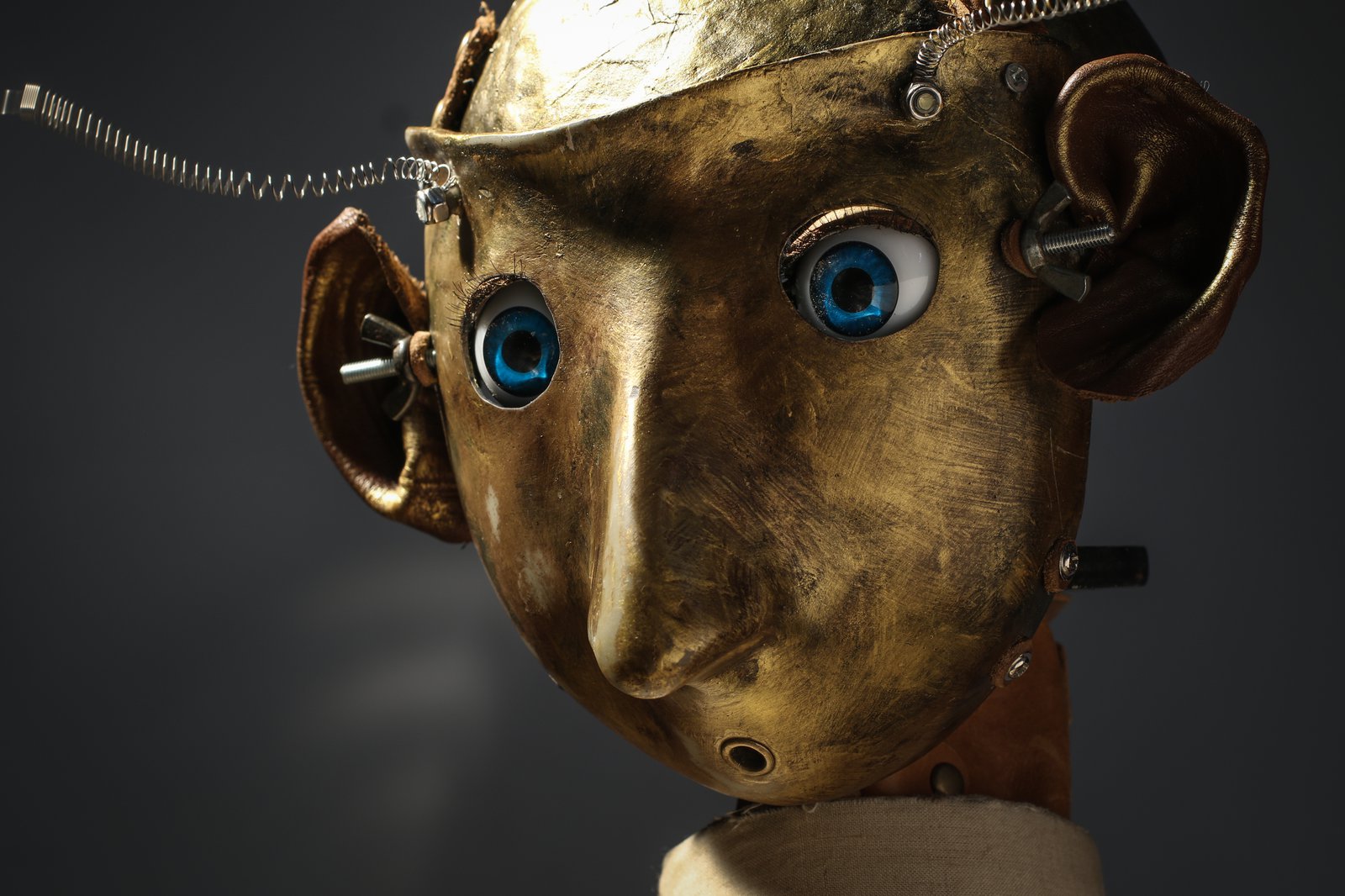 An artist creates an autobiographical stage performance to battle his father's dementia in Our Time Machine, Airing September 28, 2020 on PBS Series POV

"Sun and Chiang convey the cyclical nature of existence with poignancy and grace."

"Tender, soulful and life-affirming, Our Time Machine is a movie for all seasons."

43-year-old Maleonn is one of China’s preeminent conceptual artists. His father, Ma Ke, is the former Artistic Director of the Shanghai Chinese Opera Theater. Forbidden from working during the Cultural Revolution, Ma Ke later immersed himself in theater and the mysterious excitement of his father’s creative world inspired the young Maleonn.

When Ma Ke is diagnosed with Alzheimer’s disease, Maleonn embarks on an ambitious new theater project: “Papa’s Time Machine,” a visually stunning time-travel adventure told with human-sized puppets. At the play’s heart are scenes inspired by Maleonn’s memories with his dad. In Our Time Machine, Director-Producers Yang Sun and S. Leo Chiang chronicle Maleonn’s artistic pursuit and his hope that the shared endeavor will bring him closer to his father - personally and artistically.

Our Time Machine has its national broadcast premiere on the PBS documentary series POV (Point of View) on September 28, 2020. POV is American television's longest-running independent documentary series, now in its 33rd season. The film had its world premiere at the 2019 Tribeca Film Festival, where it won the prize for Best Cinematography in a Documentary Feature. It received the Grand Jury Award for International Documentary Feature at the 2019 LA Asian Pacific Film Festival.

The filmmakers follow Maleonn’s creative process, as his play generates enthusiasm, domestically and abroad, showing signs of a promising future. But his lifelong dream to know his father through artistic collaboration unravels as Ma Ke’s condition deteriorates. He struggles to contribute to the play, and barely recognizes the piece when it’s completed.

Both men grapple with the limits of their art to fend off the inevitable. In the face of short-term memory loss, Ma Ke finds comfort and order in recounting his glory days as a respected director. Maleonn navigates his own artistic crisis, confessing to an unborn child, “I’ve always thought the important things in life, even if they are extinguished, can be lit again with my passion. But time is too powerful.”

"This is a memorable and poignant story of the power of art and love to counter the ravages of time. Creativity can help us overcome seemingly insurmountable challenges. POV is so excited to bring the film to US audiences on PBS and through our community network," said Justine Nagan, Executive Producer, POV/Executive Director, American Documentary.

Our Time Machine is both a record of Maleonn’s determined race to finish his production and a well-observed family drama, full of tenderness, heartbreak and joy. Sun and Chiang weave together these two narrative strands to create a layered depiction of a middle-class Chinese household. Told against the backdrop of China’s accelerated social transformation, the film captures the shifting generational dynamics through a father and son who came of age on opposite sides of the Cultural Revolution. Visually, Sun and Chiang contrast keen-eyed realism with dream-like images of Maleonn’s steampunk aesthetic. The result is a complex view of modern-day China.

Co-director S. Leo Chiang said, "This is an evergreen story, relevant for past and future generations and across cultural divides. Especially on the international stage, documentaries from China often focus on powerful stories from marginalized classes or persecuted political dissenters, but our film offers an intimate look at a middle-class Chinese family facing issues that audiences around the world can immediately relate to. Our story provides a needed addition to highlight the similarities between people in the West and in China during a time where the political language can be hostile and divisive."

Accepting his father’s decline, Maleonn comes to realize that there are no effortless masterpieces and no traveling back in time to retrieve what has been lost. Instead, his effort unexpectedly propels him forward with a new collaborator and significant partner. Our Time Machine is a compassionate tale that celebrates the creative process through which father and son reconcile past feelings. Their mutual devotion to art bridges the gulf between generational memory, experience and societal change.

Yang SUN is a documentary director and cameraman based in Beijing. He was on staff at China's Central Newsreel and Documentary Film Studio, making documentaries for broadcasters including CCTV, Youku and the Travel Channel. He has directed several short and mid-length documentaries, including The Second Album, Aken, Backpackers for 10 Years, After He Rose to Fame, as well as the ten-part series Take Me to Travel. He worked as a director of photography on A Century with Nanjing, Century Master, and South of the Ocean. Sun Yang holds a Master’s degree from the School of Television and Film Art at the Communication University of China. Our Time Machine is his first feature-length documentary.

S. Leo Chiang is a Taiwanese-American filmmaker based in San Francisco and Taipei. His documentary, Mr. Cao Goes to Washington, won the Inspiration Award at the 2012 Full Frame Documentary Festival. His previous film, Emmy® Award-nominated A Village Called Versailles, picked up eight awards and aired on the American PBS series, Independent Lens. He is the director of two hours of the 2020 landmark PBS 5-part series, Asian Americans. Leo’s work has received funding support from the Sundance Documentary Fund, the Tribeca Film Institute, and ITVS. He also collaborates with other documentarians as editor and a cameraman. Leo received a MFA in film production from University of Southern California. He is the co-founder of A-Doc, the Asian American Documentary Network, and a documentary branch member of the Academy of Motion Pictures and Sciences.

Jean Tsien, ACE is a veteran documentary editor, producer, and consultant. Her editing credits include the 2001 Academy Award nominee, Scottsboro: an American Tragedy, and the Peabody Award-winning film, Malcolm X: Make it Plain. She executive produced and edited Plastic China, the winner of the 54th Golden Horse Award for Best Editing. Tsien also executive produced Our Time Machine and People’s Republic of Desire, Grand Jury Award winner, 2018 SXSW Film Festival. She consulted on many award-winning films, such as American Factory, Crime + Punishment, and Hooligan Sparrow. Tsien is a recipient of the Art of Editing Mentorship Award at the 2018 Sundance Film Festival.