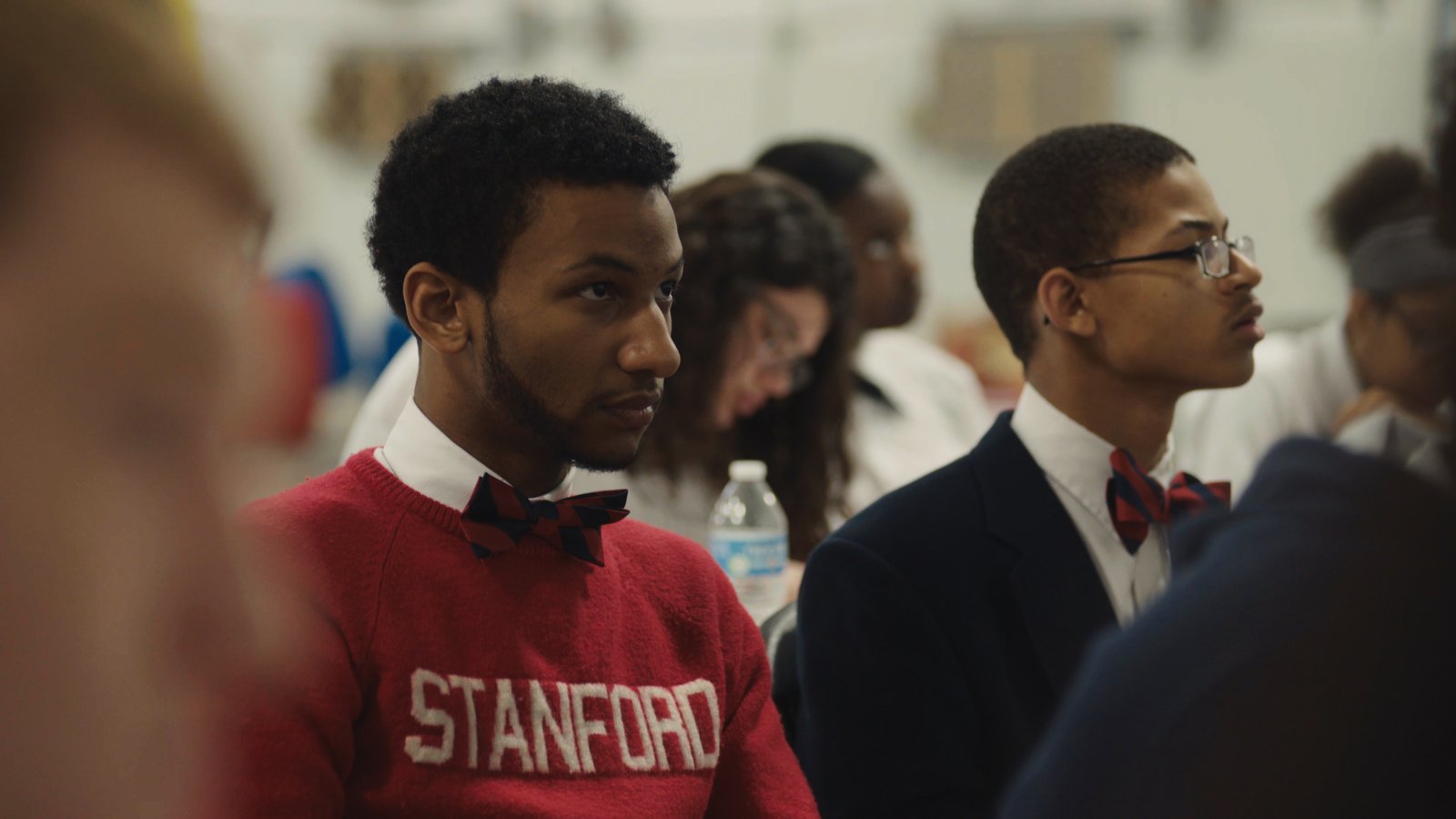 Accepted, an official selection of the 2021 Tribeca Film Festival, will make its national broadcast premiere on Monday, October 10, 2022 (check local listings) and will be available to stream free until November 10, 2022 at pbs.org, and the PBS Video app. In addition to standard closed captioning for the film, POV, in partnership with audio description service DiCapta, provides real time audio interpretations for audiences with sensory disabilities.

Accepted examines the double standards between the haves and the have-nots in the quest for the elusive college acceptance letter. Chen chronicles the stories of four ambitious students attending the singular TM Landry Prep School in rural Louisiana. The remarkable 100 percent college acceptance rate for its underprivileged, high school graduates, is attributed to the school’s dynamic founder, Mike Landry. His adherence to an unconventional teaching program and strict discipline guaranteed admission into the country’s most elite colleges. TM Landry was an example of the transformative benefits that come from prioritizing education above all other concerns.

When The New York Times publishes an explosive article about Landry’s controversial methods, the scandal leaves the students' fates hanging in the balance. Through intimate, first-person accounts, Chen provides well-rounded portraits of the students’ home lives, their confusion and anxieties, while also seeking to understand Landry's rationale.

Accepted Director/Producer Dan Chen said: ”As someone who grew up in a small town with big dreams, I wanted to center what it felt like to be a student at this school. We filmed as if the camera belonged to one of the students in the Class of 2019. We show you the inspirational speeches, the long hours, the fireworks in the park, the tears in the classroom, and the joy and terror of clicking on a webpage that will change your life forever. I hope this film helps viewers question the comfortable lies we tell ourselves about our society. And I hope that audiences will find inspiration in a new generation of students that see the world with clear and unsparing eyes.”

“Despite the inherent inequity of our higher education systems and structures, what shines through in this film is the vibrancy, creativity, and immeasurable potential of these wonderful students trying to make their way in the world,” said POV executive producer Chris White. “Their experience at TM Landry punctuates our failure to provide equal opportunity to those who need it most.”

Dan Chen, Director/Producer, Accepted
Dan is a Chinese American filmmaker in Los Angeles. He grew up in Manhattan, Kansas and graduated from the USC School of Cinematic Arts, focusing on directing and cinematography. His work has been featured at numerous festivals including Tribeca Film Festival and Slamdance Film Festival, as well as online at Vimeo Staff Picks, Short of the Week, The Verge, and NBC Asian America. He is interested in stories about outsiders, fallibility, and coming of age.

Jason Y. Lee, Producer, Accepted
Jason Y. Lee is the founder of Jubilee Media, a media startup that provokes a new culture of empathy. Known for viral series "Middle Ground," "Spectrum," and "Odd Man Out," Jubilee has developed an audience of 7M+ subscribers and garnered 2B+ views. Prior to founding Jubilee, Jason was a consultant at Bain & Company and worked on the 2007 Obama Campaign. Jason is a proud Korean-American raised in Overland Park, Kansas and graduated with honors from the University of Pennsylvania - The Wharton School. Jason directed and produced his first documentary “Save My Seoul” about sex-trafficking in Korea which premiered at the Los Angeles Asian American Film Festival in 2018.

Jesse Einstein, Producer, Accepted
Jesse Einstein is a filmmaker and actor based in Los Angeles. Jesse has produced, directed, written, and acted in projects with partners such as Concordia Studio, Boardwalk Pictures, Jubilee Media, Audible, Radical Productions, Sky TV, ABC, Comedy Central, Hulu, and FX. Jesse has produced two feature documentaries: The Disunited States of America, a verité character study of regular people against the backdrop of the 2016 Election, and Accepted, which The Hollywood Reporter called “…brilliant documentary… a considered and affecting coming-of-age story…Essential viewing.”

He recently directed, produced, and co-wrote Operation Firewall, a 9-episode podcast for Audible Originals about a Secret Service agent and a hacker-turned-informant who led a groundbreaking cybercrime investigation in the early 2000s.

He currently lives in LA with his wife and two cats and is interested in exploring stories at the intersection of assimilation and individuality.

Mark Monroe, Producer, Accepted
Mark Monroe is an award-winning documentary writer, director and producer, and co-founder of Diamond Docs. A two-time WGA award winner and BAFTA nominee, his film credits include writing the Academy Award® winners, THE COVE and ICARUS, as well as the Grammy® winning THE BEATLES: EIGHT DAYS A WEEK. Recent collaborations include THE BEE GEES: HOW CAN YOU MEND A BROKEN HEART with Frank Marshall, PAVAROTTI with Ron Howard, BEFORE THE FLOOD with Leonardo DiCaprio, THE DISSIDENT with Bryan Fogel, and TALES FROM THE TOUR BUS, an animated music series with Mike Judge. A journalism graduate from the University of Oklahoma, Mark began his career as a news writer for CNN. He has had at least one film premiere at the Sundance Film Festival each of the past 12 years. Other theatrical credits include: Hell On Earth: The Fall of Syria and the Rise of ISIS (Tribeca 2017, National Geographic); Under the Gun (Sundance 2016, Epix); Hooligan Sparrow (Sundance 2016); Racing Extinction (Sundance 2015, Discovery); Fed Up (Sundance 2014); Sonic Highways (HBO 2014); Drunk, Stoned, Brilliant, Dead: The Story of the National Lampoon (Sundance 2014, Showtime); Mission Blue (Berlin 2014, Netflix); The Summit (Winner, Best Editing Sundance 2013); Who is Dayani Cristal? (Winner, Best Cinematography, Sundance 2013); Sound City (Sundance 2013); The Tillman Story; Chasing Ice (Winner, Best Cinematography Sundance 2012); Stolen Seas;Last Play at Shea; Once in a Lifetime: The Extraordinary Story of the New York Cosmos (W.G.A. nomination "Best Documentary Script", 2007); Amazing Journey: The Story of The Who and Morning Light (Disney Pictures).