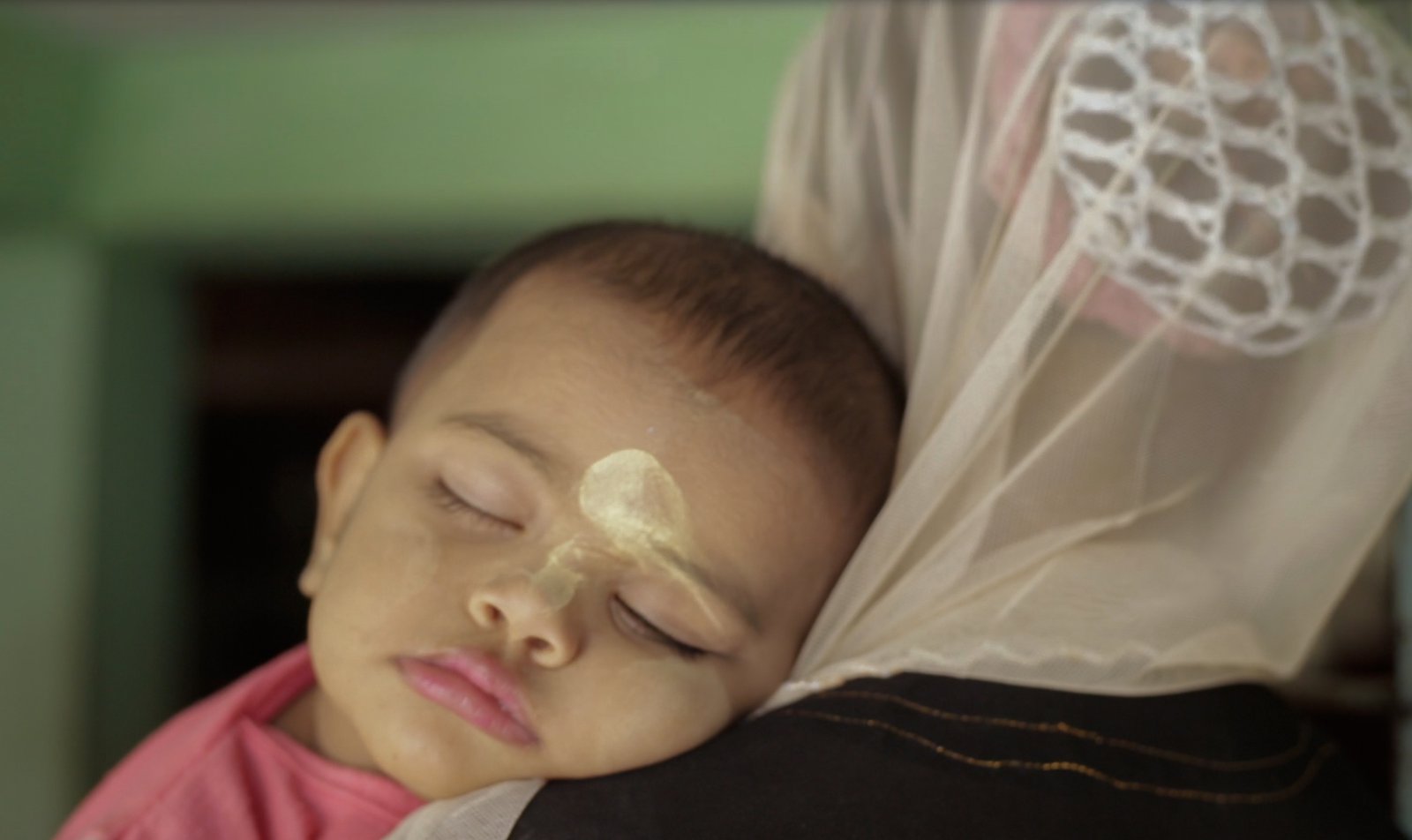 New York, N.Y. — October 13, 2022 — POV delves into the lives of two midwives – one a Buddhist and one a Muslim, who defy strict ethnic divisions to work side by side at a health clinic in western Myanmar, in the absorbing documentary, Midwives. Directed by Snow Hnin Ei Hlaing and produced by Snow, Emmy Award® winner Mila Aung-Thwin (Up the Yangtze), Bob Moore (Last Train Home) and Ulla Lehmann (Wood and Water), Midwives makes its national broadcast premiere on POV Monday, November 21, 2022 (check local listings) and will be available to stream with no PBS Passport membership necessary until December 21, 2022 at pbs.org, and the PBS Video app.

Midwives, director Snow’s feature film debut, chronicles Hla and Nyo Nyo, two courageous women who unite to bring forth life at a makeshift medical clinic in western Myanmar. Hla, the owner of the clinic, is a Buddhist in the western region of the country, where the Rohingya of Rakhine State (a Muslim minority community) are persecuted and denied basic rights. Nyo Nyo is a Muslim and an apprentice midwife who acts as an assistant and translator at the clinic. Her family has lived in the area for generations, yet they’re still considered intruders.

Encouraged and challenged by Hla, who risks her own safety daily by helping Muslim patients, Nyo Nyo is determined to become a steady health care provider for her community. Hlaing followed the pair over five turbulent years and witnessed their struggles amid an increasingly dangerous environment.

“Be true to your story and your story will be true to you. Making creative documentary films can sometimes be lonely. We have to believe in what we are doing; deeply believe in our story. That means a lot of hard work and knowing what we really want to capture. Every woman's story you tell and every success you have as a filmmaker is a footprint for other women,” said Midwives Director/Producer Snow Hnin Ei Hlaing.

“Midwives, director Snow Hnin Ei Hlaing’s remarkable feature debut, offers a rare insight into the complex reality of Myanmar and its people. Her gentle, impartial gaze grants unique access to these fearless women who are committed to helping women in the region. We are honored to bring this powerful film to American audiences,” said Erika Dilday, executive producer of POV and America ReFramed and executive director of American Documentary.

Midwives is an EyeSteelFilm, AMA FILM, Snow Films and American Documentary co-production. Snow Hnin Ei Hlaing is the director/producer, and Mila Aung-Thwin, Bob Moore and Ulla Lehmann are the producers. Erika Dilday, Chris White, Justine Nagan are the executive producers for American Documentary | POV and Bob Moore for EyeSteelFilm. “POV” has previously collaborated with Montreal-headquartered EyeSteelFilm on a number of award-winning films, including Up the Yangtze, Last Train Home, Still Tomorrow and Softie.

Snow Hnin Ei Hlaing, Director/Producer, Midwives
Snow has worked as a freelance filmmaker in Myanmar since 2006, acting as director, producer, editor and sound recordist after attending film schools in both Myanmar and Germany. Her short, Burmese Butterfly played festivals in over 20 countries, and Period@Period won for best short at the Wathan Film Festival. Midwives is her feature documentary debut. Midwives premiered at the 2022 Sundance Film Festival and won the Excellence In Verité Filmmaking World Cinema Documentary Special Jury Award. Midwives won the best film award at the 2022 One World Human Rights Film Festival in Prague. Midwives won the Asian Competition Grand Prize and Next Award in DMZ International Documentary Film Festival.

Ulla Lehmann, Producer, Midwives
Lehmann was born in Berlin and has lived in Germany and France. Together with film director Andrea Roggon, she founded AMA FILM. The company focuses on the development and production of films of artistic and social relevance, e.g. Midwives by Snow Hnin Ei Hlaing (Sundance Film Festival, CPH:Dox), Wood and Water by Jonas Bak (Berlinale, New Directors/New Films N.Y.) and The Inner Light by Stefan Sick (Berlinale, Shanghai IFF). AMA FILM also acted as distributor and released The Inner Light to over 70 German cinemas.

Bob Moore, Producer, Midwives
Moore is Co-President and Creative Producer at EyeSteelFilm in Montreal where he has produced over 40 feature documentaries since 2008. Together with his talented partners and collaborators, he has been the recipient of over 100 international awards, including Emmys, Cinema Eyes, Golden Horses, Owls, Phoenixes, and a variety of other celebratory animal-themed prizes. He’s been the subject of a Producer’s Spotlight at the Cannes Marché du Film, is currently an advisor and mentor working with the Sundance Film Festival, IDFA, DMZ Docs South Korea, QUMRA, Tokyo Docs, Dhaka DocLab Bangladesh, Hot Docs, and RIDM.