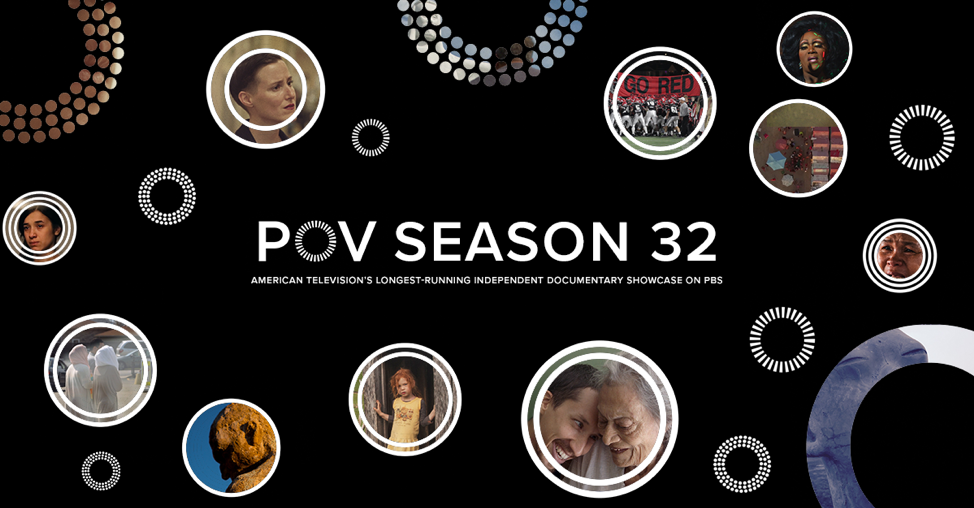 Roll Red Roll Launches Season Monday, June 17 at 10 p.m. Critical Standouts Include Oscar-Shortlisted Films The Distant Barking of Dogs, The Silence of Others, and On Her Shoulders

Second Season of POV Shorts to Air Along Features in 2019

New York, N.Y. — March 13, 2019 — From city streets to the halls of Congress, women are reasserting their voice and power in 2019. As history unfolds, women are also documenting it. Celebrating these powerful stories in the 32nd season of American television’s longest running documentary showcase on PBS and bucking the industry’s stubborn gender gap, nine out of POV’s 16 feature films this season are helmed by women directors, while four of the five POV Shorts premiering in its second season are directed by women.

As reported exclusively in Deadline, POV’s 32nd season begins with director Nancy Schwartzman’s Roll Red Roll on June 17 at 10 p.m. on PBS stations, PBS apps, as well as pov.org and amdoc.org. The season will continue with broadcast premieres airing into October, with pop-out episodes in early 2020. POV Shorts’ second season will also launch with Changing Same, premiering at 10:30 p.m. after the feature film On Her Shoulders on Monday, July 22, with subsequent broadcasts throughout POV’s 32nd season.

This year’s stories highlight women’s perspectives on issues ranging from youth-led climate activism to domestic surveillance, with nine films showcasing stories from across the world. Last season, 47 percent of directors and producers were women and one third were people of color.

Women’s empowerment features prominently throughout the season. In Call Her Ganda, three Filipina activists galvanize a political uprising, pursuing justice for a slain transgender woman brutally murdered by a U.S. Marine. The Oscar-shortlisted On Her Shoulders follows Nobel-prize winner Nadia Murad, a young Yazidi survivor of genocide and sexual slavery at the hands of ISIS, as she tells her story to the world. Passionate teenage innovators, several of whom are young women scientists, take on cutting-edge solutions to stymie global climate threats in Inventing Tomorrow. Rebel heroines fight antiquated prosecution practices of sex workers in BLOWIN’ UP. And in Grit, an Indonesian activist takes on a multinational drilling company that unleashed an unstoppable mudflow in her village.

As the nation reels from explosive allegations of sexual misconduct in nearly every corridor of power, Roll Red Roll dives headfirst into the conversation with an examination of the infamous sexual assault of a teenage girl by members of the Steubenville, Ohio, high school football team in 2012. As the film unearths the complex motivations of both perpetrators and bystanders in this story, director Nancy Schwartzman expands our notions of gender-based violence beyond a “women’s issue.”

Other stories at home showcase the evolving American landscape. In Farmsteaders a young family returns to their late grandfather’s small dairy farm, only to find the challenges of family farming in an age of industrialized agriculture more overwhelming than imagined. Meanwhile, documentaries like Bisbee ’17, which marks the 100th anniversary of the illegal deportation of immigrant miners in Arizona, or The Feeling of Being Watched, which uncovers a covert domestic surveillance program outside Chicago, find resonances between the country’s fraught history with civil rights and today’s bubbling anti-immigrant sentiments. The Gospel of Eureka, a campy look at a small Arkansas town’s passion play and drag shows, challenges viewers to reexamine the relationship between religion and queer identities, celebrating pageantry all around.

As in past seasons, stories from abroad feature heavily on POV. Some examine war and conflict in regions from Ghana to Eastern Ukraine, as seen inThe Rescue List and the Oscar-shortlisted The Distant Barking of Dogs.

Other international films examine family, tradition, and history, from Palermo’s whimsical beach towns in Happy Winter to a Mexican trio of eccentric brothers suddenly finding themselves guardians of their rapidly aging grandmother in América. In the Oscar-shortlisted The Silence of Others, victims of Spain’s 40-year dictatorship under Francisco Franco fight back against their country’s collective amnesia of the state’s atrocities.

Along with this year’s roster of feature documentaries, the second season of POV Shorts will launch on Monday, July 22 at 10:30 p.m. with The Changing Same, directed by Joe Brewster and Michele Stephenson. Set in the Florida Panhandle town of Marianna, one native resident runs a marathon retracing the steps of Claude Neal, who was lynched more than 80 years ago on a night buried in the town’s history. In addition to The Changing Same, the rest of this year’s POV Shorts confirmed slate all feature filmmakers of color: Water Warriors, Stay Close, Edgecombe, and Crisanto Street.

“It’s no surprise that women filmmakers have lots of stories to tell,” said Justine Nagan, executive producer/executive director of POV/American Documentary. “Their stories are heart-thumping true crime thrillers, compassionate biopics, and poetic elegies to a long-lost way of life. They’re not pigeon-holed to tell ‘women’s stories,’ but on POV they have freedom to explore the full depth and range of the human experience. We are proud that Season 32 of POV and Season 2 of POV Shorts are a dynamic reflection of that belief. Across broadcast features and shorts, and our interactive projects, we’re proud to present one of the most representative documentary strands in media—in front of and behind the camera.”

At a pre-season party in small-town Steubenville, Ohio, a now-infamous sexual assault of a teenage girl by members of the beloved high school football team took place. Roll Red Roll is a true-crime thriller that goes behind the headlines to uncover the deep seated and social media-fueled “boys-will be-boys” culture at the root of high school sexual assault in America. Official Selection, 2018 Tribeca Film Festival.

The Gospel of Eureka |June 24, 2019 | Directed by Michael Palmieri and Donal Mosher

The spotlight is beaming on drag shows and a passion play in a small Arkansas town. The Gospel of Eureka takes a personal and often comical look at negotiating differences between religion and belief through performance, political action and partnership. With verve, humor and unfailing compassion, Michael Palmieri and Donal Mosher build unexpected bridges between religious faith and sexual orientation. Official Selection, 2018 SXSW Film Festival.

Radically combining documentary and scripted elements, Bisbee '17 follows several members of the close-knit community in Bisbee, Arizona, a former mining town, as they commemorate the 100th anniversary of the Bisbee Deportation, when 1,200 immigrant miners were violently taken from their homes by a deputized force, shipped to the desert on cattle cars and left to die. Official Selection, Sundance Film Festival.

Nadia Murad, a 23-year-old Yazidi, survived genocide and sexual slavery committed by ISIS. Repeating her story to the world, this ordinary girl finds herself thrust onto the international stage as the voice of her people. Away from the podium, she must navigate bureaucracy, fame and people's good intentions. Official Selection, 2018 Sundance Film Festival, 2018 SXSW Film Festival. Shortlisted for Best Documentary Feature for the 91st Academy Awards.

Passionate teenage innovators from around the globe create cutting-edge solutions to confront the world’s environmental threats—found right in their own backyards—while navigating the doubts and insecurities that mark adolescence. These inspiring teens prepare their projects for the largest convening of high school scientists in the world: the Intel International Science and Engineering Fair. Official Selection, 2018 Sundance Film Festival.

The Distant Barking of Dogs follows the life of 10-year-old Ukrainian boy Oleg over a year, witnessing the gradual erosion of his innocence beneath the pressures of the on-going war in Eastern Ukraine. Having no other place to go, Oleg and his grandmother Alexandra stay and watch as others leave the village, showing just how crucial—and fragile—family is for survival. Shortlisted for Best Documentary Feature for the 91st Academy Awards.

Every summer on Palermo's Mondello beach, over 1,000 cabins are built in preparation of the Ferragosto holiday. Centered around a family who goes into debt, three women holding onto the feeling of youth, and a politician seeking votes, Happy Winter portrays a vanity fair of beach goers hiding behind the memory of a social status that the economic crisis of recent years has compromised.

Clear-eyed and intimate, Farmsteaders follows Nick Nolan and his young family on a journey to resurrect his late grandfather’s dairy farm as agriculture moves toward large-scale farming. A study of place and persistence, Farmsteaders points an honest and tender lens at everyday life in rural America, offering an unexpected voice for a forsaken people: those who grow the food that sustains us.

A multinational natural gas drilling company is believed to be responsible for the displacement of 60,000 people in an East Java village left submerged by a tsunami of mud. Fed up with the company's delayed cleanup, Dian, a politically active teenager, galvanizes her neighbors to fight against the corporate powers accused of one of the largest environmental disasters in recent history.

The Silence of Others| September 30, 2019 | Directed and Produced by Almudena Carracedo and Robert Bahar

The Silence of Others reveals the epic struggle of victims of Spain’s 40-year dictatorship under General Franco as they continue to seek justice four decades into democracy. Filmed over six years, the film follows the survivors organizing the groundbreaking “Argentine Lawsuit” to fight a state-imposed amnesia of crimes against humanity, where the emotional court battle uncovers a country still divided over its fascist history. Shortlisted for Best Documentary Feature for the 91st Academy Awards. Winner, 2019 Goya Award for Best Documentary Film. A co-production of ITVS. Co-presented by Latino Public Broadcasting (LPB).

Life’s easy for Diego, who works in a surf shop and performs on the boardwalk for tourists. Yet when his grandmother América injures herself, and his father— América's sole caretaker—is imprisoned for negligence, Diego returns to his hometown of Colima, Mexico, to care for her with his brothers Rodrigo and Bruno. Caught between love and obligation, the eccentric trio clash over money, communication, and the considerable challenge of caregiving.

The Feeling of Being Watched| October 14, 2019 | Directed by Assia Boundaoui

In the Chicago suburb where journalist Assia Boundaoui grew up, most residents in her Muslim immigrant neighborhood believe they are under surveillance. Assia investigates and uncovers FBI documents about "Operation Vulgar Betrayal," one of the largest pre-9/11 counterterrorism probes conducted on domestic soil, right in Assia's hometown. Official Selection, 2018 Tribeca Film Festival.

Working within a broken criminal justice system, a team of rebel heroines work to change the way women arrested for prostitution are prosecuted. With intimate camerawork that lingers on details and brings the Queens criminal courtroom to life, BLOWIN’ UP celebrates acts of steadfast defiance, even as it reveals the hurdles these women must face. Official Selection, 2018 Tribeca Film Festival.

In a rehabilitation shelter in Ghana, two children are recovering from enslavement to fishermen. But their story takes an unexpected turn when their rescuer embarks on another mission and asks the children for help. Charting the unfolding drama, The Rescue List tells a moving story of friendship and courage—transcending tropes of victimhood and illustrating what it means to love and survive.

Produced by American Documentary, POV is the longest-running independent documentary showcase on American television. Since 1988 on PBS, POV has presented films that capture the full spectrum of the human experience, with a long commitment to centering women and people of color in front of, and behind, the camera. It's on POV where American television audiences were introduced to groundbreaking works like Tongues Untied, The Act of Killing and American Promise and innovative filmmakers including Jonathan Demme, Nanfu Wang, and Laura Poitras. In 2018, POV Shorts launched as one of the first PBS series dedicated to bold and timely short-form documentaries.