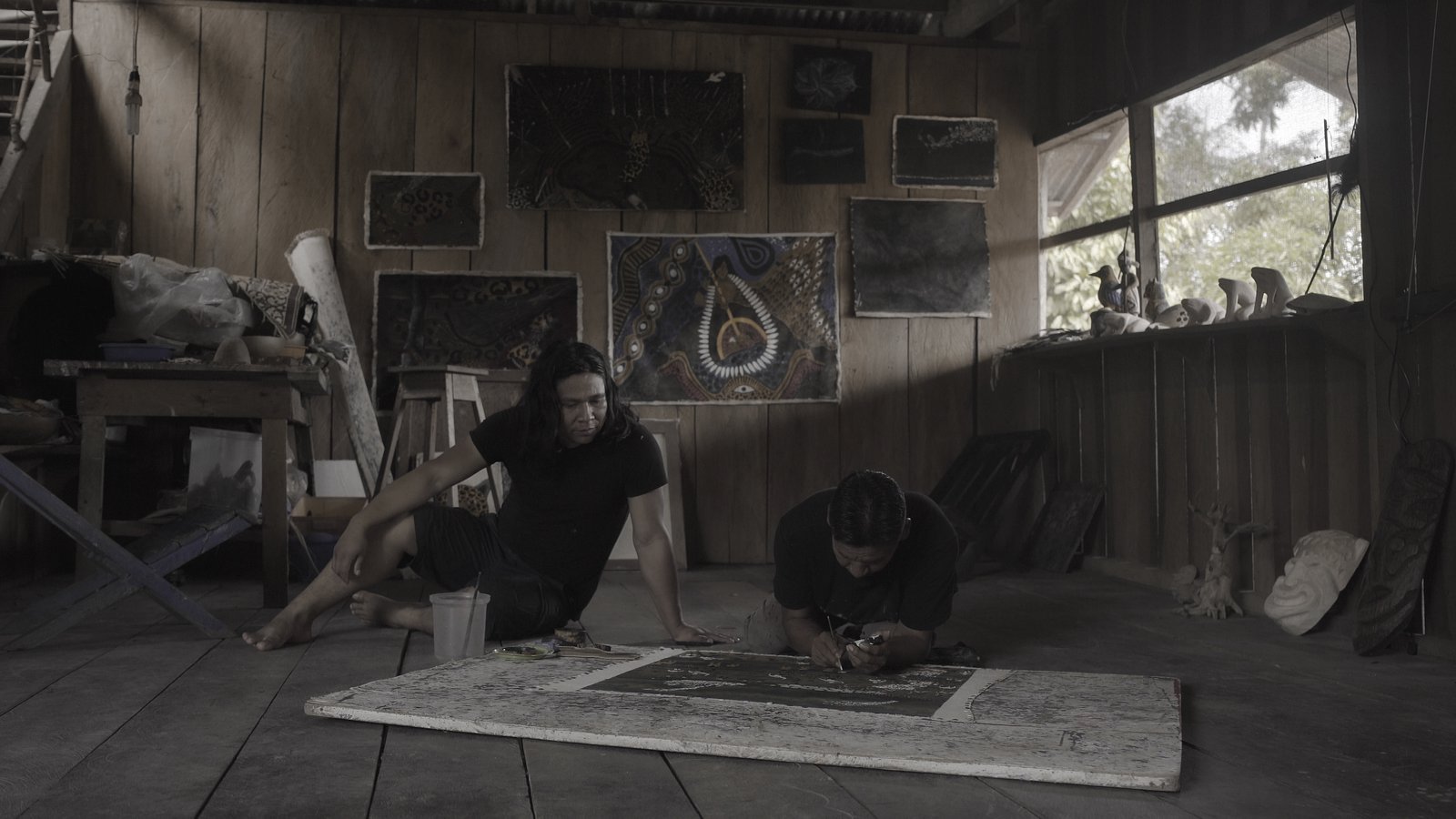 POV: The first question is: Have your have seen the film? They saw the first cut, but what about the final version completed in 2019? Have they told you what they thought about it?

Rember: Hi, good afternoon. Yes, they saw it– they didn’t watch the entire film. They’ve seen a part of it. At the end of the day it’s important because when they watched that part of the film, they noted the naturalness of what it was, what the images and clips transmitted. And that’s what my family was looking for.

POV: Your parents are artists. Did you always feel attracted to art or at what moment did you know you wanted to dedicate yourself professionally to [a career in] art?

Rember: We’re a family dedicated to craftwork as survival. It’s a job that my parents have maintained and have developed for a long time. We have learned from that activity. After several years, with access to cultural centers and art rooms, each of us, in a way, started connecting with the craftwork and making our own work, each piece more singular, more personal, with more character. We’ve dedicated ourselves to art in those times, since it was also a platform as well as a language to manifest, in first person, the indigenous thoughts, memories and resistance.

POV: In the film, you move through life in the city of Lima and in your parents’ house in the Amazon. In your daily life, how do you negotiate your artistic practices within these two different worlds that you live in?

Rember: There isn’t anything to negotiate, really. The real world has conditioned many of our indigenous youth to leave the community in order to survive and so our families and our villages also survive the attack of the modern world. So, I don’t think it can be negotiated, you’re really left with one option, which is to protect the place where you’re from, to defend its memory, and in the end, defend its life.

POV: Last two questions. The first is: You have previously talked about how COVID has affected the Amazonian communities. Can you tell us how it has specifically affected the Uitoto Nation?

Rember: A lot of elders, in general, in the Ampiyacu river as well as the Chorrea, many grandparents have passed away. COVID has taken so many adult lives, so many years from the communities. Not just Uitoto people but others from other villages like the Yaguas and the Boras. More than anything have these have been terrible losses because the death of an elder, what it represents, is the early loss of a memory, of the history, the knowledge of the plants, the knowledge of the myths. So, it has been one of the most devastating pieces of news that the Uitoto world could have received after the rubber era. So we seek to defend ourselves based on the knowledge that we have about medicinal plants.

POV: You just mentioned our last question: How did the Rubber massacre affect indigneous nations? The rubber massacre isn’t a well known historical fact to the rest of the world, do you hope that your work and the contributions of the film will help change that?

Rember: I hope that the new generations take more of a conscious position about these historical periods, [moments] where the indigneous world has been completely devastated and their human rights unrecognized. Though beyond film, beyond art, painting or any other contemporary language that could be used to make a demand, what is needed are State policies. There’s a responsibility the State has to the indigenous communities, and it should be taken seriously and should be within their agenda so that historical situations like the rubber massacre are not repeated and have a much larger influence on the Peruvian imaginary, in the imagination of the nation. A film is a strong tool to help visualize these historical moments, but what is truly needed are national policies in order to influence, in a powerful way, the [national] imagination of the Peruvians.

POV: Thank you so much, Rember.