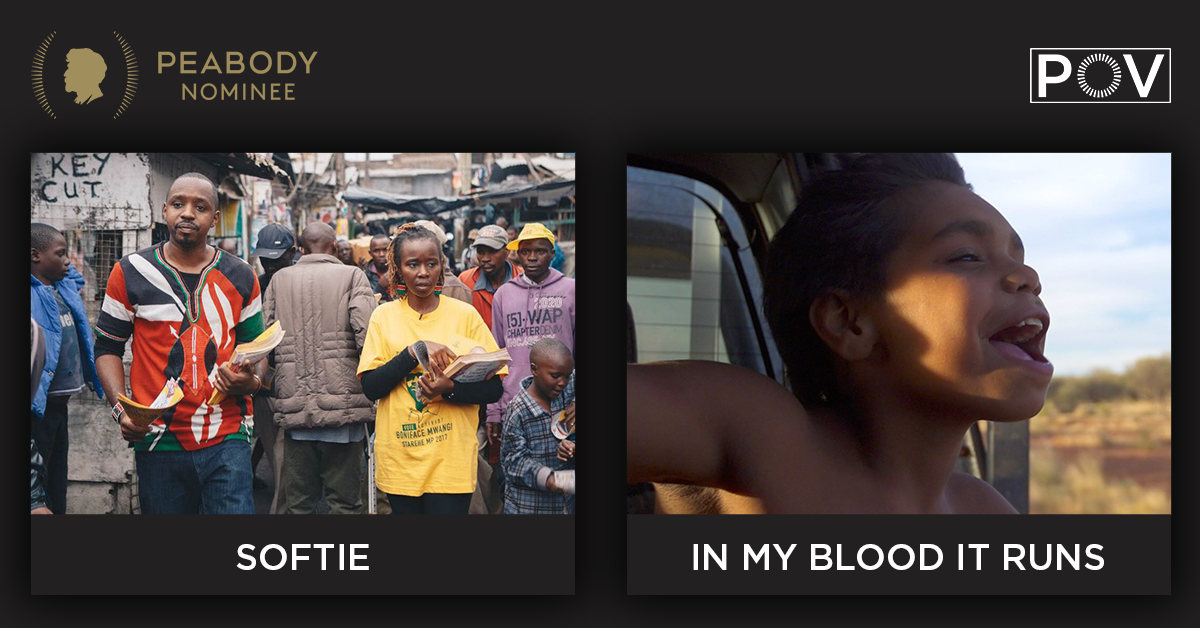 New York, N.Y. -- May 4th, 2021 -- POV, America’s longest-running independent documentary series, has received two Peabody nominations announced today by the Board of Jurors. The two films receiving nominations are In My Blood It Runs directed by Maya Newell and Softie directed by Sam Soko. This is the eighth year in a row POV films have been nominated for a Peabody. At the 2020 ceremony four POV films received recognition.

Both international titles, In My Blood It Runs and Softie broadcast as part of POV’s 33rd season, highlighting the series’ commitment to showcase the best in storytelling from all around the world. In My Blood It Runs, a co-presentation of Pacific Islanders in Communications, follows Dujuan an Arrernte Aborignal boy who, at age ten, is a child-healer, a hunter and can speak three languages. Yet Dujuan is failing in the Australian school system and facing increasing scrutiny from welfare authorities and the police. In tracing the ways Dujuan negotiates his Aborignal culture and education and the systems that stand in the way, the film confronts the suppression of Aboriginal ways of life and the harmful effects of colonial institutions. In My Blood It Runs broadcast on POV on September 21, 2020.

Softie, which premiered at the 2020 Sundance Film Festival where it won a special jury prize, is a Kenyan film based on the life and activism of photojournalist Boniface “Softie” Mwangi. Challenging his home country’s political corruption, Boniface makes a life-altering choice to run for office, trading the chaos-filled world of street protest for campaigning against a dynasty. Capturing both the political and personal tremors that result from his decision, Softie offers a nuanced and detailed portrait of what it looks like to be committed to one’s country and one’s family. Softie broadcast on POV on October 12th, 2020.

Winners will be announced in a virtual ceremony in late June.

In addition to its 26 George Foster Peabody Awards, the series has won 42 Emmy® Awards, 15 Alfred I. duPont-Columbia University Awards, three Academy Awards®, the first-ever George Polk Documentary Film Award and the Prix Italia, since its launch in 1988. The POV series has been honored with a Special News & Documentary Emmy Award for Excellence in Television Documentary Filmmaking, three IDA Awards for Best Curated Series and the National Association of Latino Independent Producers (NALIP) Award for Corporate Commitment to Diversity.