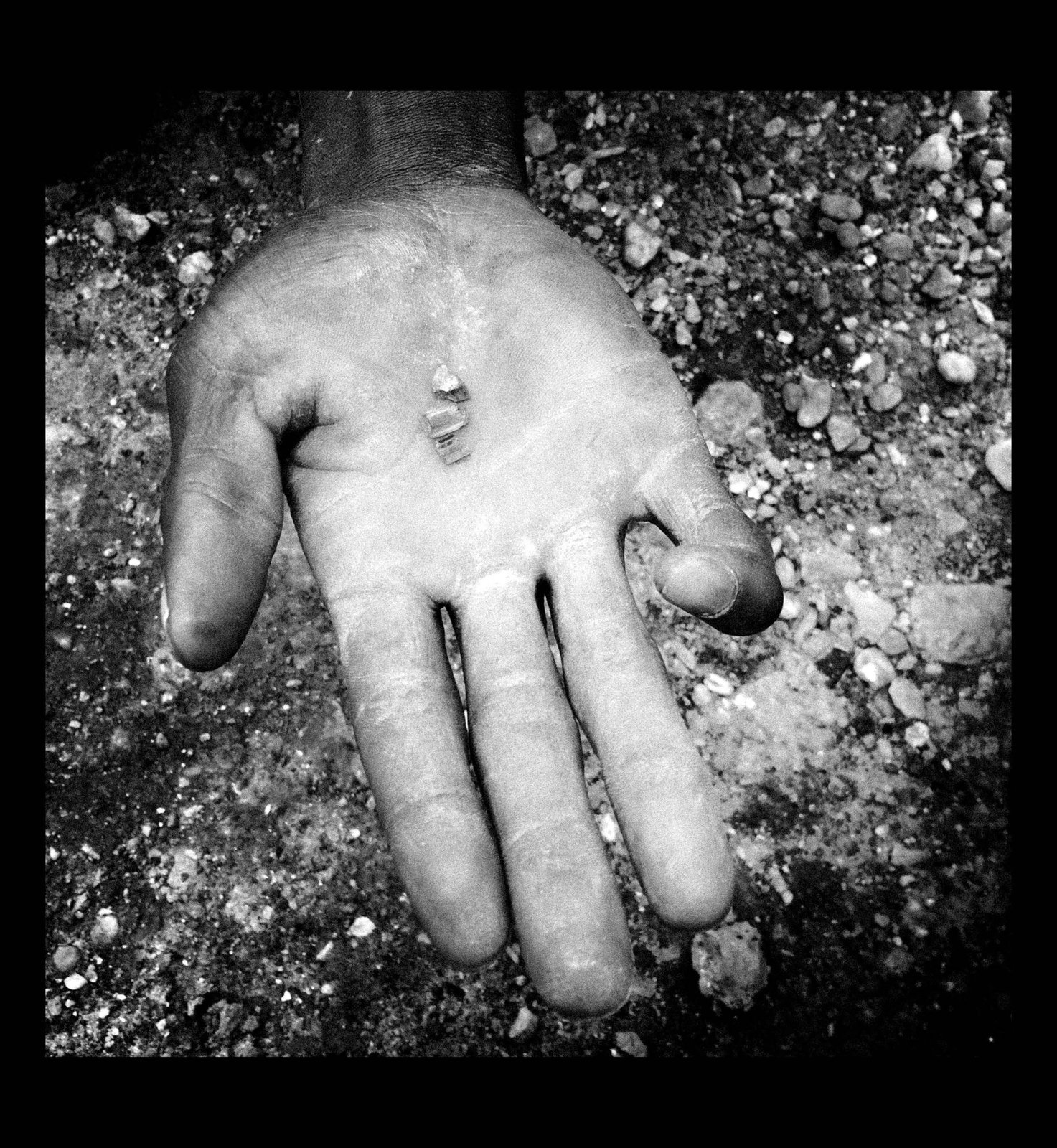 New York, N.Y. – December 15, 2021 – American Documentary announced today that Seven Grams, the final project produced by POV Spark, will premiere at the 2022 Sundance Film Festival as part of the event’s virtual reality showcase, New Frontier. POV Spark, the interactive arm of the iconic series "POV" on PBS, operated from 2018 to 2021; Seven Grams is the third consecutive POV Spark project to premiere at Sundance.

Seven Grams is the latest project from photojournalist, war correspondent and director Karim Ben Khelifa, following his award-winning 2017 virtual reality project, The Enemy, a groundbreaking exhibition that sought to humanize the images of war by allowing participants to encounter combatants on opposite sides of conflicts throughout the world. Continuing his long standing engagement with the personal narratives behind global issues, Seven Grams is an augmented reality experience that finds Ben Khelifa exploring the connection between smartphones and the conditions under which the rare materials needed to make them are extracted, particularly in the Democratic Republic of Congo (DRC).

“Karim’s project is a stunning, important work that falls squarely in line with our mission to expand our understanding of the world through inventive and mission-driven journalism” said executive director, American Documentary and executive producer, POV and America ReFramed, Erika Dilday. “We are extraordinarily proud that Seven Grams will premiere at Sundance, and we can’t wait to share this project with public audiences. We can't think of a better way to honor the legacy of POV Spark and our ongoing commitment to exploratory forms of nonfiction storytelling.”

Through a mixture of immersive storytelling, available worldwide through a smartphone app, and animated sequences, Seven Grams explores the inner workings of the smartphone before tracing its materials back to the mines in the DRC where workers, including children, are exposed to dangerous and life-threatening conditions often at the direction of unregulated army groups. In addition to the app, the project includes a six-minute stop-motion animated film by the artist TT Hernandez that follows the ordeal of a 12-year-old boy in the DRC who’d been kidnapped by a notorious warlord and forced to dig for gold and cassiterite in hazardous conditions.

"New generations of consumers are demanding more just business practices, as evidenced by the growth of markets for fair trade products such as cotton and coffee. As our dependence on technology and electronic devices intensifies, we must urgently look at the human costs and injustice surrounding the supply chain and the manufacturing of our smartphones, tablets and computers," said director Karim Ben Khelifa.

In making the connection between our everyday devices and the lived realities of the workers, Seven Grams shows us that these supply chains are not the product of some far-away land, but an ongoing experience directly affected by our global technology consumption. Ben Khelifa’s project is an important recent example of solutions journalism which aims to both inform and to inspire social change and the means to measure it.

Seven Grams is a co-production between Lucid Realities, France Télévisions, Think-Film and POV.

Karim Ben Khelifa is an award winning Tunisian war correspondent, photojournalist and director who has freelanced regularly for Time Magazine, Vanity Fair, Le Monde, and The New York Times Magazine. In 2012, he became the Carroll Binder fellow at the Nieman Foundation for Journalism at Harvard University. From 2013 to 2017, he was an Artist-in-Residence at the Open Documentary Lab then Visiting Artist at the Imagination Computation Expression Lab, both based at MIT. During this time, he created the breakthrough VR and AR journalism project “The Enemy” which premiered in Paris in 2017 and has been presented in New York City, Tel Aviv, Boston, Montreal, Seoul and Geneva amongst other places. Since 2018, Karim has been an advisory board member of the American Documentary Interactive at PBS and at the Center for Advanced Virtuality at MIT.

TT Hernandez is a multidisciplinary artist, fascinated by the human experience. Through live performance, animation, interactive sculpture, and illustration, she engages with the senses of her audience and collaborators, striving to evoke specific moods, and experiences to explore the richness of our collective creativity and resiliency. Her work has been featured prominently in the Boston Globe and shown at the Boston Sculptors Gallery, the Distillery Gallery, the Irish consulate and more. She holds a BFA from Tufts University and was invited to become a visiting artist at the School of the Museum of Fine Arts, Boston. She has captured the visual narrative for award winning poets, international journalists, lauded composers, and New York Times best selling authors. Hernandez is currently based in northern California, empowering artists and thinkers to manifest ideas that matter. Through art making and one-on-one coaching, TT is committed to supporting creators of all types in their pursuit to strengthen inner trust, live authentically, and express themselves fully.

Part of the CLPB Media Group, Lucid Realities is an immersive and interactive production and distribution company based in Paris, co-founded by Chloé Jarry and François Bertrand. The projects powered by Lucid Realities are designed to foreshadow the future of the XR industry and innovate ways to produce and distribute XR experiences. For us, XR is more than technology: it’s an opportunity to create unprecedented emotional ways to connect people with edutainment contents. Supported by some of the major players in the film and XR fields (Sundance Institute, Tribeca Film Fund, Google DNI, HTC Vive Arts, NFB, European public broadcasters), we have shown our ability to build innovative business models, tell powerful stories and create new kinds of presentations. www.lucidrealities.studio

Available worldwide via the Apple Store and Google Play