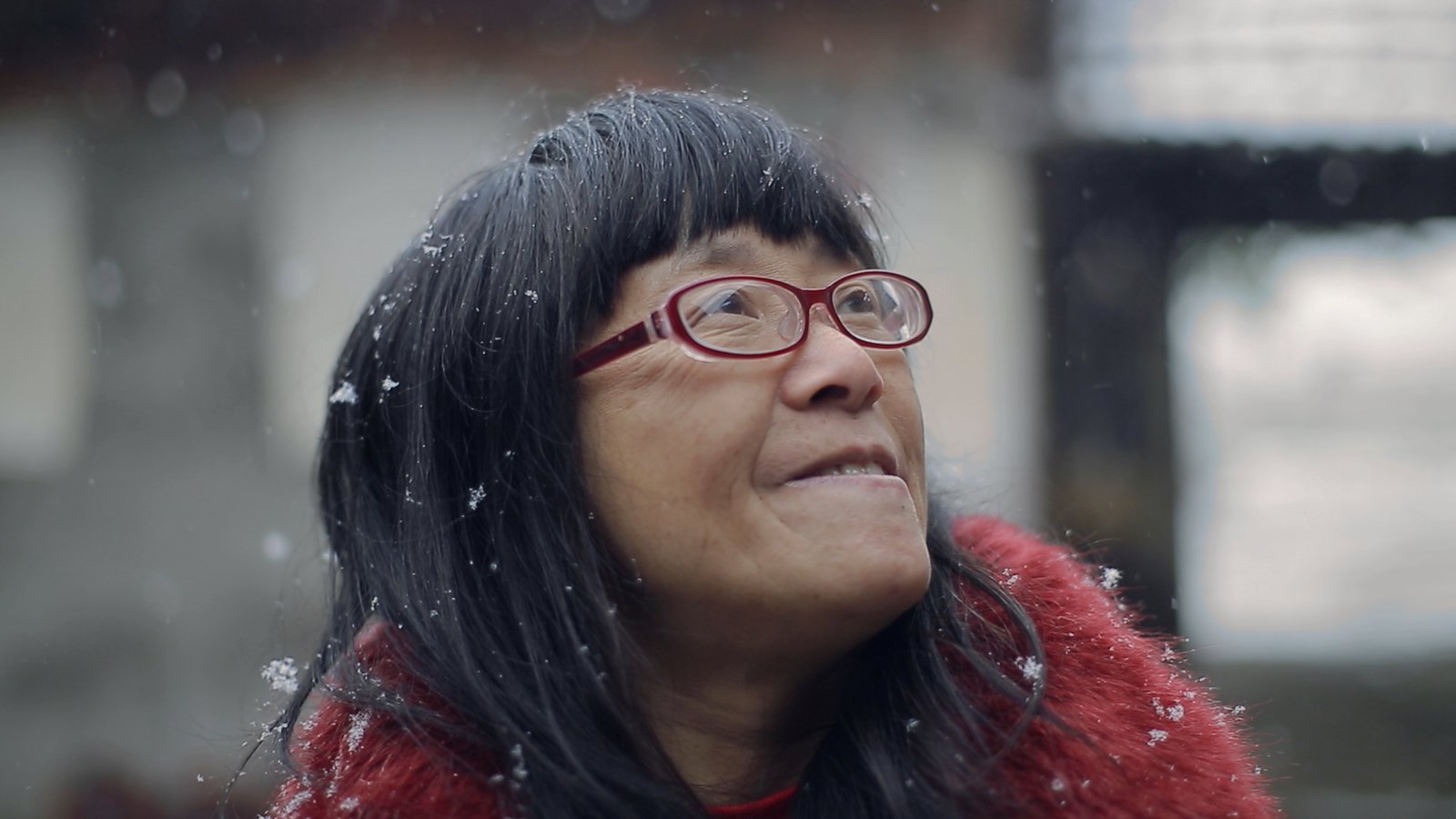 Pursuing independence and love, without ever losing hope.

Yu Xiuhua, a secluded poet made famous by social media, is on a search for meaning in a life marked by numerous struggles. Still Tomorrow chronicles distressing disputes in her family, her sudden rise to prominence and her navigation of a complicated marriage, all of which unfold while she is living in rural China with cerebral palsy. Jian Fan skillfully gives us a glimpse into the life of this bold woman who is consistently challenging the status quo.

The film constantly plumbs the dynamics of dichotomies: peace and labor, rural and urban, family support and independence. It opens with the tranquil landscape of a family farm paired with a captivating verse by Yu herself. The engine behind her sudden fame is particular to the 21st century: social media. In late 2014, a small collection of her work was published on a popular website. Due to numerous shares and posts, her poems went viral. That she has cerebral palsy makes her accomplishments all the more astonishing.

Yu, who often feels confined physically and socially, embraces poetry as an outlet. “Poetry makes me understand that it’s important to live on,” she says. “It supports me. Without poetry, life is empty. When I write, I feel poems give me peace and tranquility.”

But her openness leads to disagreements with her parents. Their conflicts reveal a generation gap in rapidly urbanizing China, where the allure of modern city life is causing people to defy centuries-old expectations that they will marry early and build families. At one point, as Yu and her mother argue over a life-changing decision for Yu, the poet pointedly asks, “You live for others or for yourself?”

“For others,” her mother simply replies.

As book publishers eagerly come calling, Yu begins to question her dependence on her husband, who travels to Beijing for construction jobs. Jian Fan needs only the camera and its shots of the quiet dirt roads near Yu’s house and the roaring construction sites where her husband works to tell the corresponding story of China’s rapid economic ascent.

“Still Tomorrow is a film about transformation,” said Justine Nagan, executive producer/executive director of POV/American Documentary. “How can we transform ourselves, despite the limitations—physical or social—imposed on us? It also explores an entire nation’s renewal, one where upwardly mobile people are adjusting to new social norms that seemingly change daily. Yu Xinhua, a woman who refused to be bound by what was given her, perfectly embodies both these stories.”

Jian Fan is a documentary director who focuses on Chinese social issues through character-driven storytelling. He is a documentary branch member of the Academy of Motion Picture Arts and Sciences. Fan has directed six feature-length documentary films, most recently Still Tomorrow, winner of a Special Jury Award at the 2016 International Documentary Film Festival Amsterdam (IDFA). Fan’s other films include My Land (screened at Berlinale 2016 and supported by Sundance Documentary Fund) and The Next Life (screened at IDFA 2011 and winner of Best Documentary Feature at the Guangzhou International Documentary Film Festival). Fan’s work has also screened in competition at Hot Docs, Full Frame, Sheffield Doc/Fest, Busan International Film Festival and dozens of other festivals around the world. Fan studied at the famed Beijing Film Academy and is now based in Chongqing, China.

(www.pbs.org/pov/engage/)POV’s Community Engagement and Education team works with educators, community organizations and PBS stations to present more than 800 free screenings every year. In addition, we distribute free discussion guides and standards-aligned lesson plans for each of our films. With our community partners, we inspire dialogue around the most important social issues of our time.

(www.pbs.org/pov/)Since 1994, POV Spark has driven new storytelling initiatives and interactive production for POV. The department has continually experimented with web-based documentaries, producing PBS’ first program website and the first Snapchat-native documentary. It has won major awards for its work, including a Webby Award and over 19 nominations. Now with a singular focus on incubating and distributing interactive productions, POV Spark continues to explore the future of independent nonfiction media through its co-productions, acquisitions and the POV Labs, where media makers and technologists collaborate to reinvent storytelling forms.

(www.amdoc.org)American Documentary, Inc. (AmDoc) is a multimedia company dedicated to creating, identifying and presenting contemporary stories that express opinions and perspectives rarely featured in mainstream media outlets. AmDoc is a catalyst for public culture, developing collaborative strategic engagement activities around socially relevant content on television, online and in community settings. These activities are designed to trigger action, from dialogue and feedback to educational opportunities and community participation.