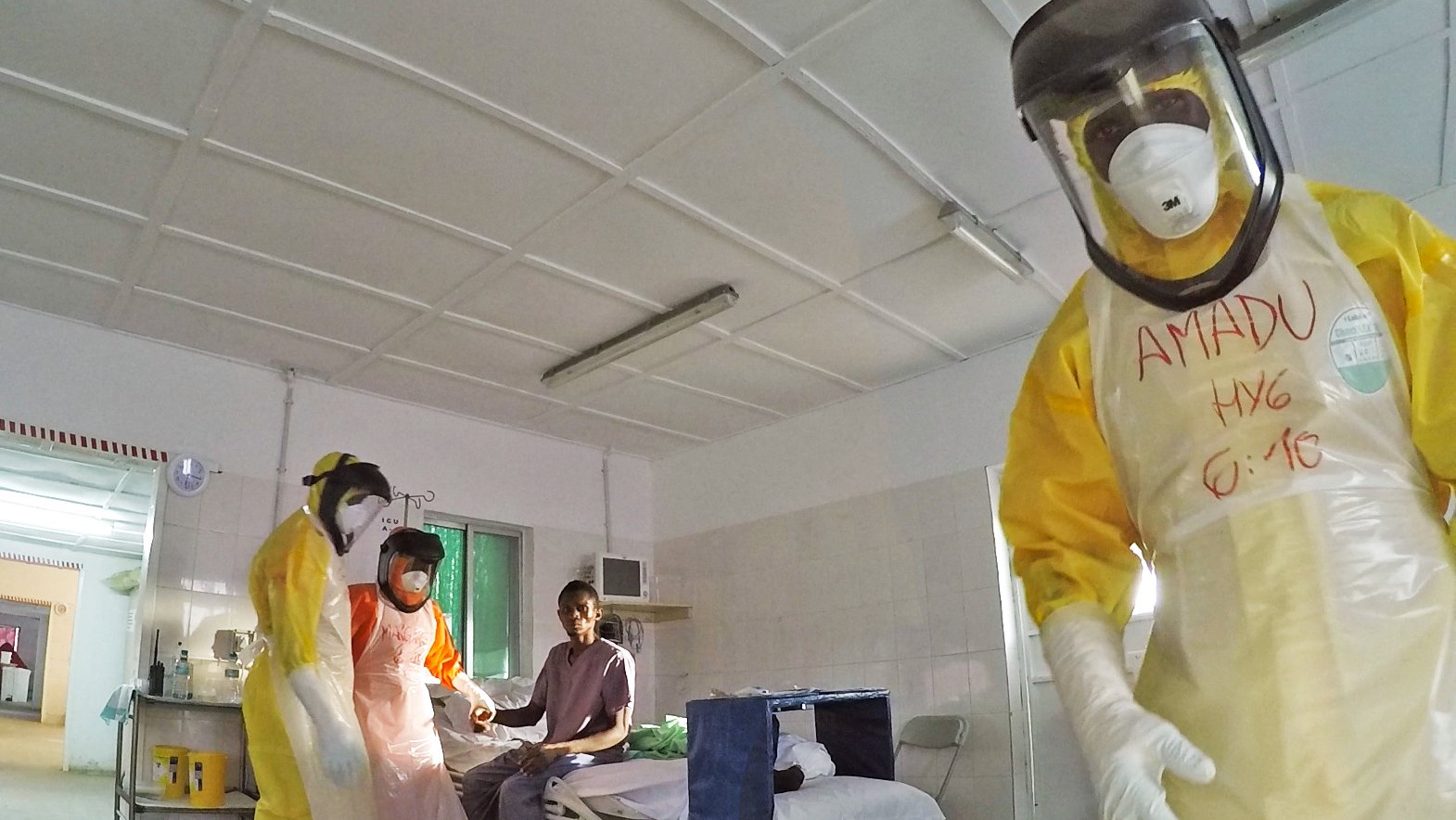 Exploring the Outbreak from the Perspective of Those Who Lived It

The 2014 Ebola outbreak is remembered as one of the most widely feared epidemics in recent memory. As the virus spread through West Africa, hysterical media reports outside the region fanned the flames of anxiety. However, according to Sierra Leonean filmmaker Arthur Pratt, the “role that locals played in combating the outbreak was grossly underreported.” Pratt adds that “preoccupation with the foreign experience” overshadowed the contributions of West Africans.

With the collective efforts of other filmmakers, Pratt created Survivors, an emotional and gripping documentary that will have its national broadcast and streaming debut on the PBS documentary series POV and pov.org on Monday, September 24, 2018 at 10 p.m. (check local listings). POV is American television’s longest-running independent documentary series, now in its 31st season.

Pratt brings the viewer to the communities of Sierra Leone to follow a few of the unsung heroes who were first on the scene, before international resources parachuted in. Pratt documents his own experience, along with the experiences of many others who risked death to manage this epidemic, all while holding their families together.

Survivors goes beyond the images of bodies being carried in white sheets amid screams and cries of despair. Ebola is seen as an “enemy” that shatters the true foundation of a culture and community. Pratt explains, “[Physical] contact is part of our everyday life. It’s virtually impossible for me to meet someone in the street without having a handshake, or a hug… [so] with the advent of Ebola, it’s like everything that makes me who I am is under attack.”

Those who fall ill are kept in isolation, separated by walls, tents and even protective clothing worn by healthcare workers. However, this does not deter nurse Margaret from hugging a colleague who contracted the disease while treating other patients. It does not stop Mohamed, an ambulance driver, from carrying a man on his back to be treated for Ebola. It also does not discourage nurse Kadija from holding and comforting a sick child who is taken from his mother to seek treatment. These individuals quickly learn that Ebola cannot be managed within the bounds of established protocol and procedures: they take matters into their own hands to help save the lives of others.

Despite their best efforts, they feel overridden by international aid workers who arrive late yet take over. There is anger when these workers make a move to fire Mohamed, considered a hero for the sacrifices he has made. “We have been out in these streets sacrificing our lives, and they use us like a tool,” responds Kadija. “When Ebola started, where were you?”

“The compassion exhibited by West Africans as they worked to combat Ebola, despite living with fear and chaos, is inspiring,” said Chris White, executive producer of POV. “As Survivors shows, Sierra Leoneans were far from helpless and dependent during the epidemic tragedy. They refused to watch their communities and culture disintegrate in the face of the virus.”

Arthur is a Sierra Leonean filmmaker and community leader based in Freetown, Sierra Leone. Pratt is a co-founder of the Sierra Leone Film Council, the country’s first media-makers’ union. He has started and leads multiple community film and theater groups, collaboratively writing and performing films and plays with ex-combatants, former child prostitutes and community members. He is a co-founder and manager of the WeOwnTV Freetown Media Center in Sierra Leone. His numerous film credits include CHARITY (writer/director), which received awards at the Pan African Film Festival, Cinema by the Bay and Semana del Cine Experimental de Madrid; Black Sugar (director/writer/camera); They Resisted (director/writer); Hustler (director/writer/camera).

Lansana “Barmmy Boy” Mansaray is a multi-talented director of photography, filmmaker and musician who lives in Freetown, Sierra Leone. A founding member and the current production manager of the Freetown Media Center, he has been honored by the British Council on numerous occasions. Film Credits include YOUTH (director), CHARITY (camera), They Resisted (director of photography) and Disability Is Inability (director of photography), currently in production. He has worked as a cameraman and fixer on many award-winning international productions, including Decisions, Girl Rising, They Are We and the Emmy-winning The African Americans: Many Rivers to Cross.

Banker White is a multi-disciplinary artist and filmmaker based in San Francisco. He is the director/producer of the award-winning documentary The Genius of Marian, which premiered at the Tribeca Film Festival and was broadcast on POV in September 2014. His work has been supported by the Sundance Institute Documentary Fund, the National Endowment for the Humanities, the National Endowment for the Arts, the MacArthur Foundation, the Tribeca Film Institute, Impact Partners, LEF, Doc Society, SFFILM, the Center for Cultural Innovation, the Catapult Film Fund and the Fledgling Fund. White also directed Sierra Leone’s Refugee All Stars (POV 2007). The film was nominated by the International Documentary Association for best feature in 2006; won grand jury awards at AFI Fest, Full Frame Documentary Film Festival and Human Rights Watch Film Festival; and earned audience awards at SXSW and the Miami International Film Festival. White also co-founded the WeOwnTV Freetown Media Center, a collaborative filmmaking and storytelling project in Sierra Leone that is supported by Creative Capital, Freedom to Create, the Bertha Foundation and Bay Area Video Coalition.

Anna Fitch is an Emmy award-winning director. Her natural history and science documentaries have aired on the National Geographic channel, Channel 4 and PBS. She won an Emmy for directing BugWorld: War of Two Worlds, which also received a Wildscreen award and was a Best Popular Science and Natural History Program finalist at the Banff Television Festival. Fitch co-directed the feature documentary The Genius of Marian, which premiered at the Tribeca Film Festival and was broadcast on POV in September 2014. The film also received support from the Sundance Institute Documentary Fund, the National Endowment for the Arts, the Tribeca Film Institute, Impact Partners, LEF, Britdoc, the Catapult Film Fund and the Fledgling Fund. Her 2010 narrative short, The Burning Wigs of Sedition, was in competition at many festivals, including the Seattle International Film Festival, Cinema by the Bay, Revelation Perth International Film Festival and Rooftop Films in New York City. It also won a Best of Festival prize at the Black Maria Film Festival and an audience award at SF IndieFest.

Survivors is a co-production of ITVS, a San Francisco-based nonprofit organization that has, for over 25 years, funded and partnered with a diverse range of documentary filmmakers to produce and distribute untold stories. ITVS incubates and co-produces these award-winning films and then airs them for free on public television through weekly series and stand-alone specials and through its digital platform, OVEE. ITVS is funded by the Corporation for Public Broadcasting. For more information, visit itvs.org.