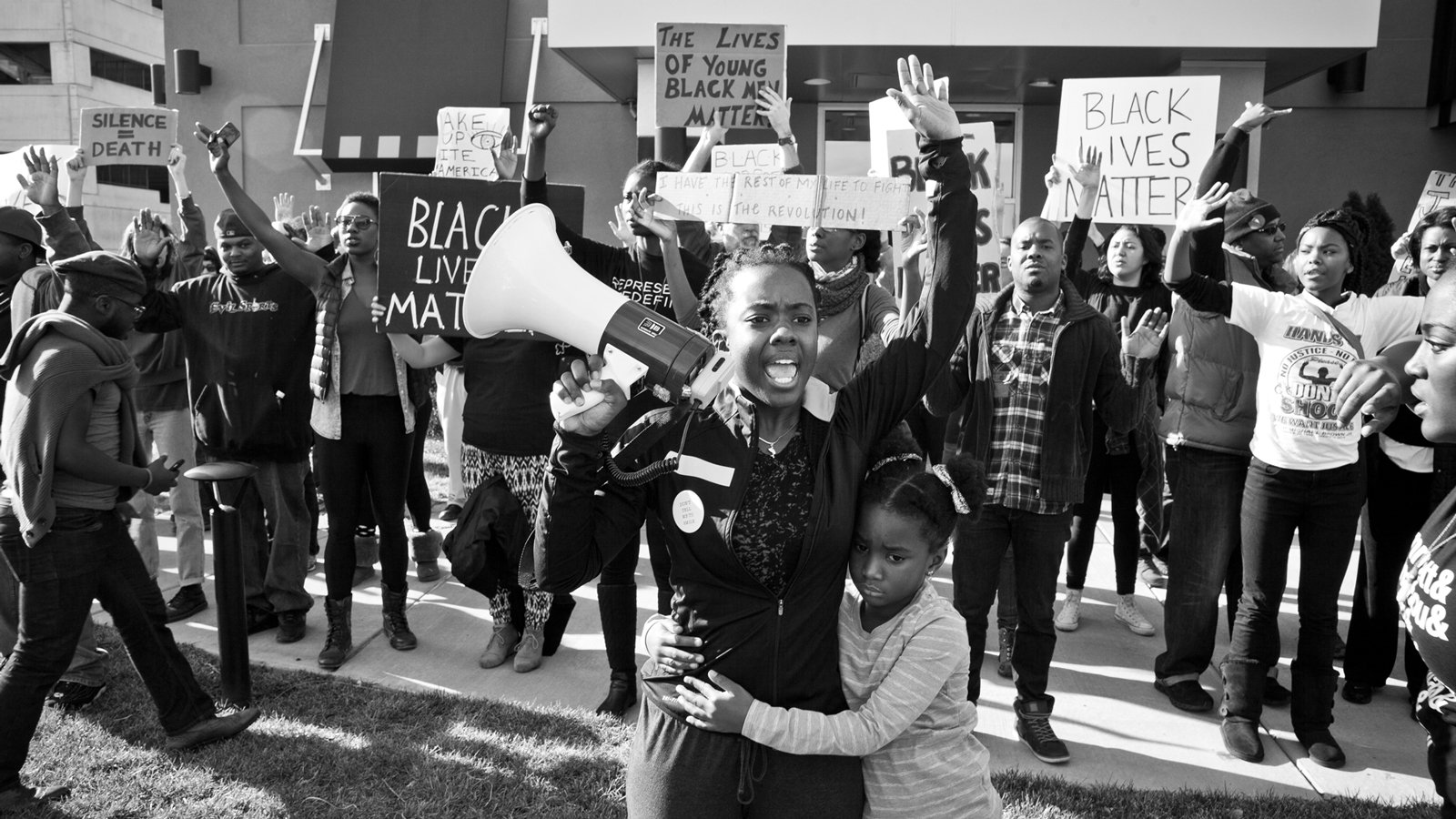 When unarmed black teenager Michael Brown was killed by a white police officer in Ferguson, Missouri, and left lying in the street for hours, it marked a breaking point for the residents of the St. Louis area and beyond. Uniting people from the community and across the nation, a movement—propelled by young activists and Ferguson community members—was born. Told by the local residents and activists on the frontlines fighting for justice, equality and an end to police brutality, Whose Streets? is an unflinching look at the Ferguson uprising and the movement that followed.

Directed by Sabaah Folayan and Damon Davis, Whose Streets? has its national broadcast and streaming debut on the PBS documentary series POV and pov.org on Monday, July 30, 2018, at 10 p.m. (check local listings). POV is American television’s longest-running independent documentary series now in its 31st season. The film is a co-presentation with the National Black Programming Consortium (NBPC) and was an official selection at the 2017 Sundance Film Festival.

The documentary weaves the filmmakers’ footage with cellphone recordings from witnesses who were at the scene of Brown’s murder and the ensuing demonstrations. Quotes from well-known black civil rights leaders and thinkers like Martin Luther King Jr. and Maya Angelou also frame interviews with protestors.

The film focuses on various activists as protagonists, delving deep into their lives after Brown’s death. Brittany Ferrell, a 25-year-old nursing student and mother of a young daughter, is one such activist. In the months following Brown’s murder, she and her partner, Alexis Templeton, founded the group Millennial Activists United.

After Ferrell leaves school, activism becomes her life. With each new protest, Ferrell and Templeton start putting their lives on the line: at one point they blockade a major interstate highway and Ferrell faces arrest.

David Whitt, a husband and father of four, is another charismatic activist. He lives across the street from the spot where Brown was killed. He recounts that he was in his apartment when shots rang out just a few feet outside his door and that masked men with assault rifles rode into town atop firetrucks in the hours following the fatal shooting. Police erected a curtain around Brown’s body to prevent residents from seeing what was happening.

Witnessing this heavy-handed response by police, Whitt picked up a handheld camera and began to film. He and his chapter of Copwatch, a network that documents police activity, become guardians of Brown’s memorial, rebuilding it when it is vandalized and later removed.

“Whose Streets? is a seminal work documenting one of the most pivotal protest movements of our time,” said Chris White, executive producer of POV. “Sabaah and Damon, themselves activists, are uniquely positioned to tell this story. By following those demonstrators and community members embedded in the early protests, we’re provided with multiple access points to digest what the cable news cameras could not. Long ignored, the leaders from Ferguson find an important platform in this film.”

Sabaah Folayan is an activist and storyteller born and raised in South Central Los Angeles. As an advocate at Rikers Island, Folayan interviewed incarcerated people about their experiences with trauma. She later helped organize the Millions March, one of the largest marches for racial justice in New York history, in response to the non-indictment of the police officer who choked Eric Garner to death. Folayan attended the Lee Strasberg Theatre and Film Institute as a teenager and performed as a member of the Black Theatre Ensemble while a pre-med student at Columbia University. In September 2014, she went to Ferguson, Missouri, with cinematographer Lucas Alvarado-Farrar to learn the truth behind the dramatic scenes playing out on the news. Whose Streets? landed her a spot on Filmmaker Magazine’s annual “25 New Faces of Independent Film.” Folayan recently directed an episode of Get Schooled, a web series from Glamour magazine’s Girl Project presented by Maybelline. She was a 2015 Firelight Media Impact Producer Fellow, a 2016 Chicken & Egg Pictures Accelerator Lab Fellow and a 2016 Sundance Institute Documentary Edit and Story Lab Fellow.

Damon Davis is an award-winning interdisciplinary artist who works and resides in St. Louis. Davis has work in the permanent collection at the Smithsonian National Museum of African American History and Culture and has exhibited at the Museum of Contemporary African Diasporan Arts in Brooklyn and the Museum of Contemporary Art San Diego. His work as the founder of independent music and art imprint Far Fetched has been widely recognized, and Davis has received the Riverfront Times MasterMind Award and Best Hip Hop Producer S.L.U.M. Fest Award. The documentary short A Story To Tell, which profiles Davis, won an Emmy Award. Filmmaker Magazine selected Davis as one of its “25 New Faces of Independent Film” in 2016. Davis was a 2015 Firelight Media Impact Producer Fellow and a 2016 Sundance Institute Music and Sound Design Lab Fellow at Skywalker Sound. Whose Streets? is his first feature-length documentary.

POV’s Community Engagement and Education team works with educators, community organizations and PBS stations to present more than 800 free screenings every year. In addition, we distribute free discussion guides and standards-aligned lesson plans for each of our films. With our community partners, we inspire dialogue around the most important social issues of our time.

Since 1994, POV Spark has driven new storytelling initiatives and interactive production for POV. The department has continually experimented with web-based documentaries, producing PBS’ first program website and the first Snapchat-native documentary. It has won major awards for its work, including a Webby Award and over 19 nominations. Now with a singular focus on incubating and distributing interactive productions, POV Spark continues to explore the future of independent nonfiction media through its co-productions, acquisitions and the POV Labs, where media makers and technologists collaborate to reinvent storytelling forms.

Movies with a Mission: 'The Neutral Ground'

POV Wins 3 Awards including Best Documentary for 'Advocate,' at the 2021 News & Documentary Emmys POV: North by Current | Press Kit POV: Things We Dare Not Do | Press Kit
More from The Press Room